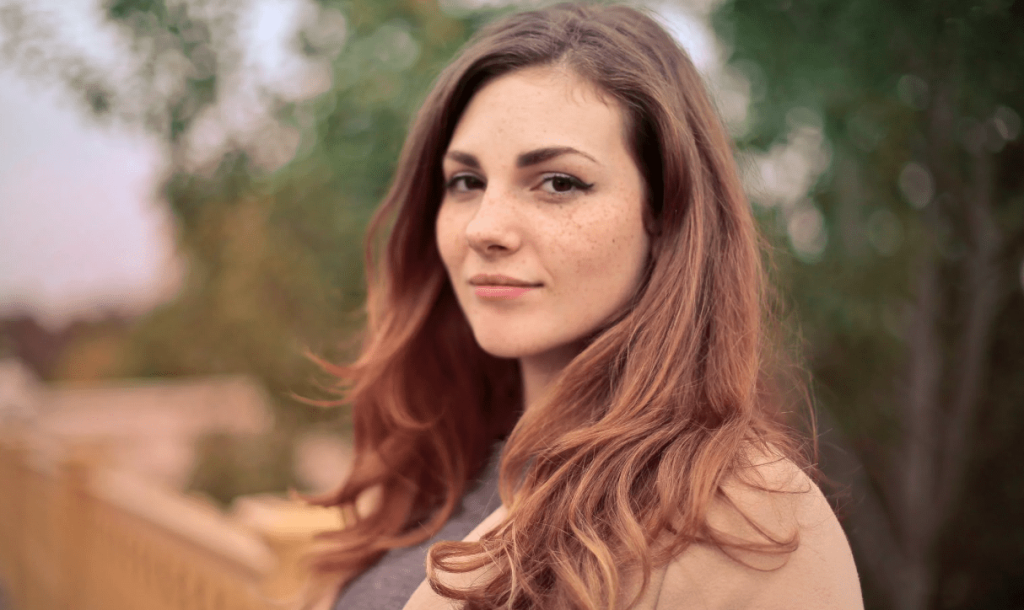 Today we have before us another intriguing installment of a thought-provoking question from Reddit’s “Am I the A-hole?” page.

In this post, a mom turned to the people of Reddit to ask their opinion on whether or not it was the wrong move to not make her daughter invite a boy in her class with special needs to her birthday party.

Aita for not making my daughter invite the special needs student in her class to her birthday party.

My daughter is in the second grade, her birthday is coming up and we have a pool party planned at our park district for her birthday with her classmates. One student in her class, let’s call him Tyler, is nonverbal autistic. I’ve met him a few times, and he’s a sweet kid, but yeah nonverbal autistic. He is in my daughters class partially but leaves midway through the day to go to a special program or something.

Now I told my daughter she can either invite all the girls, or the entire class. I am not letting her invite specific people and single anyone out. She ended up choosing the whole class, but my daughter, as respectfully as a second grader could be, asked me if it was okay if Tyler did not receive an invite. She said he’s barely in her class and doesn’t really know anyone, and it might be tough for him to be at a pool party.

I talked to my husband about this and we ended up deciding that she does not have to invite him. She has to give out her invitations through mail however, because I do not want him seeing her giving invitations out.

Anyways, I was talking about this at my work with a couple other nurses and a few of them thought I was being horrible by telling her she didn’t need to include the child with special needs. I said that I do not have any experience handling special needs children, and I didn’t know if he would need special assistance or even need his mom or a caretaker there the whole time. A coworker told me I made a huge mistake by “teaching my daughter that it’s okay to exclude those who are different”. Idk if I’d read that much into it.

Readers on AskReddit were pretty harsh to his mom and they didn’t hold back when it came to letting her know their true feelings.

Here are some of the more interesting responses.

Yeah, they didn’t hold back… 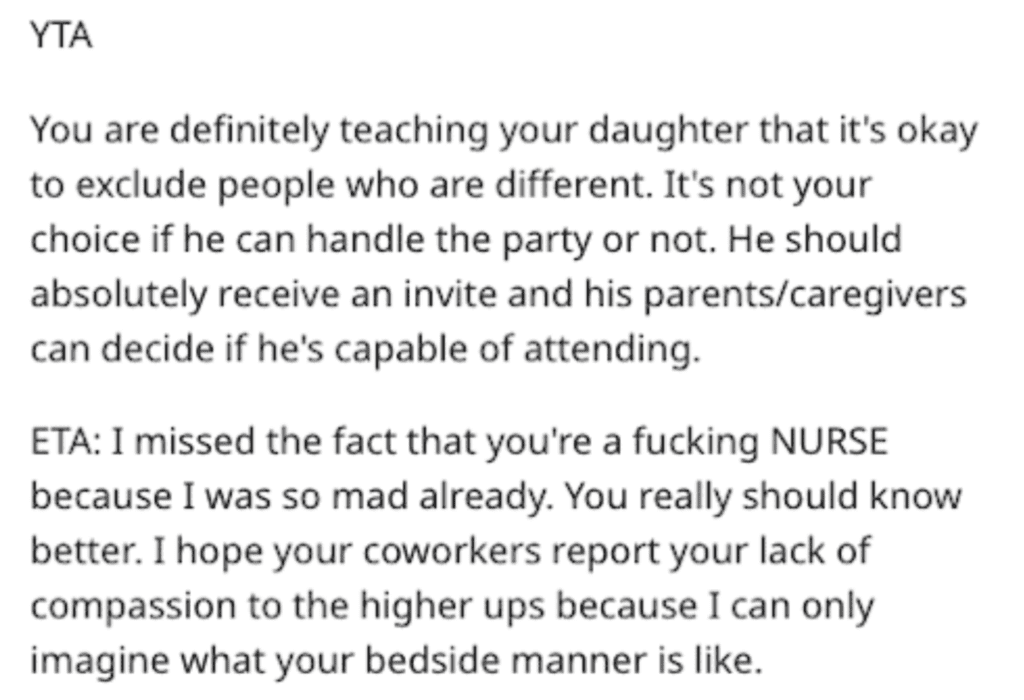 After all, what would that kid’s parents think?

Because you’re the adult. You need to be bigger than that.

However, at least one person could understand the perspective…

Parents, have you had this experience before in regard to your kids and their get-togethers?

Tell us in the comments, we’d love to hear what you have to say.