You’ve seen this scenario play out in airports around the country many times, I’m sure. A parent or parents struggling to keep their emotional, hysterical child under control in public, sometimes to no avail. And you’ve seen the look of desperation on a parent’s face if they happen to be traveling without a partner. 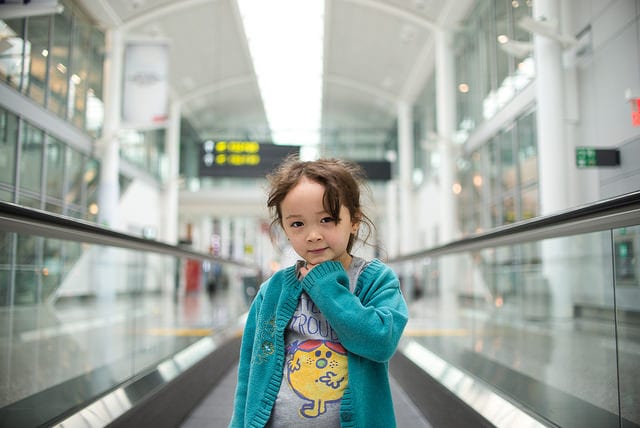 Becca Kinsey was traveling alone with her two young kids, aged 2 and 5, and she shared a story that has since gone viral. She was totally overwhelmed when kind strangers stepped in to help her out. No doubt these ladies have been in this situation before.

“So I thought it was a good idea to fly by myself with a 2 yr old and a 5 year old we were standing in line in security, on the verge of tears because Wyatt was screaming and James was exhausted. Out of the blue, one mom stops the line for security and says “here, jump in front of me! I know how it is!”

Wyatt fell asleep and I was trying to carry everyone’s carry-on when another mom jumps out of her place in line and says “hand me everything, I’ve got it”. When I said thank you to both of them they said “don’t you worry, we’re going to make sure you get on that flight.”

The second woman takes evvvverything and helps me get it through security and, on top of all that, she grabs all of it and walks us to the gate to make sure we get on the flight. To top it all off, Wyatt starts to scream at take off before he finally falls back to sleep. After about 45 min, this angel comes to the back and says “you look like you need a break” and holds Wyatt for the rest of the flight AND walks him all the way to baggage claim, hands him to blake, hugs me and says “merry Christmas!!”

Here is a photo of the woman holding Becca’s son on the flight. 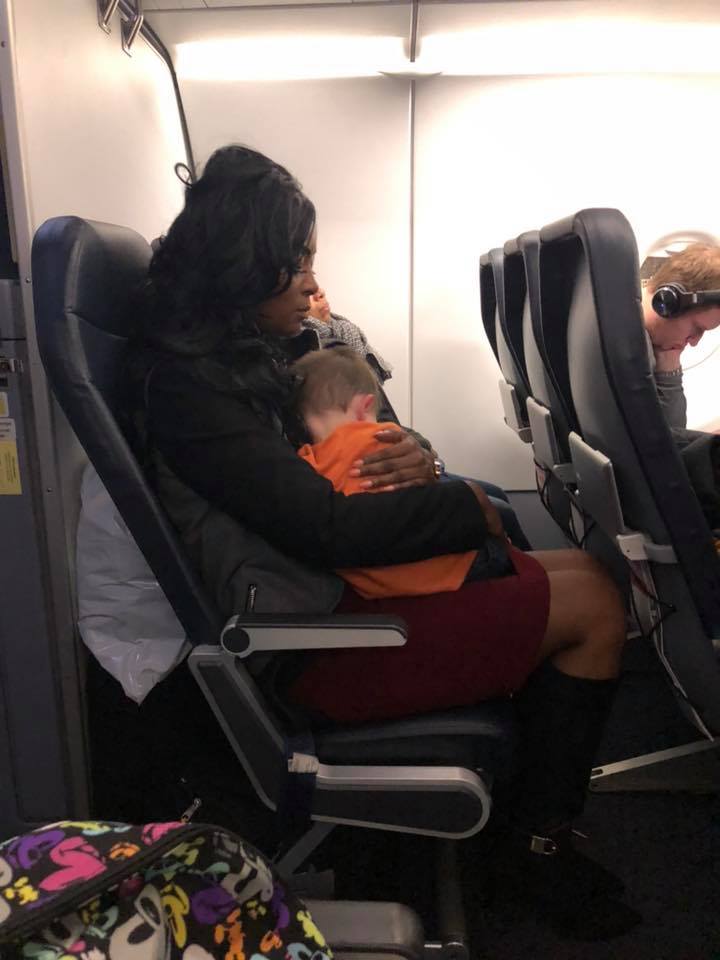 And Kinsey later added this to her post to encourage people to pay it forward.

“EDITED!! Pay it forward 🙂 We were on our way home from Disney World when 3 amazing women stepped up and helped me out. What if everyone that shared the story went to Kidd’s Kids and made a $5 donation?! Kidd’s Kids take children with life-threatening and life-altering conditions on a 5 day trip to Disney World so they can have a chance to forget at least some of the day to day stressors and get to experience a little magic!!

We need to see A LOT more of this out there.

Help each other out, people!