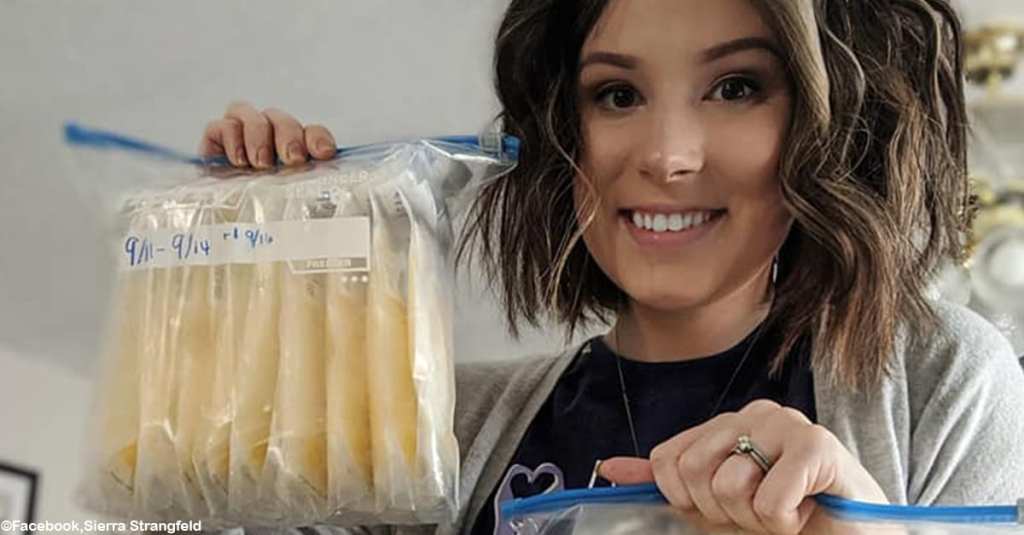 Mother Donated 500 Oz. of Breast Milk After Her Son Died Shortly After Birth

This is an extremely sad and tragic story, but also one of perseverance and kindness on the part of a woman named Sierra Strangfeld.

Strangfeld was 20 weeks pregnant when she learned that her second child, a boy, wouldn’t survive due to a disease called Trisomy 18, or Edwards’ Syndrome. Most babies who have the rare condition die from an early miscarriage or shortly after birth.

“It was earth-shattering, not knowing what our future held. Not knowing if we’d get to meet our baby or not.”

Strangfeld continued to go to her regular check-ups and two months later she learned that her son would likely pass away in utero within the next week. She pushed for a C-section delivery and the boy, who she named Samuel, survived for three hours outside the womb. Strangfeld was able to hold the baby in her arms and that meant a lot to her.

But I could control what I did afterward. It was the last, physical thing connecting me to him here on Earth.

I couldn’t save Samuel’s life, but by donating my milk, maybe I could help save another baby’s life.”

So Strangfeld decided to donate the 500 ounces of breast milk she had pumped to the neonatal intensive care unit.

“It was a good feeling, knowing I was going to help someone else in need. But it was also very emotional.

I could feed a complete stranger’s baby, but didn’t get to feed my own. Samuel was the reason I had milk to give, and I would do that in his honor.

I tried to look at it in a more positive light, and It was actually much harder (mentally) to stop pumping than I thought it would be!”

She added, Our goal is to have a non-profit organization is Samuel’s name called Smiling for Samuel — we have big hopes and dreams to carry on his legacy.”

A sad story, but a very unselfish act for a mother who was determined to help out other peoples’ newborns.