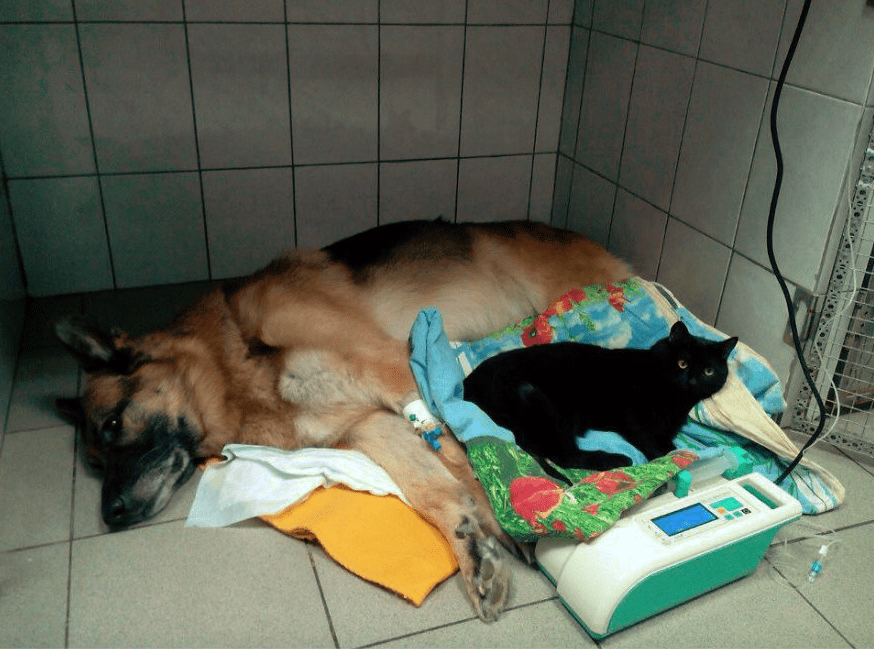 A black cat named Lucifer had a bad accident when he was younger which left him with a permanently damaged spine. He is paralyzed now, but lives a very nice life at the Perm, Russia, vet clinic where he was saved. 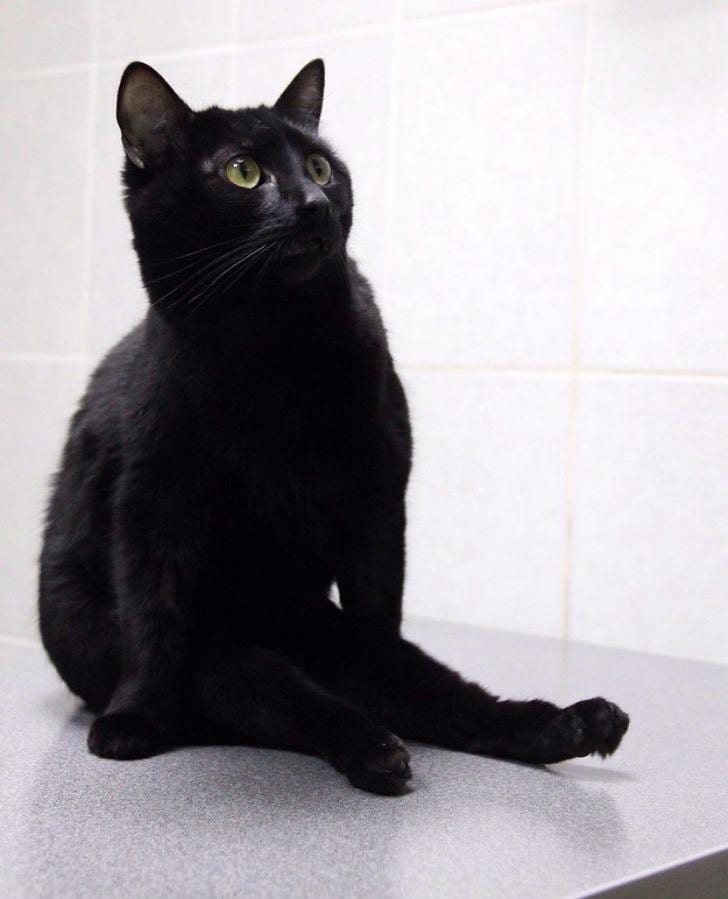 Lucifer has some use of his limbs and he even learned how to drag himself around the vet’s office. Staffers noted how he seemed to know when the other animals visiting the clinic were suffering because he would go visit them. 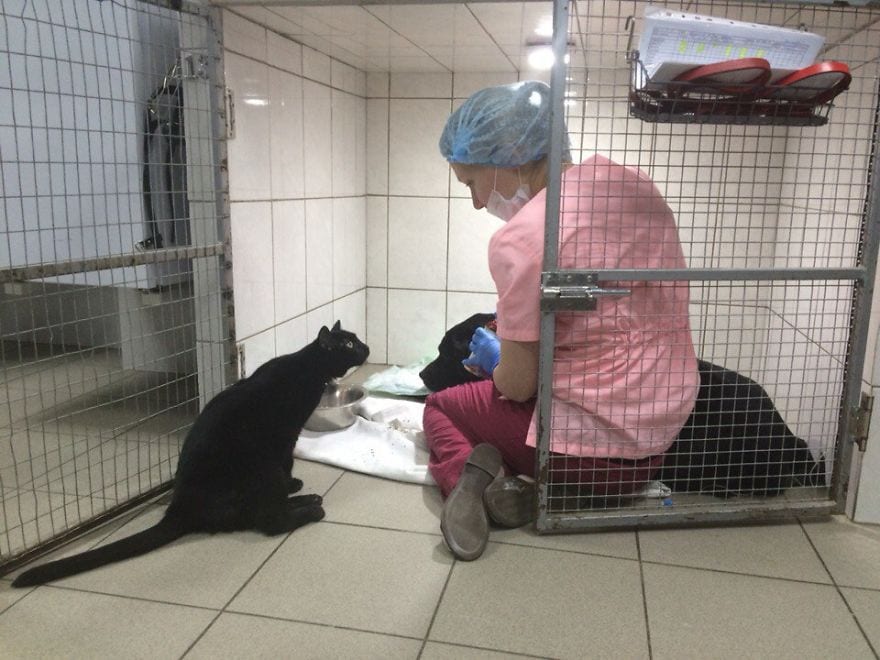 Far from being a bad omen because of his black fur, and despite his dark moniker, he’s often found cuddling up next to the scared and injured animals at the clinic, keeping them warm and comforted. 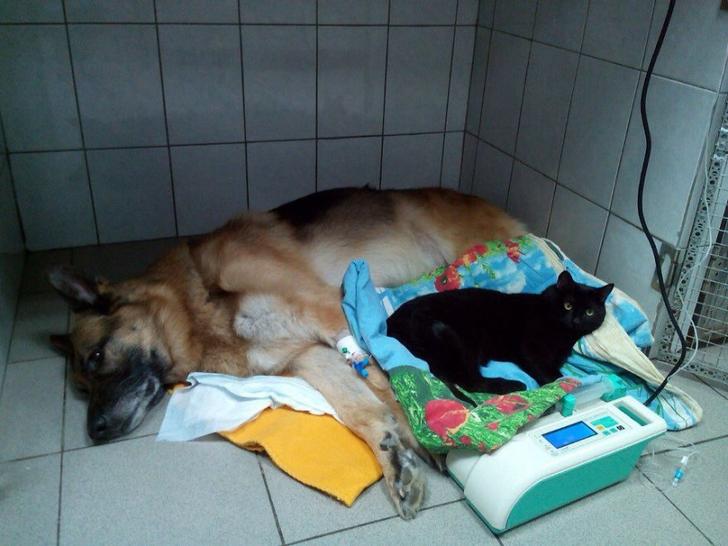 He’s also served as a blood donor to injured cats. His disability never prevents him from wanting to help.

He acts as a honorary nurse visiting all the animals in need of a friendly, furry face, including dogs and rodents.

Luc, as staffers call him, seems to have natural compassion and heart for nursing the sick and hurting, as he was once in their place and survived. All the staffers think he’s a cuddly helper. He’s just a kindly kitty who wants to give back to the friendly folks who saved his life.