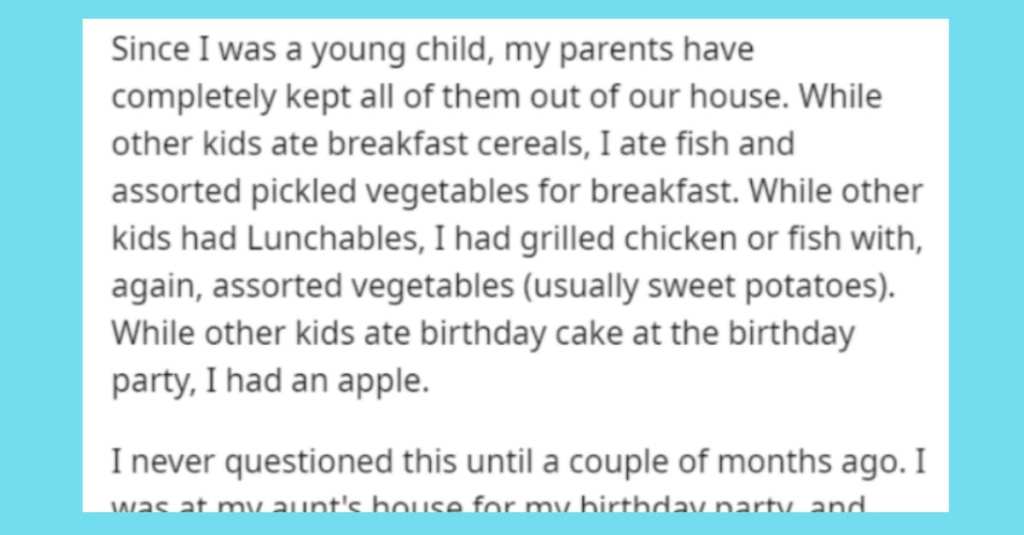 Son Finds Out Parents Lied About His Food Allergies and Is Furious. Is He Wrong?

Most of us don’t make it through childhood completely unscathed, but if we’re lucky, we can escape our formative years without a ton of baggage.

One nineteen-year-old isn’t so lucky. After finding out that his parents lied to him his entire life about his supposed food allergies, the kid stopped talking to his parents completely.

The way he found out is pretty bizarre, actually.

The saga begins by the teen explaining that he’s been on a pretty strict diet his entire life. 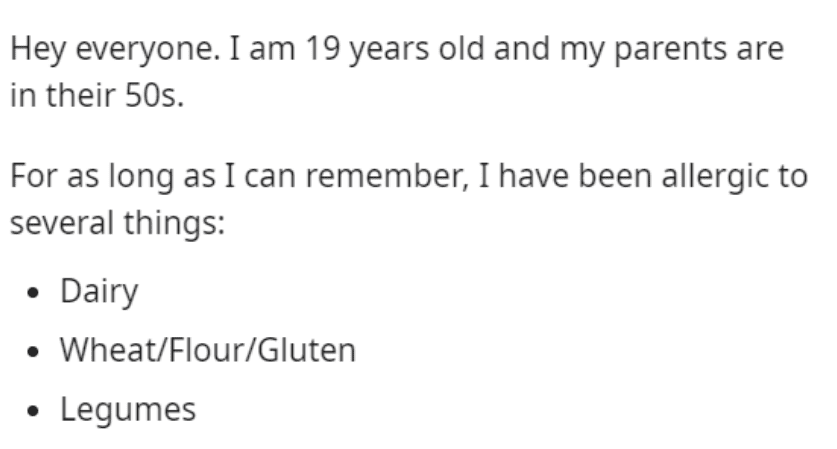 That’s a pretty tough list! He goes on to explain that up to now, living with his allergies has just been part of life. 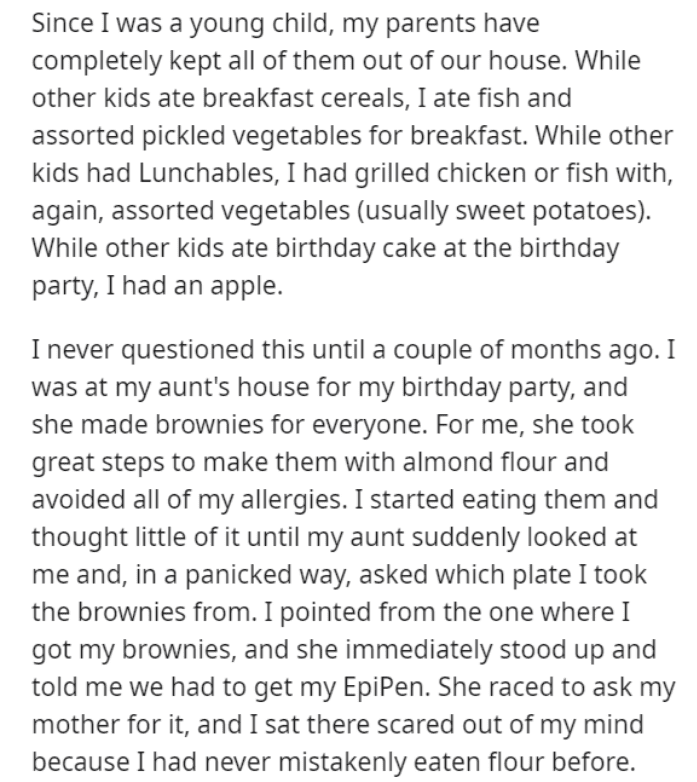 That had to be pretty scary!

But it’s here that the story gets a little strange. 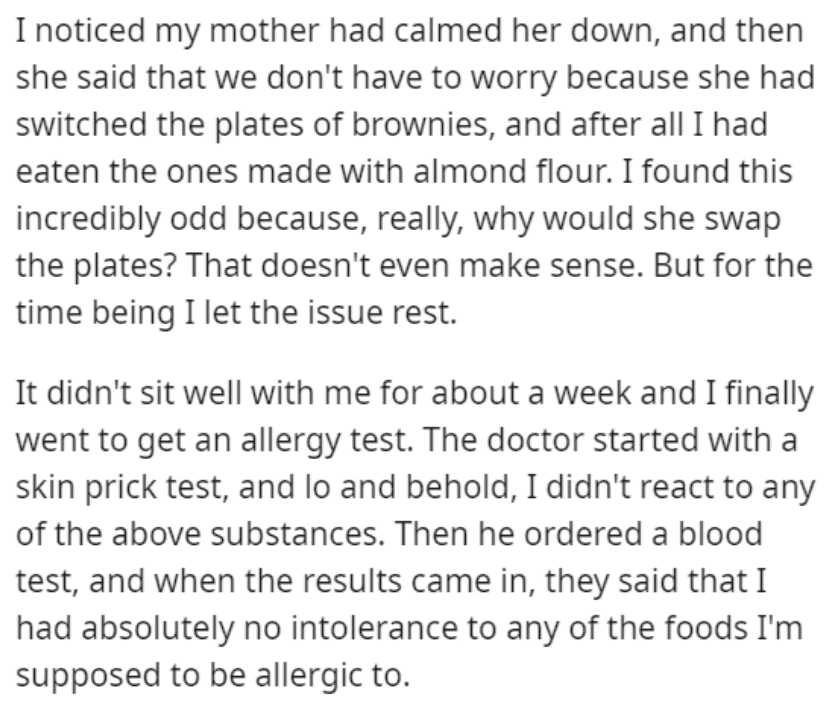 What a wild way to find out that your parents have totally been lying! That had to be really hard.

The son ended up confronting his mother, and her explanation is a little bizarre. 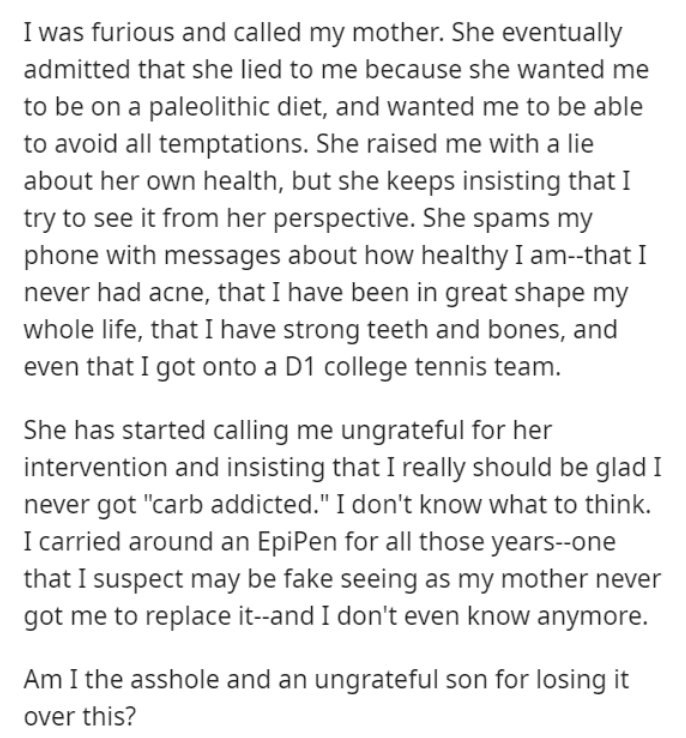 Before who responded to the post were totally flabbergasted.

They were also quick to point out that what his parents did was wrong. 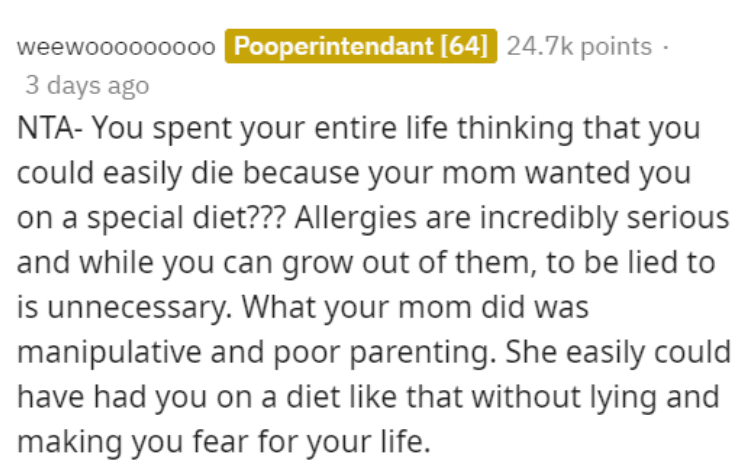 Another person agrees that the kid is definitely not in the wrong here.

They also say that other family members need to know the truth. 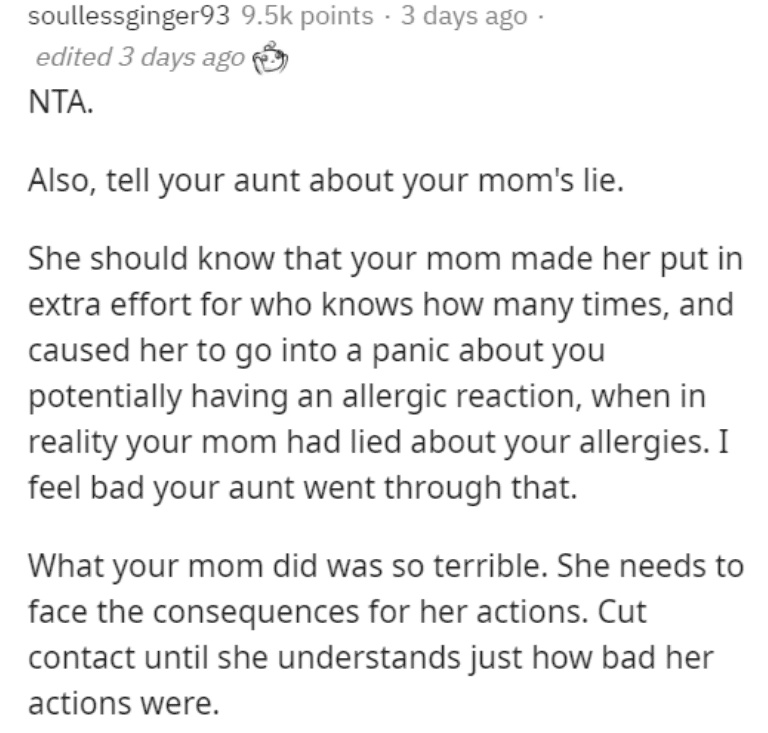 And finally, people hope that this kid really, really gets to start trying all this new food now… especially cheese. 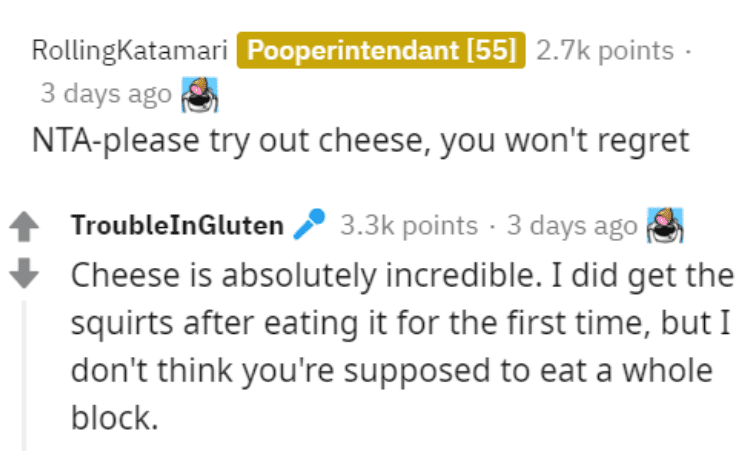 Can you believe his parents did this?

Have you ever heard of parents doing something like this?

Tell us the story and let us know which part of this just blew your mind in the comments!