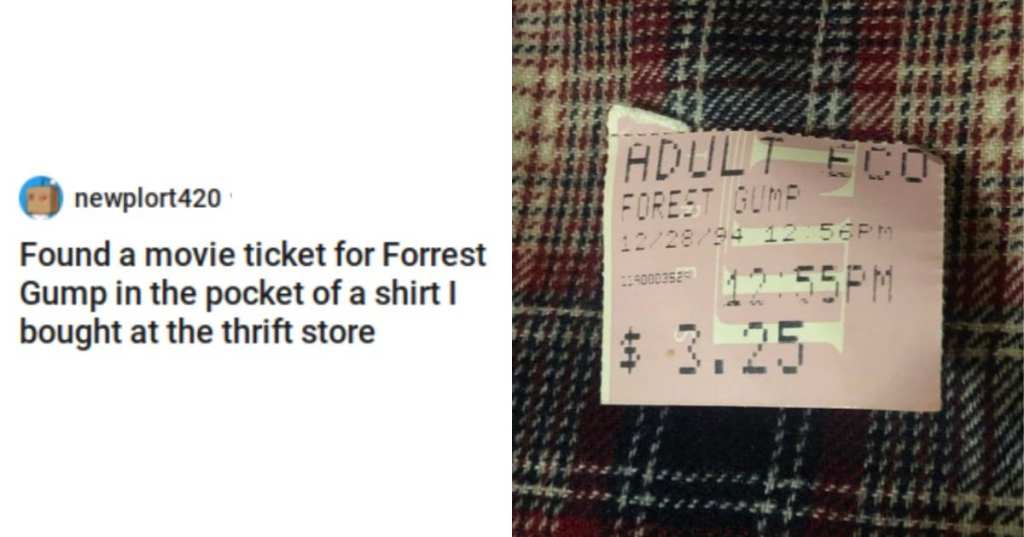 Every time I walk into a thrift store, I have this excited feeling in the back of my mind like I’m going to find a treasure.

I’m not sure what it would be, or what I’m even HOPING it would be, but the thought just starts to overtake me that maybe this time, I’ll discover something that’s gone overlooked or unappreciated, buried in time, that will open up all new joys for me.

So far nothing quite so lofty has happened, but I have found some stuff I enjoy (mostly old electronics I absolutely do not have room for.)

These folks on Reddit, though? They found some strange treasure troves for sure. Let’s have a look.

“WARNING – May be habit forming.” I’d call that the understatement of the century.

This very old bottle of cocaine we found in my pharmacy. from mildlyinteresting

Believe it or not, something this simple was once a very expensive buy.

Found my old, still working MP3 player with more than 3000 songs of my late teenage years from mildlyinteresting

Contrary to popular belief, the Pledge of Allegiance had nothing to do with the formation of the United States. It was adopted in the early 20th century, and “under God” wasn’t added until the Red Scare of the 50’s.

My mom went to the USSR in 1985 and still has a Soviet pack of cigarettes. from mildlyinteresting

Wait, what were you doing in the ceiling?

This Sprite can I found in the ceiling of an old mall. from mildlyinteresting

Ok that’s cool as heck. Gonna be a ghost portal, though.

Why did these go away?

My mom has two vacuum’s from the same company with nearly a 100 year age difference. from mildlyinteresting

That is STRAIGHT out of an over-written indie flick.

This picture of my parents never actually happened, but two separate photos that fit perfectly together from mildlyinteresting

To be fair, that actually meant something for his generation. For us it’s more like a participant trophy.

My Great-Grandfather’s social security card was made out of metal, not paper from mildlyinteresting

Cool finds all around!