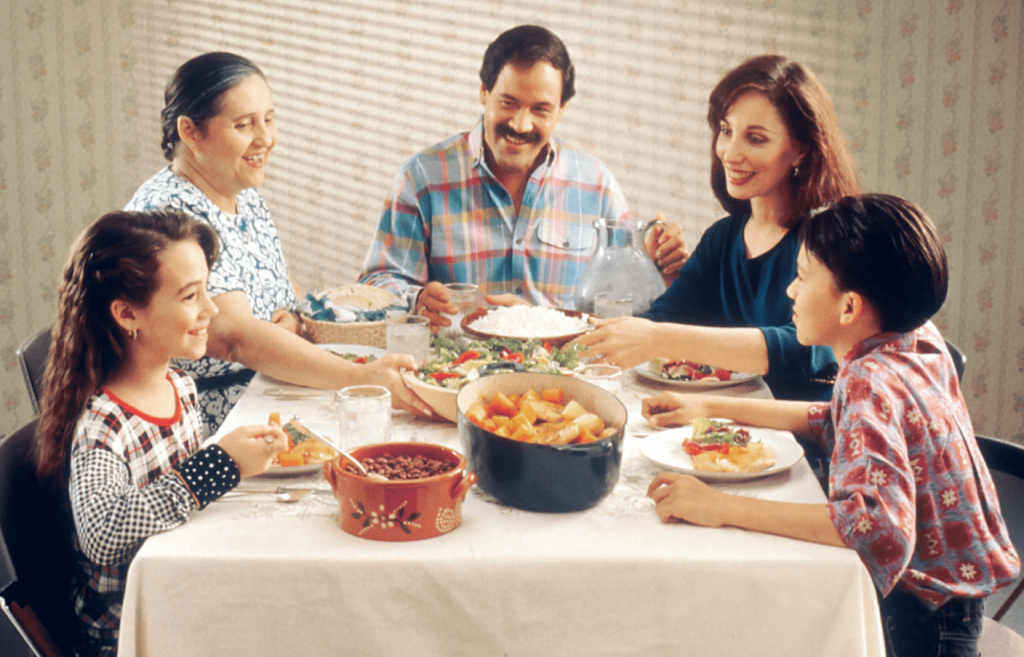 People Talk About the Strange Rules Their Families Have

Every family is different and every family has their own rules and traditions that they live by.

Some are good, some are bad, and SOME ARE WEIRD.

But, to each their own, right?

Let’s jump into these responses from AskReddit users.

I was a stay at home dad and did most of the cooking. After dishing up and serving everyone, I’d plate my food just in time for everyone to come back for seconds, which i would dish up for them.

After a couple years of eating lukewarm food (and the kids were big enough to dish up their seconds) I made the rule so I could actually have a hot meal. I still enforce this rule.”

“Most of the shows we watch are recorded live, and then watched later in the week.

Mother cannot control the remote, as she will skip the commericials and go 5 minutes further, then spend just as long getting back to the correct stop as it would have been to watch the commercials in the first place.”

“My family always has 2 dogs, you may insult the younger dog as much as you want, but you must never insult the elder dog.”

4. Whatever floats your boat.

“You know how most people worship cats?

We do that, but for ducks.”

“We’re all incredibly sarcastic and kinda rude to each other. It’s how we show love but to avoid any actual hurt feelings if anyone ever says the exact phrase ‘stop teasing’ it’s over and everyone apologieses.

Grew up with this rule and trust me kindergarten was a rough awakening when bullies don’t bend over backwards at my magic phrase.

Overall good way to grow up goofing around and joking with family but make sure no one is actually offended when you roast them nonstop over something stupid.”

6. This is very specific.

“When there are multiple dessert options after a large family meal, the lime jelly must be included in the options offered to everyone, but nobody may accept the lime jelly. Only my stepdad may have the lime jelly.

The strange thing is that this was never a conscious decision we made, and it was never really noticed until I was seventeen. It was the first time my now partner was invited to a big family meal. After the meal, my grandma told us the dessert options as usual, then looked to my partner first as he was a guest. He politely asked for lime jelly.

For the awkward silence that followed, he might as well have asked if he could eat the cat. Then there was this weird awkward conversation where we had to explain the lime jelly rule which we’d never consciously thought about before.

It ended with my stepdad, for the first time in the four years he’d lived with us, deciding to have a different dessert so my partner could have the lime jelly.

Americans – I think you call it jello? The smooth wobbly stuff, not the stuff you put in sandwiches.”

“We have a “First Day” rule. You are not allowed to ask to play with or use any toys/items of your siblings on the first day they receive them. So birthdays and holidays that you get presents, you do not have to share with the others.

“When a guest leaves you need to walk out to their car with them no matter what the weather.

We were taught its a sign of care and respect for the guests.”

“When a guest leaves you need to walk out to their car with them no matter what the weather.

We were taught its a sign of care and respect for the guests.”

It’s just our way of saying we need some alone time.”

“When eating a meal together, we have a certain sitting arrangement. But when drinking a coffee, me and my mum swich seats.

“No Monopoly allowed. We tried it for a few family game nights. It never ended well.

My wife donated all Monopoly versions.”

“No sweeping or mopping at night.

Mom & dad claim its bad luck but I know it’s cuz they’re tired of us quickly doing our chores as they pull up in the driveway.”

“If you wake up early to go to the bathroom, and you feed the cat, you feed him by the front door so we all know he ate.

Otherwise he’ll scam the next person out of a second breakfast. And sometimes a third person…”

15. Don’t forget to wash the garbage.

“My mother in law must wash all plates before putting them in the dishwasher to be washed. And all garbage must be washed before being put in the garbage can.

If you throw out something, like an empty jar of apple sauce with the lid on it, she will fish it out of the trash, wash it out, then put the lid back on and throw it away.”

Did your family have any weird rules and regulations growing up?

Please tell us about it in the comments.