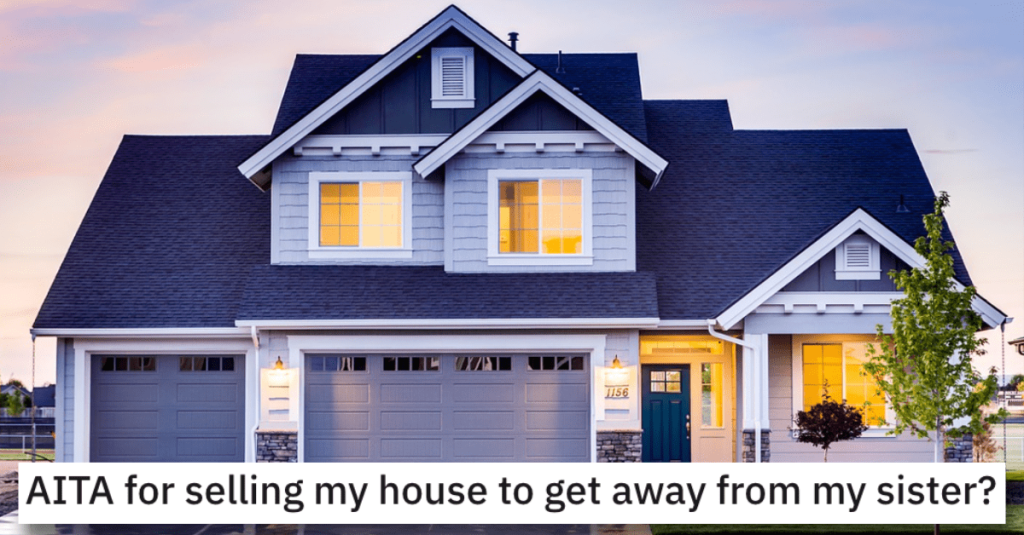 And that might even mean selling your house and moving away.

Check out this story and you decide if you think this person was wrong for how she treated her sister.

AITA for selling my house to get away from my sister?

“I took in my pregnant sister when she almost homeless, kicked out by her bf (father of the baby). We aren’t close but I let her into my home because I didn’t want my nephew to be homeless.

The agreement was I took her in for 3 months and she would find a job and find a place to live in that time. Almost year later she’s still later she hasn’t left and I’m stuck paying for her and her son. Even worse she recently got back together with the bf that kicked her out but hasn’t forced him to pay any child support so I’m paying for everything.

He’s a stinky disgusting a**hole who I banned from the house but my sister keeps sneaking him inn when I’m out. I can afford it as I have a good job but I’m sick of her mooching off me when she could find a job but hasn’t sent out a single resume.

She has had depression in the past and is probably depressed now and so she begged our mom to speak to me on her behalf who keeps telling me when I let her into my home I signed an obligation for life to take care of her son. I’m also single without children so in her eyes I don’t have any obligations now but to take care of her grandson.

Ive been looking for a better job for a while and I just found one. It’s a work from home job but I can’t imagine working with my sister around. I’ve told her I’m selling the house and moving states and she has 2 months to move out.

Now all I’m getting is phone calls from my mother and other family members who know they have to take care of my sister if I leave begging me to keep taking care of her. She is screaming at me for leaving her “on the streets” and I can’t wait for Feb to come early enough.

But I feel kind of guilty looking at my nephew who is going to suffer because both of his sh**ty parents and probably is going to end up like them.

This reader said that the mom should take the sister in if she’s gonna preach about it. 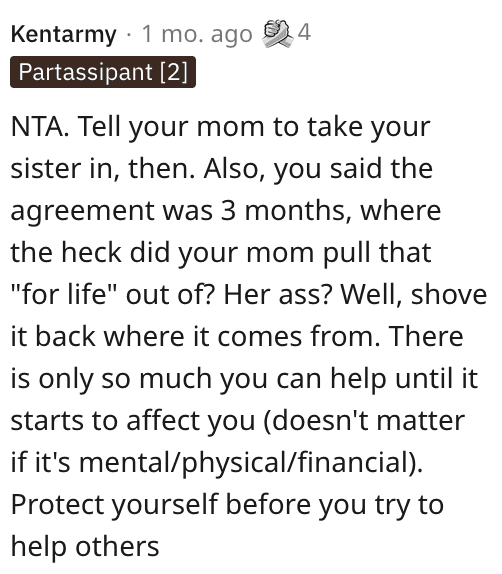 And another individual said that they might need to go the eviction route. 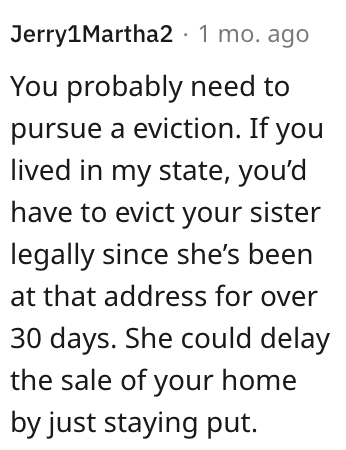 Another Reddit user said that housing their sister is not a lifelong obligation. 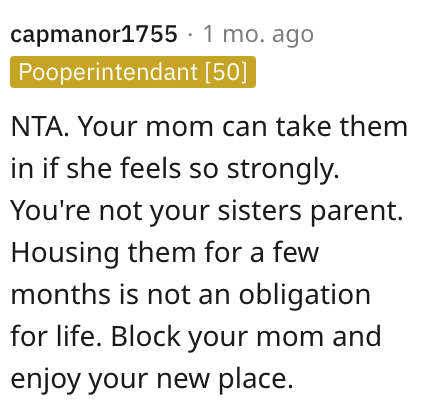