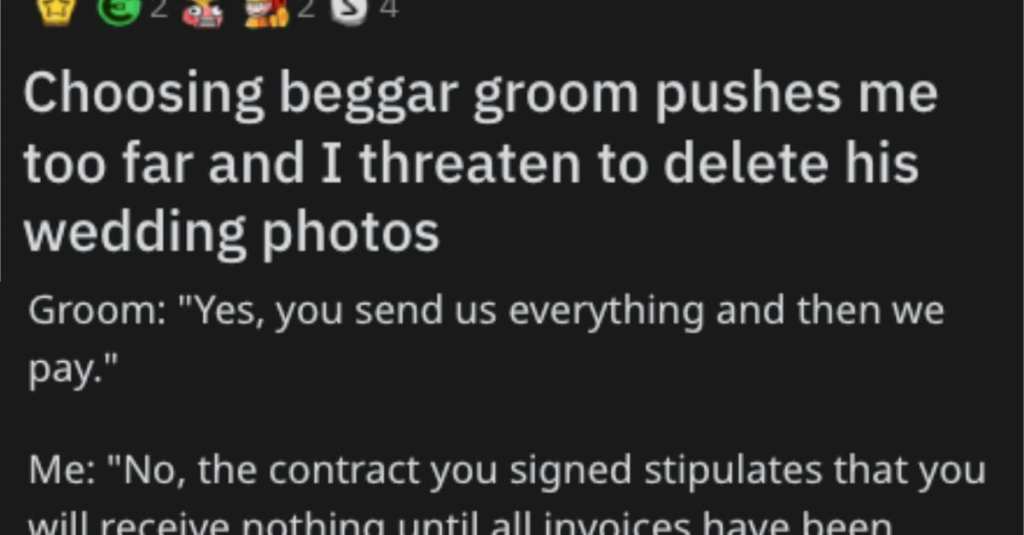 People who have worked in the wedding industry have really seen it all. And while brides often get labeled as being too picky or outrageous, grooms can be just as bad (if not worse).

One person who works in the wedding industry found this out the hard way. A groom he was working with made so many demands, and became so picky, that the person threatened to delete his wedding photos.

It doesn’t really make a lot of sense, but for some reason, some people can’t help but act out on their wedding day.

It all started when the person received a request for a wedding photographer. No big deal, that’s what they do all day: match couples with photo and video people for their wedding. 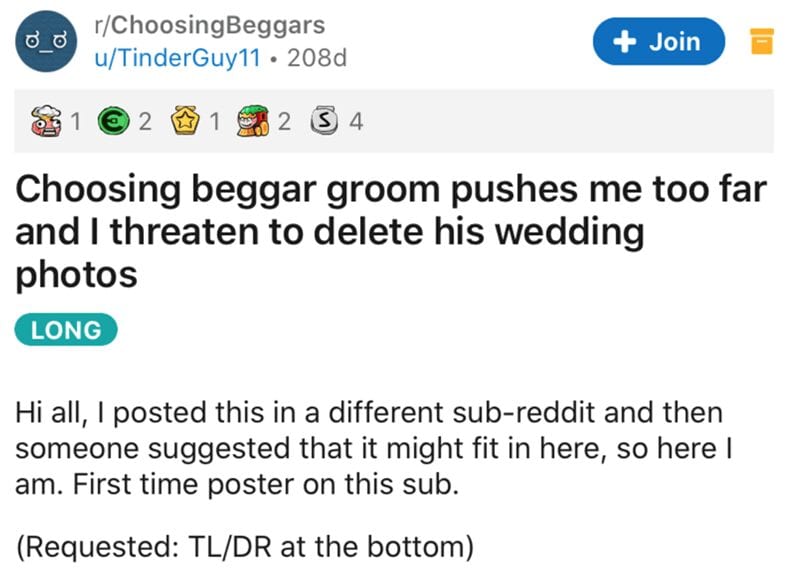 The groom-to-be begins in a suspicious manner. 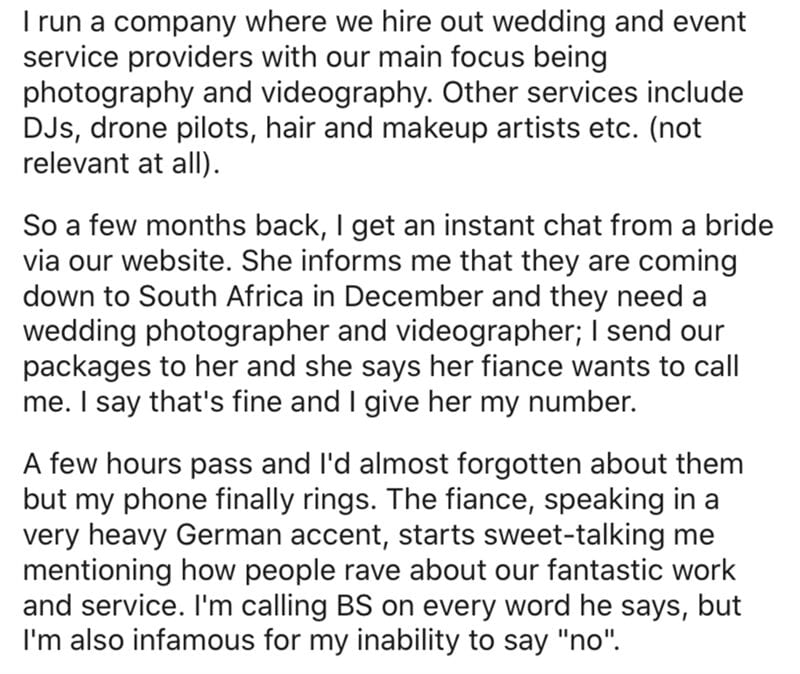 And then he tries to get the standard package for about a third of the price. 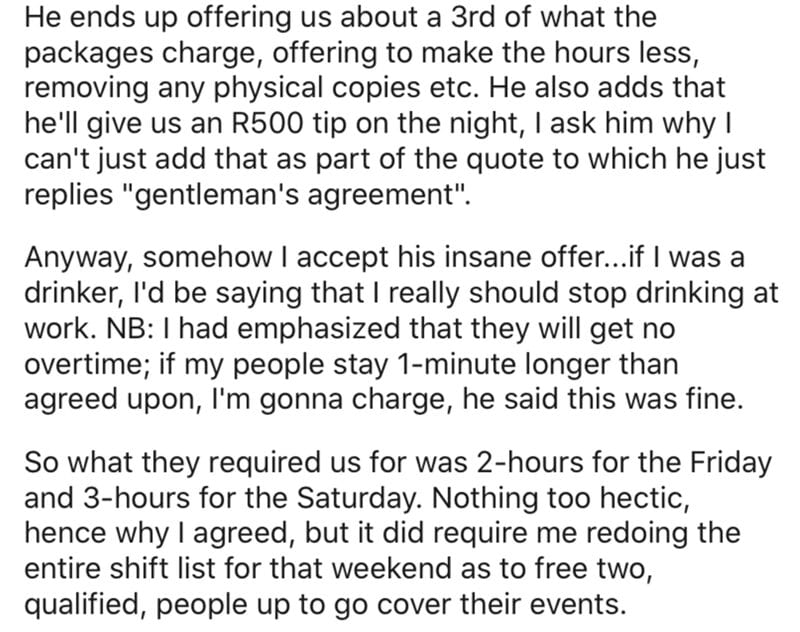 Everything went really well on the first night, so they had no reason to be concerned about night two. 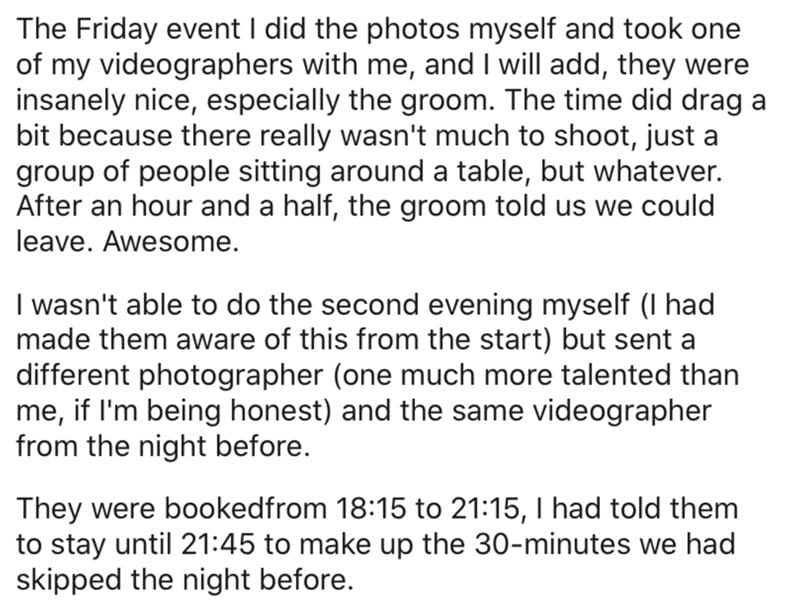 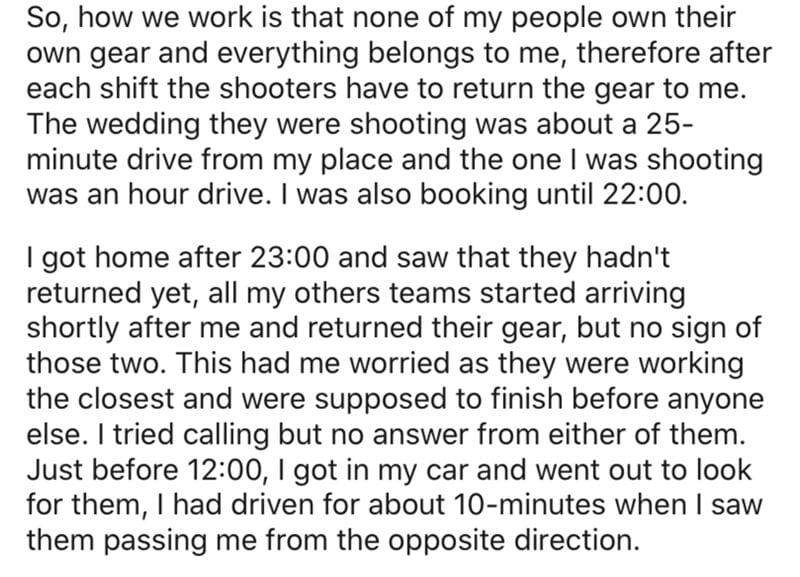 And it sounds like the couple became really, really rude when the owner of the company wasn’t around. 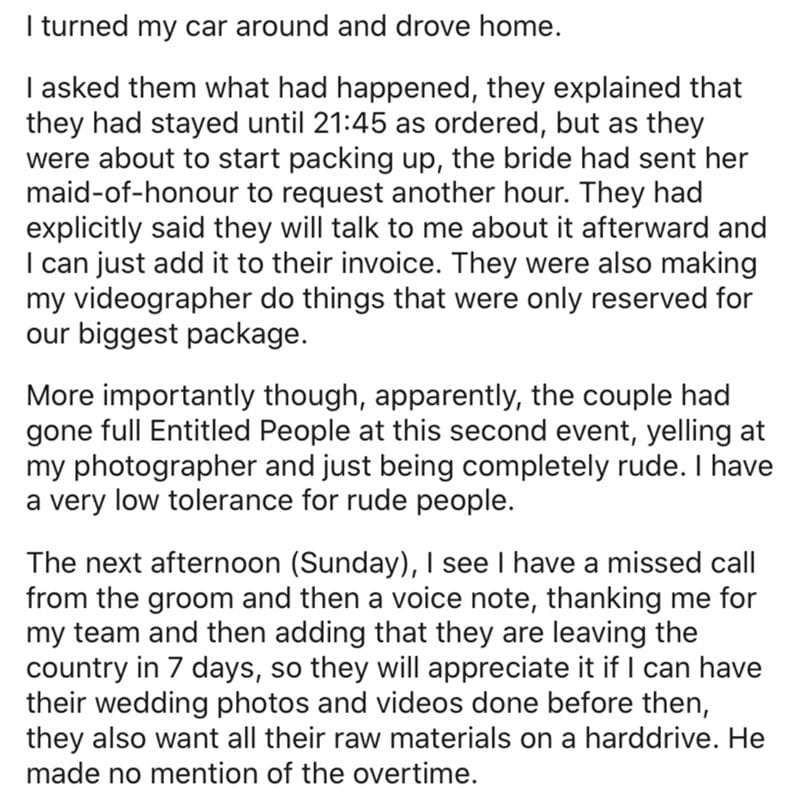 Obviously, the couple signed a contract that has different details. 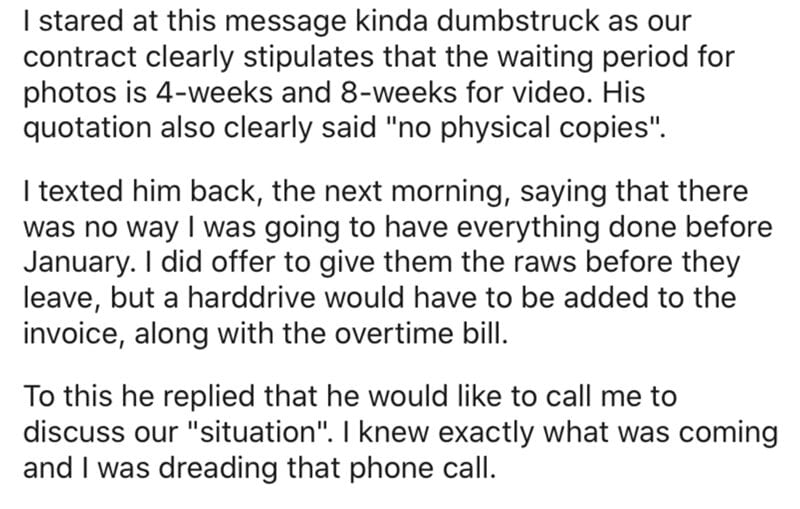 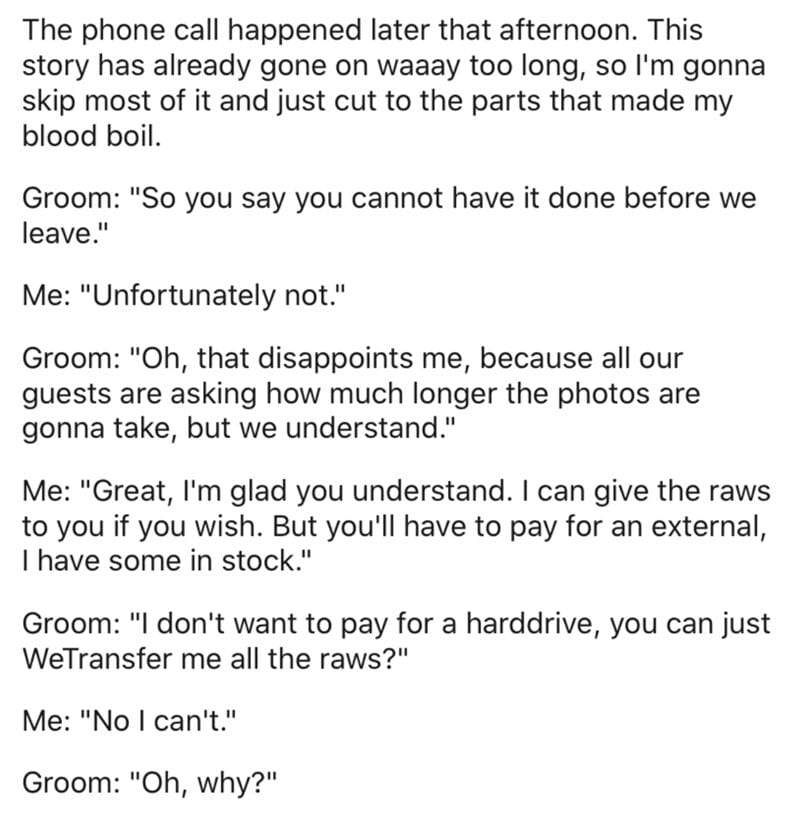 Of course, he tried to fight the extra time, too. 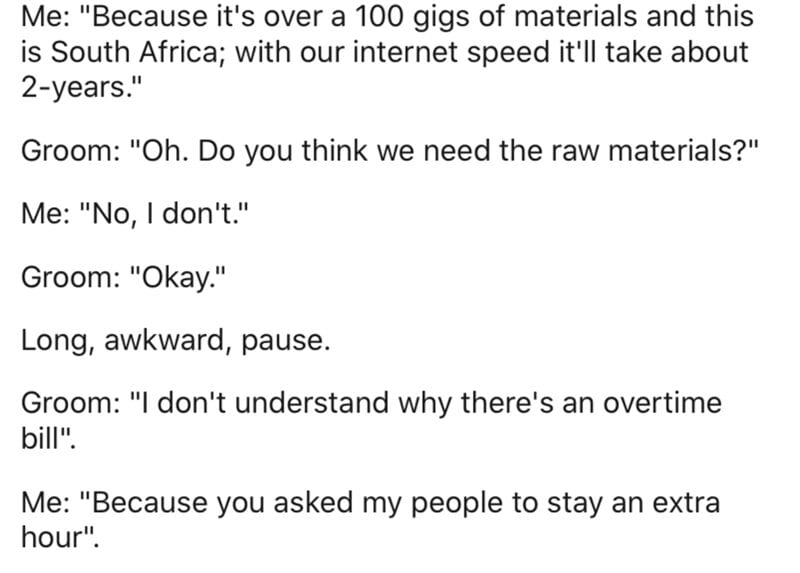 He really tried to push back. 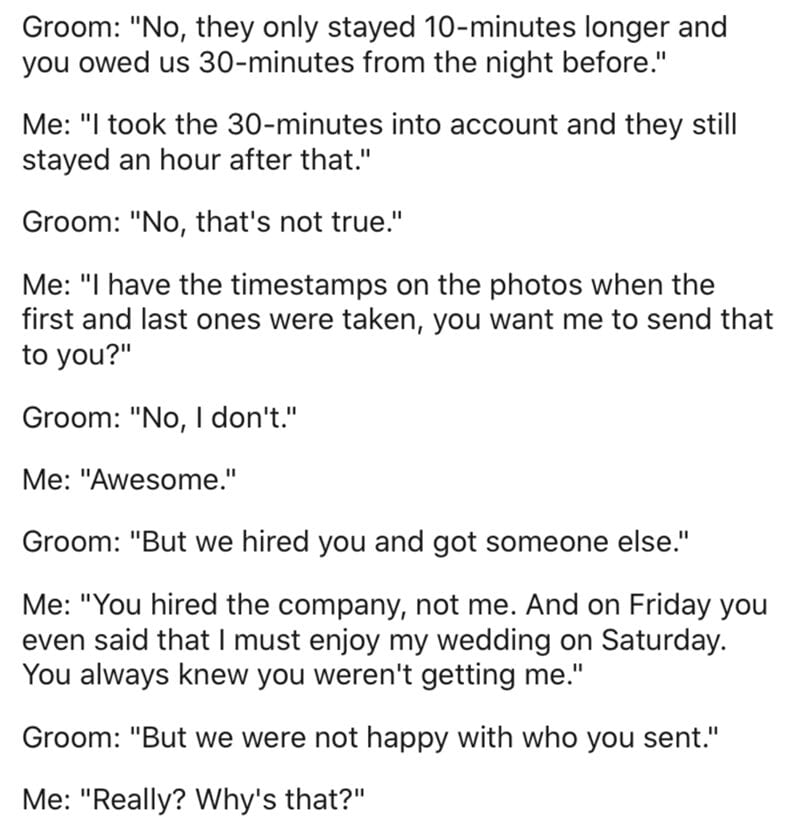 The man also went back on the “gentleman’s agreement,” but no one is really surprised about that. 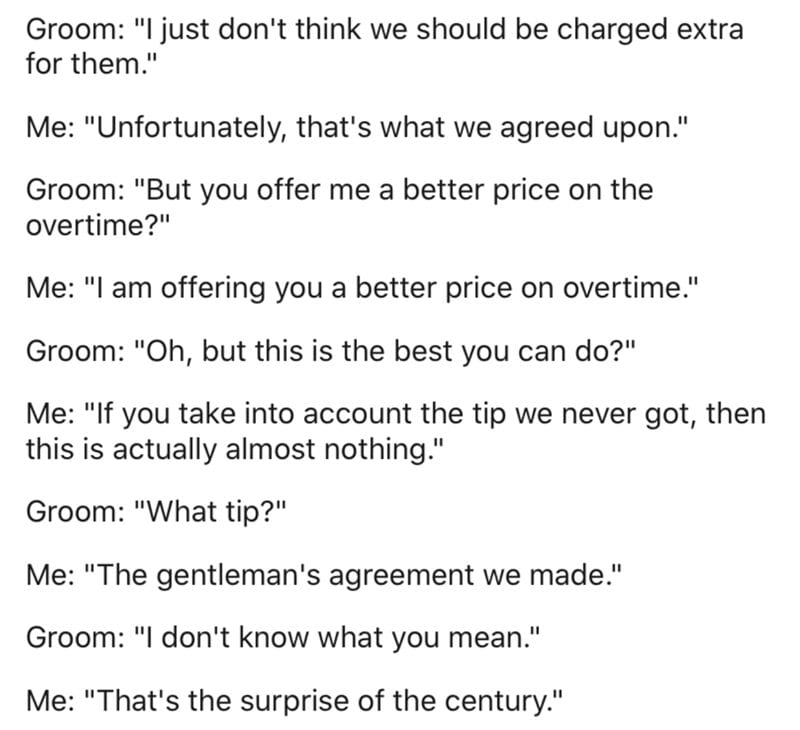 Contracts are everything, guys! 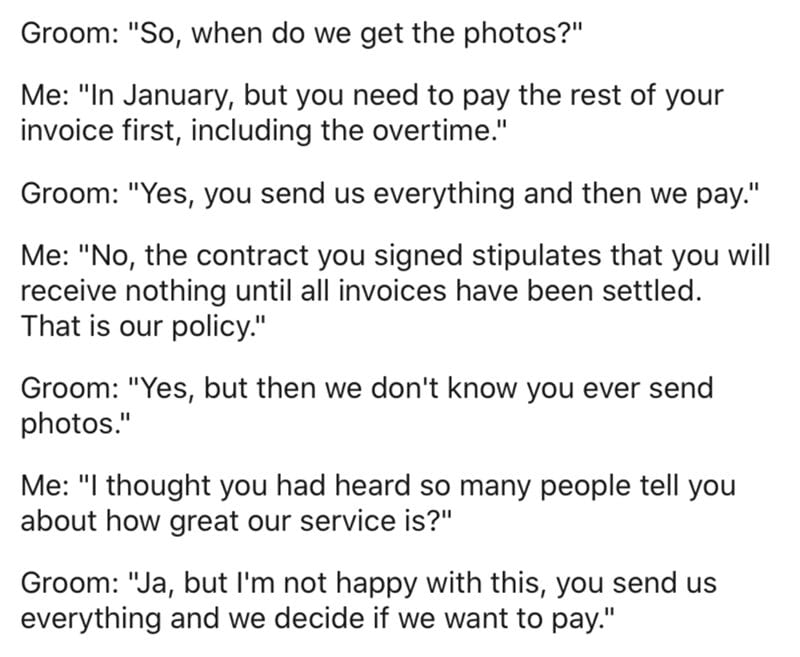 The trust is gone. 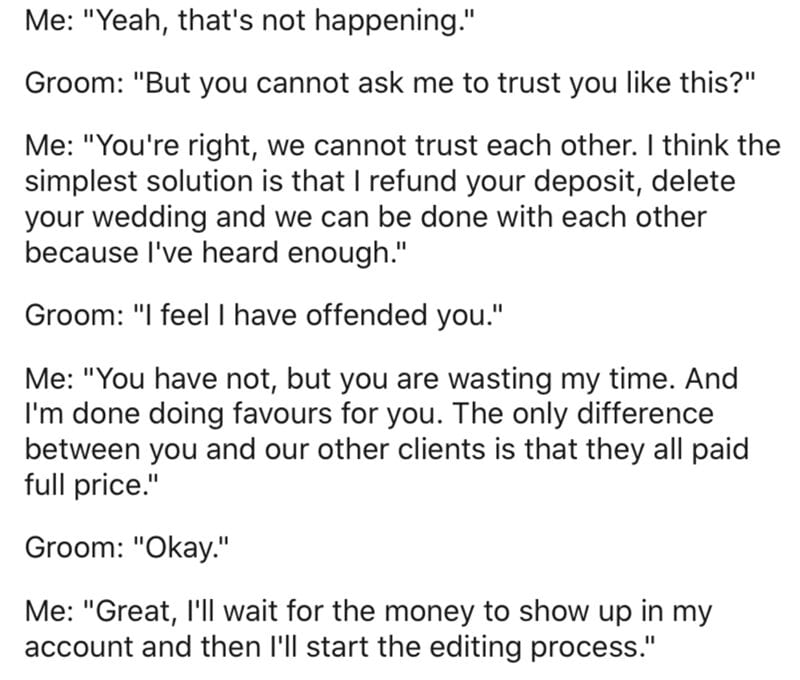 The guy waited for the money to show up before starting to edit a thing, which is a smart move. 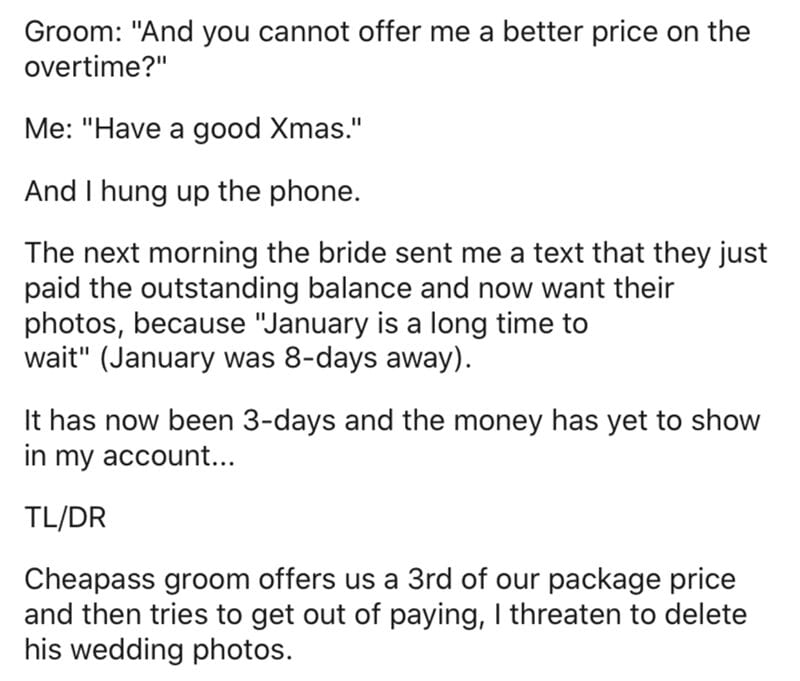 If you think that’s the end of it, surprise! There’s more. 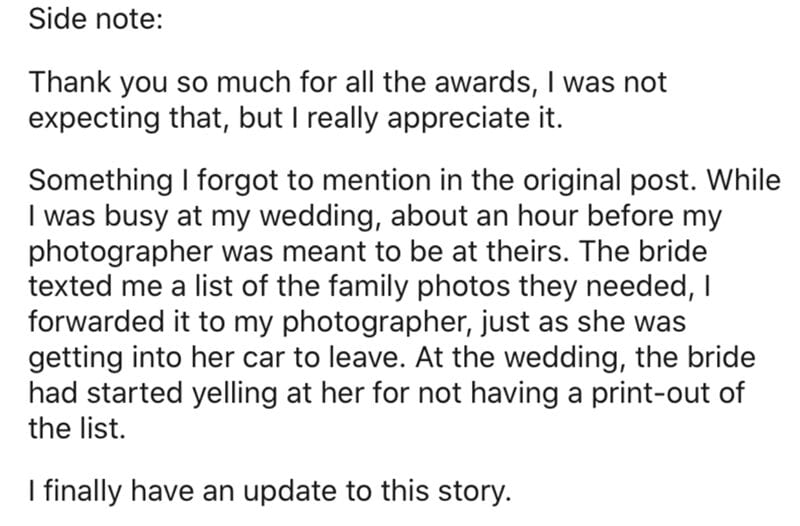 Happily, they did end up paying what they owed. 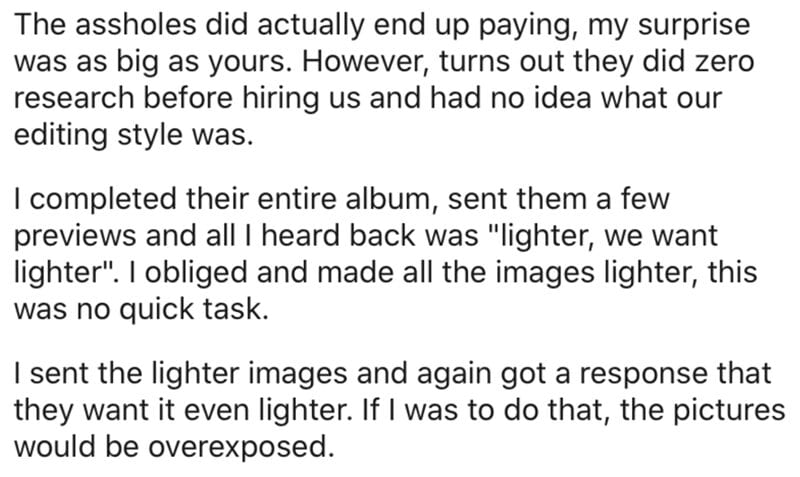 Does it surprise you to find out that the couple kept making editing demands? 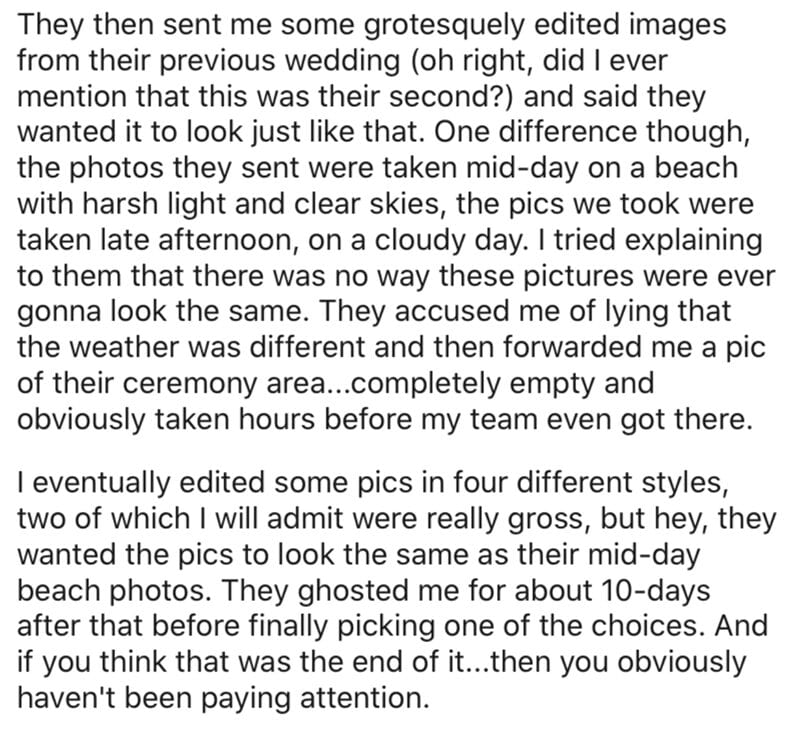 And they even want their facial expressions to be changed.

Can you believe this story? Which part just totally blows your mind?