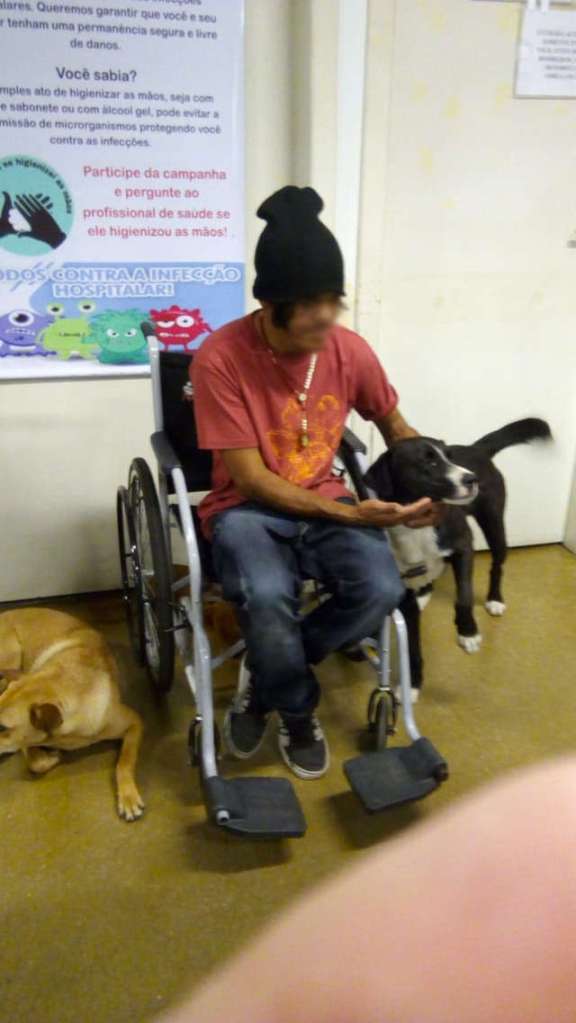 Puppy Tries Her Hand at Jenga and Unexpectedly Kills It

Jenga can be a stressful game, but for at least one puppy, it’s a total breeze.

Remy is a 5-month-old chocolate Lab. Her human, Ashley Agapiou, decided to throw a March Madness party, and she set up a Jenga game in the middle for anyone who didn’t want to watch basketball.

The Jenga game remained largely untouched — people were more interested in the game after all. But Remy? Remy was very interested.

Puppy dog eyes? I invented them.

“Everyone was very focused on the game, as it was a big play,” Ashley told The Dodo. “But I didn’t care much about the game, so I was watching Remy and saw her intrigued with the Jenga game.”

Remy sniffed the blocks. She’d never seen her humans play Jenga before, so it was all entirely new. But somehow, she got the hang of things immediately.

Remy clawed at one of the blocks on the bottom to break it free, then used her mouth to pull it out. The Jenga tower wobbled a little and then remained upright.

In other words, Remy killed it at Jenga.

This is Remy. She’s a jenga legend. Not sure why anybody doubted her. It’s a simple game when you’re good. 14/10 pic.twitter.com/hNc98y8mRn

“It was definitely just luck that she went for the piece that happened to be loose enough for her to grab!” Ashley said. “We were all in utter shock by what just happened.”

Are there canine Jenga tournaments? Because there definitely should be.