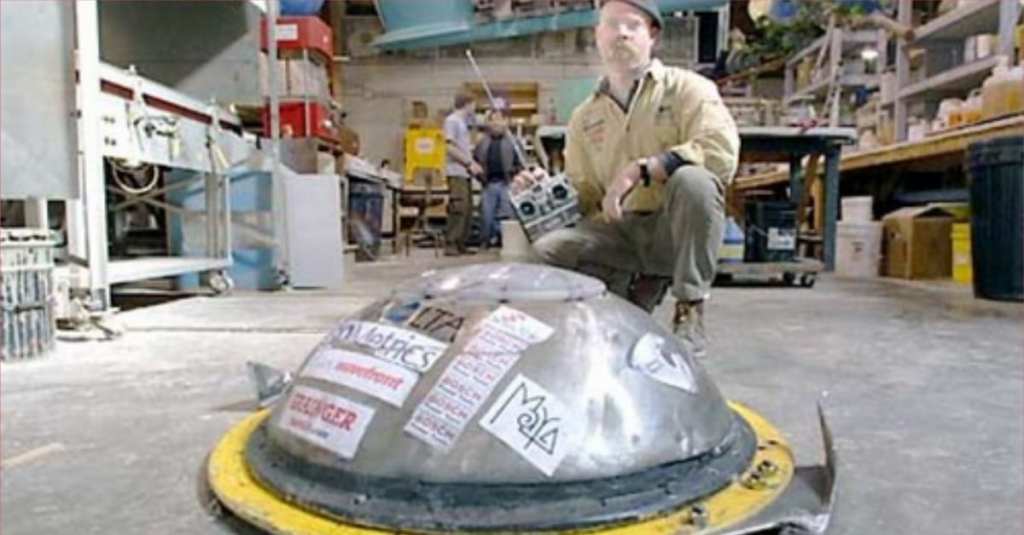 I used to watch my fair share of Mythbusters back in the day, but did you know those guys also built a battle robot?

Because I didn’t, until a recent Tumblr thread explained all about Blendo the Battle Bot. 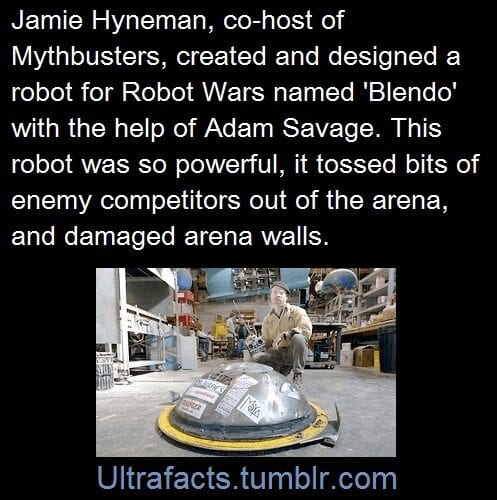 Not to minimize it, because Adam’s contribution sounds like a pretty big deal.

Blendo was designed by @JamieNoTweet. I built, among other things, the R/C control systems. #BattleBots pic.twitter.com/k5zLHaOAA4

According to the BattleBots Wiki:

It was a full body spinner powered by a 5hp lawnmower engine. The body, made out of a salvaged wok, was surrounded by a sharpened steel ring at the bottom, augmented by two blades. Blendo had a spin speed of 500 RPM, reportingly having a top speed of up to 80mph, and its destructive power was described by Jamie as “a piece of steel the size of a fist traveling at the speed of sound”

I thought it looked like an upside-down colander, so a salvaged wok totally makes sense. I’m glad I was on the right track.

Blendo debuted in the 1995 Robot Wars US tournament, and was arguably the most destructive robot of that period. Blendo was declared joint Heavyweight Champion in 1995 with The Master in exchange for withdrawing from the event after creating a safety hazard by launching pieces of its opponents out of the arena. Blendo returned for the 1997 tournament where it destroyed Hercules and Punjar, but was asked to withdraw for the same reason and was awarded a special award

Here’s a gif of Blendo the Bot in action. Terrifying!

If it looks like that thing is an accident waiting to happen, that’s because it sort of is. Again, as explained on the BattleBots Wiki page:

Blendo’s spinner was manually activated before the match by Jamie inserting a power drill through a hole in Blendo’s top to start the internal combustion weapon motor. Thus, Blendo would theoretically spin unabated for the entire battle. While this made for a persistent attack, it meant that if Blendo’s spinner were to cut out mid-battle, it would not be able to start up again. In addition, according to an interview with fellow Mythbuster Adam Savage, Blendo’s original drivetrain was also controlled by the ICE through a series of clutches, meaning that translational movement would be lost if the gas engine were to stall as well.

That’s pretty crazy. The Tumblr thread went on to explain some basic facts about Blendo: 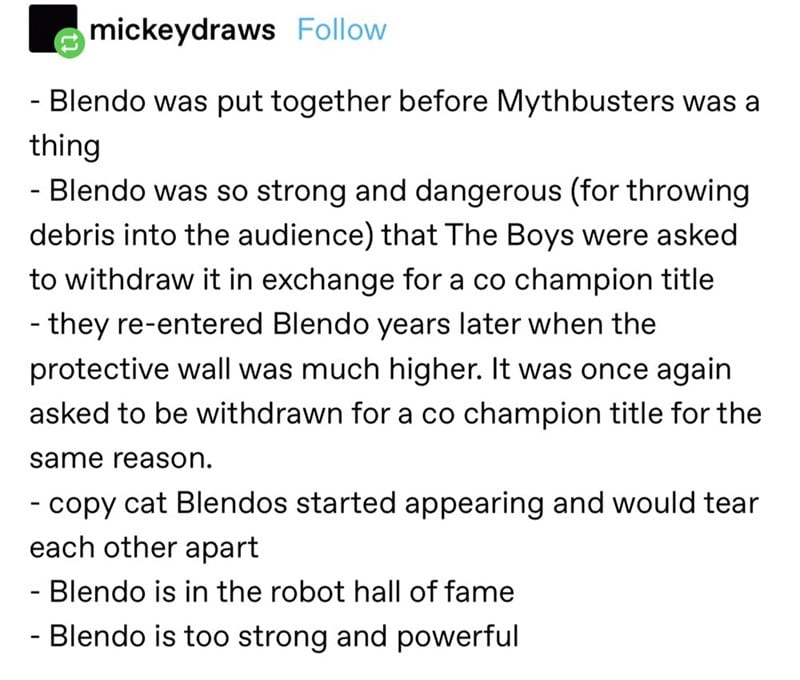 On Twitter, Adam explained that the robot was mainly banned for insurance reasons.

Even though Blendo had to be asked to withdraw, the judges loved it.

This robot was ahead of its time, and it paved the way for future battle bots.

Blendo entered every season of BattleBots through 3.0 – the BattleBox being sufficiently protective against flying debris – but did not achieve any success. Blendo’s slow and poorly controlled drive system compounded with its opponents’ highly improved armor made it all but obsolete, although it did get some upgrades in its final season competing. It lost every one of its BattleBots fights, including a grudge match against Punjar, one of the robots it destroyed in Robot Wars ’97.

Even after decades, it’s still a fan favorite today.

And for those extra Mythbusters nerds, this wasn’t the only bot linked to their show: 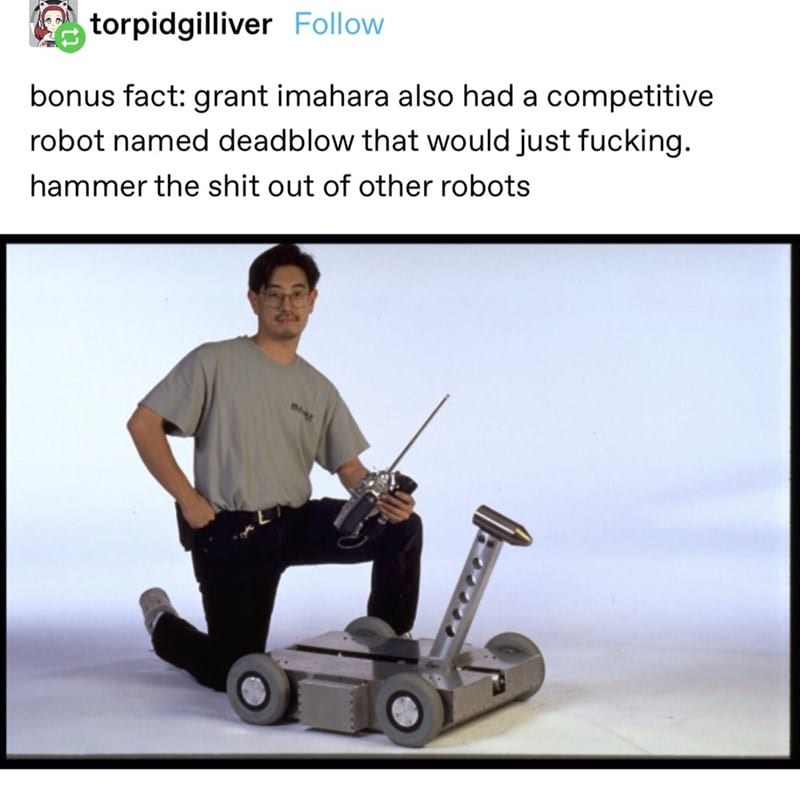 Honestly, why are we not surprised? Which BattleBots super robot was your favorite?