Take something already good, like a bar. Make it tiny. Put a hamster in it.

And behold the glory you have created. 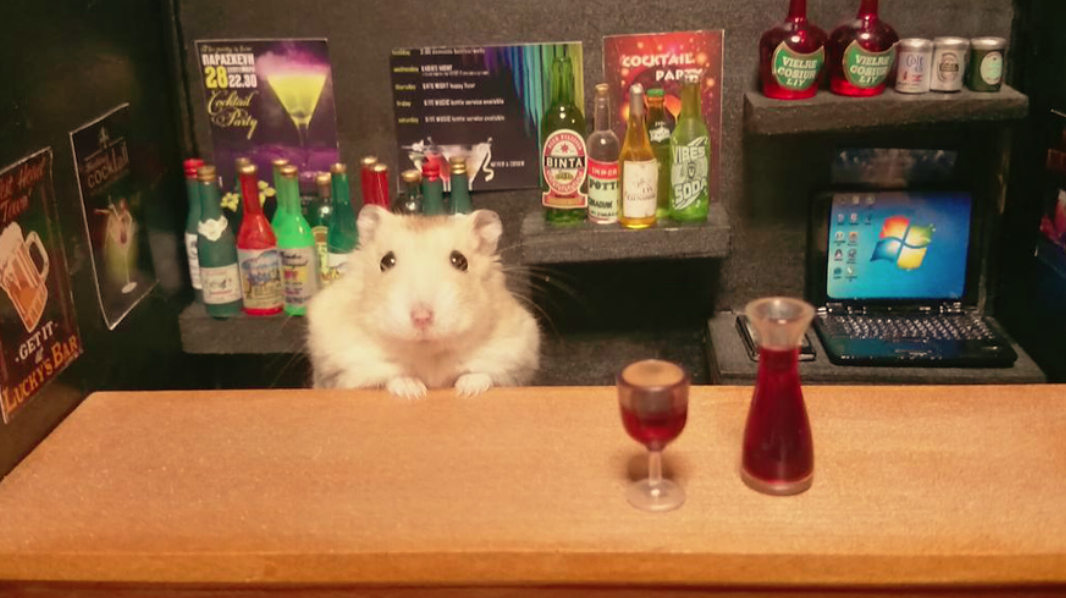 Life doesn’t get much better than this.

A Japanese tombstone salesman named Kosuke Sato is responsible for all this cuteness. He and his hamster Ginji like to recreate bar and cafe scenes. As Ginji serves up cocktails, sushi and other Japanese delights, Sato takes photos. 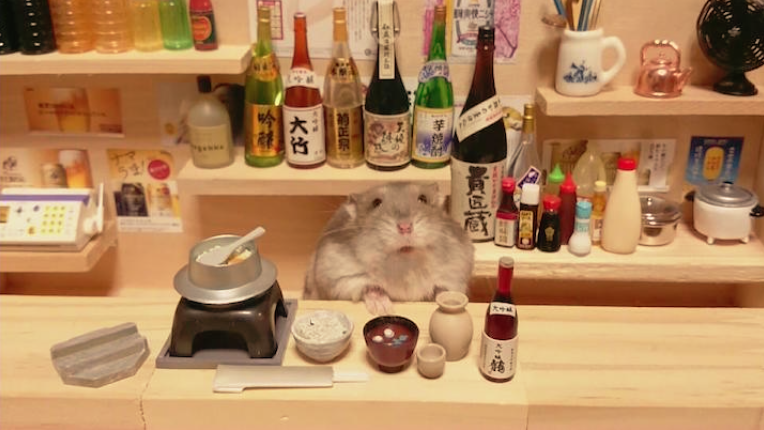 In his studio in Chiba Prefecture’s Yachiyo City, Sato calls Ginji his boss. He also claims Ginji is the manager of an izakaya. Here is Ginji working the counter of his Japanese restaurant. 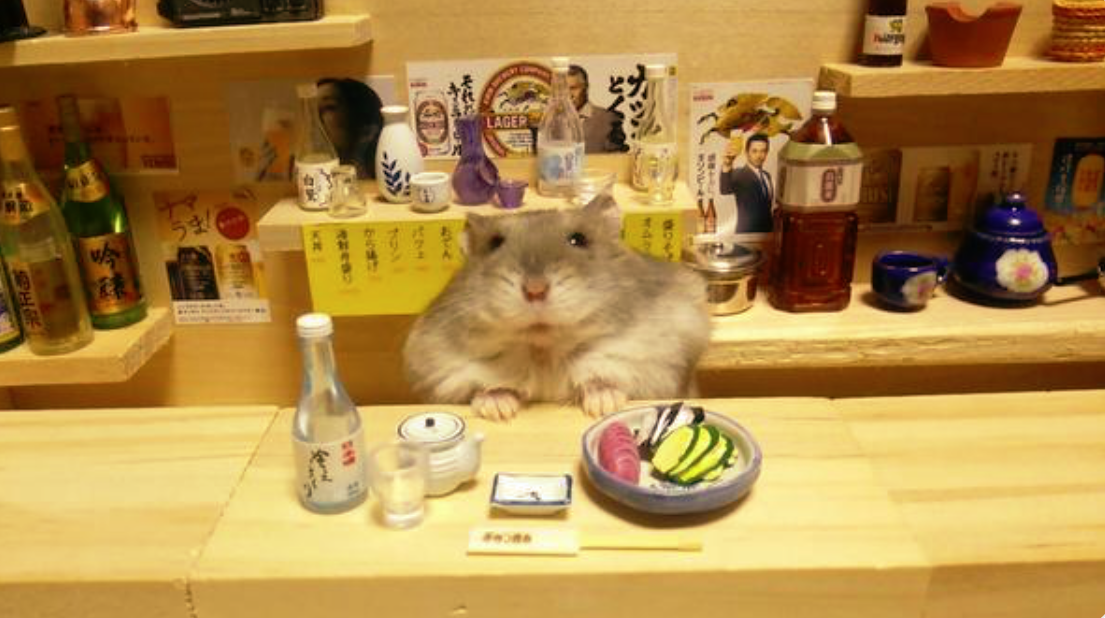 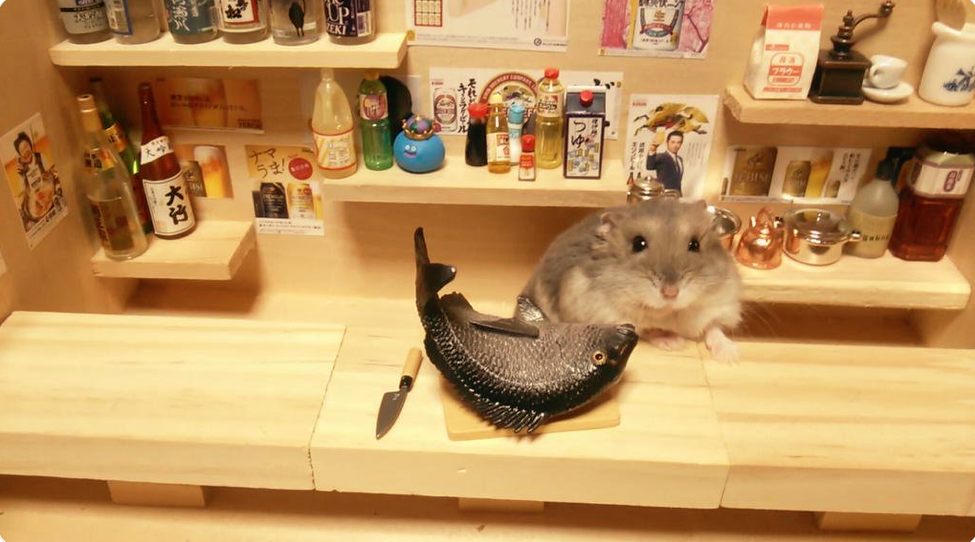 Nigiri is also available. What a beautiful presentation, Ginji. 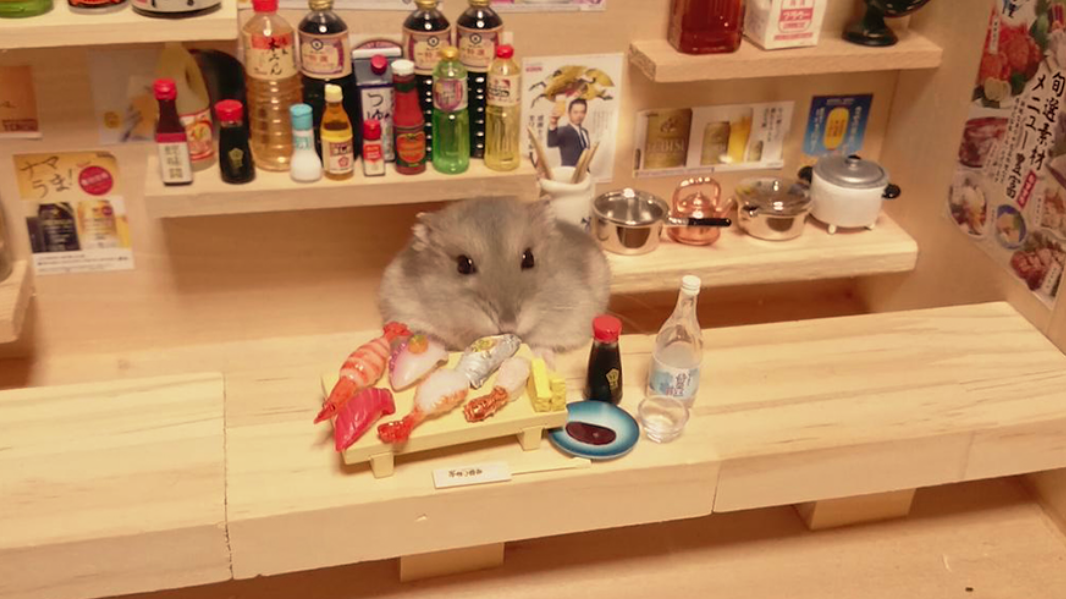 The chef’s speciality is the sushi boat. Good for groups. 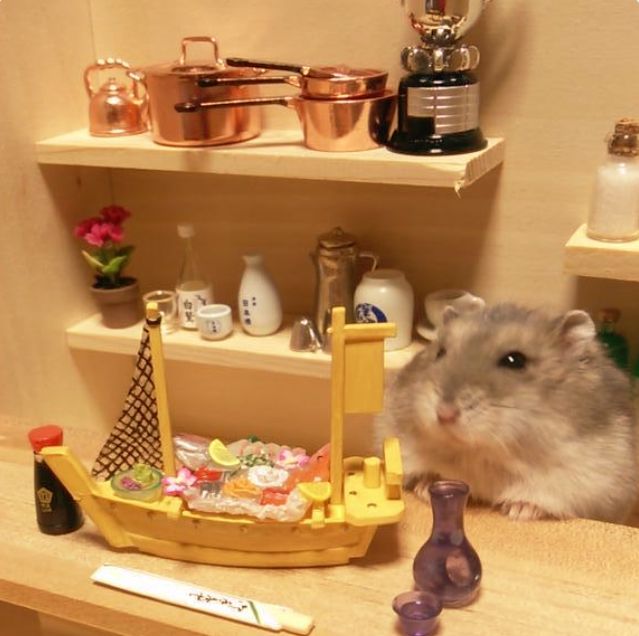 The menu is as varied as it is tasty. 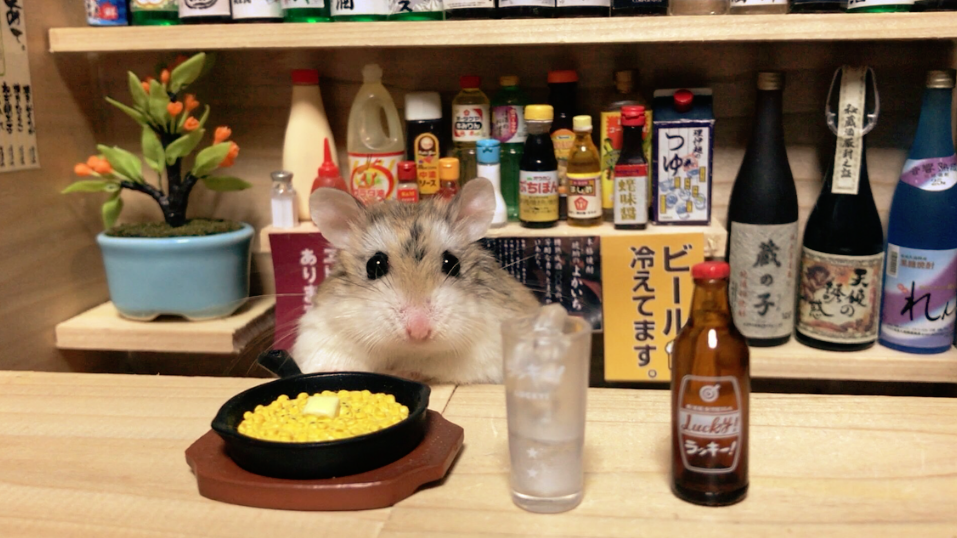 Ginji is always ready to serve his customers sake and a smile. 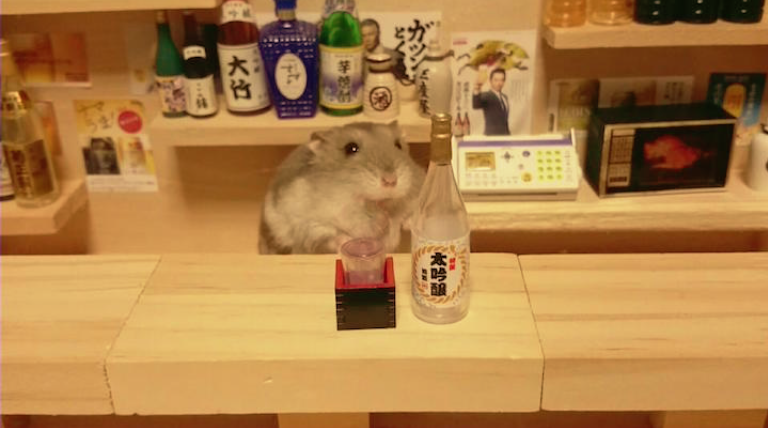 Of course, home is where the heart is. 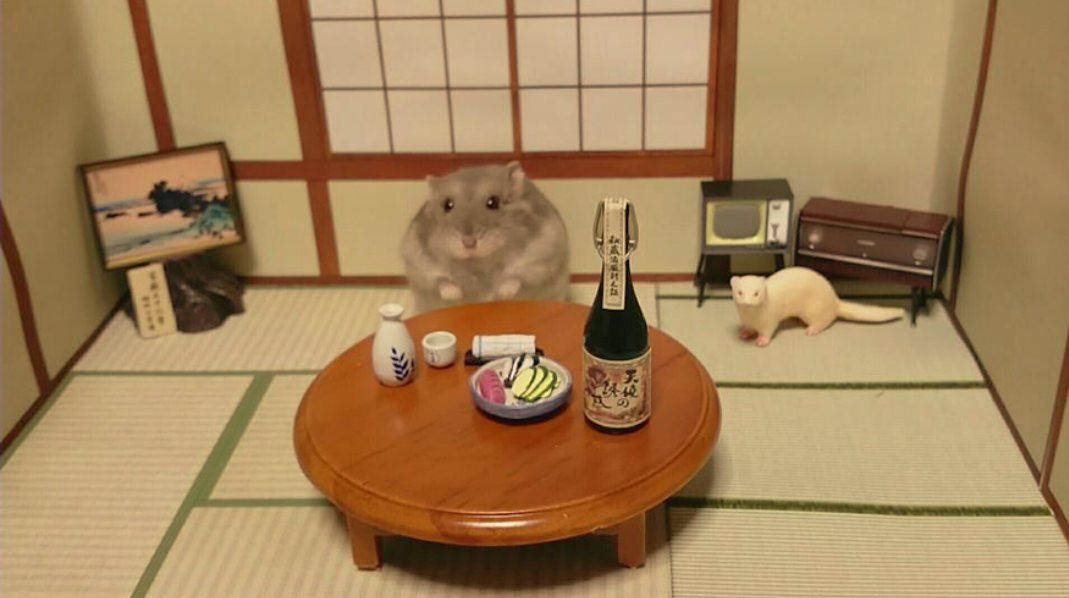 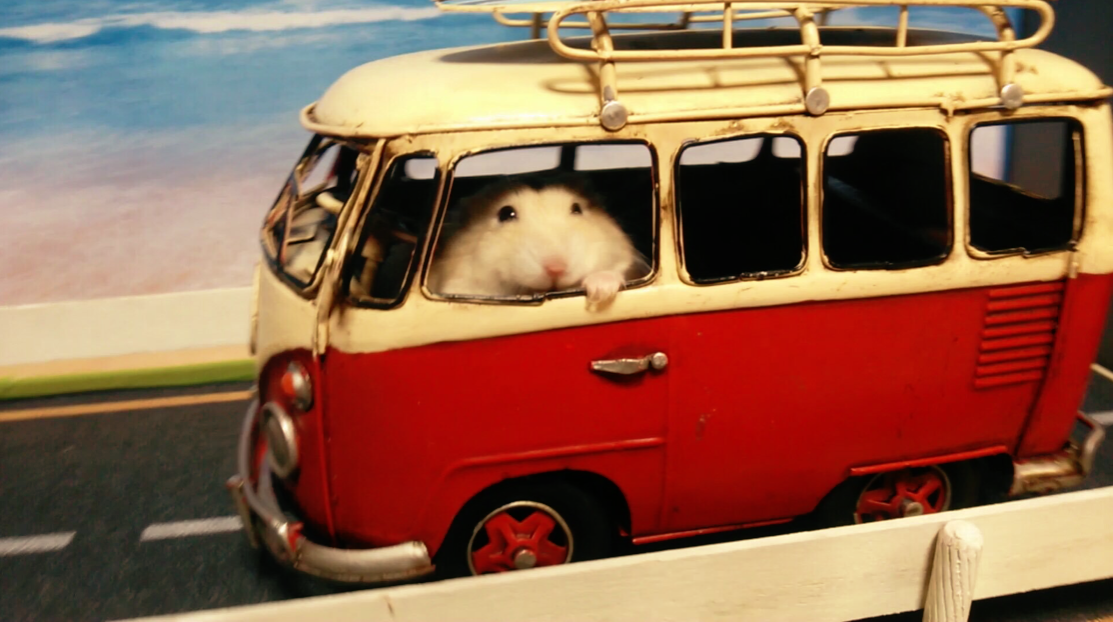 Such a hard working little guy. But he’s pleased we visited. 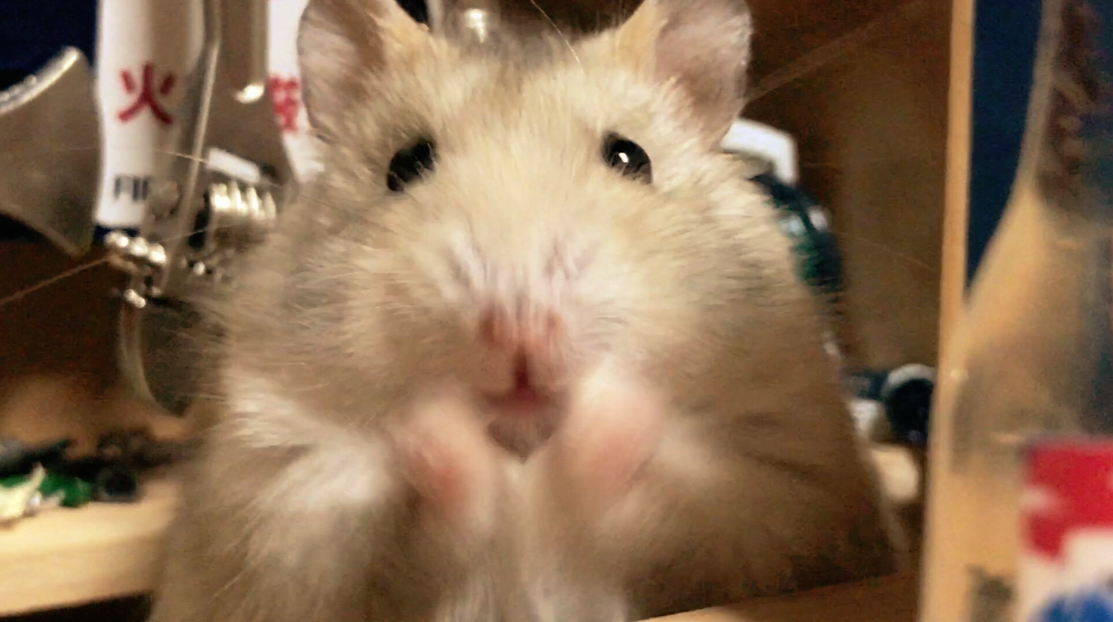