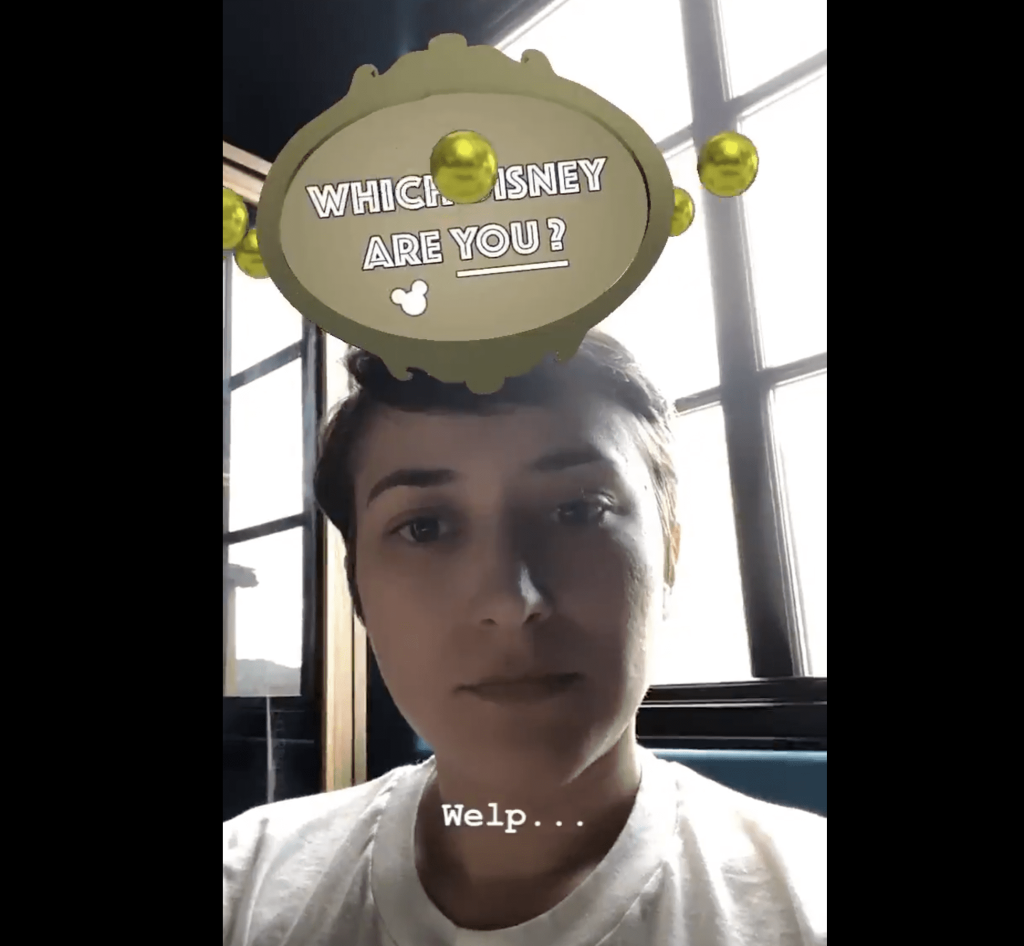 Have you tried the new and viral Instagram filter that let’s you see which Disney character you are?

Instagram user Arno Partissimo created the fun filter, and many Disney fans are loving it, if not left a little confused by some of the matches.

The filter works by scanning the user’s face and then matching it with one of the many beloved Disney characters.

Since the reactions of the users are as much fun as the matches, people are sharing videos of themselves using the filter on Twitter.

But the cutest one has got to be from Zelda Williams, daughter of the late comedian and actor, Robin Williams. By a wholesome twist of fate, when Zelda used the filter, she was matched with none other than the genie her dad voiced for Aladdin.

She captioned her Twitter video with a simple “Y’all.”

And, she was clearly delighted with the result.

Others not so much…

updated my Instagram so I could try this disney filter pic.twitter.com/05GVdAWRNq

But getting an adorable animal match is sweet…

My mom did the new Disney filter and her reaction was so pure ? pic.twitter.com/IwwFNuSig3

I think the “what is your Disney character?” filter is so dumb

Anyways, I was Simba

Wait, check that. Not all the Disney animal characters are charming.

But, all these reaction videos to the Disney filter are hilarious.

Day 1 and Idina Menzel struggling to use the Disney filter and not knowing any character besides Elsa is already the greatest gift of the new decade pic.twitter.com/pJjRoAHRnC

Enjoy them now, because next week…Star Wars filters!