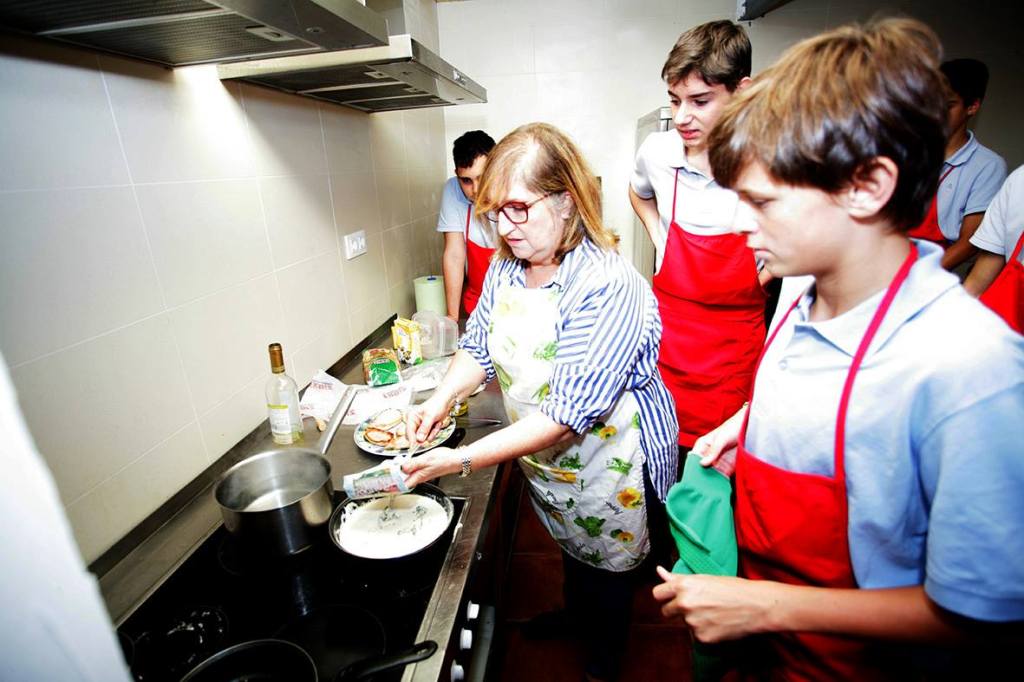 A school in Spain is tackling gender inequality by teaching boys traditionally “female” household chores, like sewing and ironing.

The Montecastelo School of Spain’s school slogan is “Equality is learned with actions.” In 2018, they decided to bring their slogan to life in a new way with a new program to teach skills like cooking, sewing, and ironing to boys.

“It seemed very useful for our students to learn to perform these tasks so that, when they form a family, they are involved from the beginning and know that a house is a matter of two, it’s not a matter of the woman cleaning, doing the dishes, and ironing.”

The program is currently run by volunteer teachers, representatives of the school campus, and even some of the students’ fathers. They also teach traditionally masculine skills that don’t often get included in school curricula, like carpentry and plumbing.

Officials at the school administration came up with the idea for the program when they were trying to think of ways to teach their students about gender equality in the classroom.

The boys at Montecastelo were initially hesitant about doing “girly” things. But they quickly grew to embrace the activities.

“For some, it was the first time they had held an iron, it was fun and instructive at the same time, we are quite surprised and the parents are very happy.”

These boys will grow up to make great husbands one day!