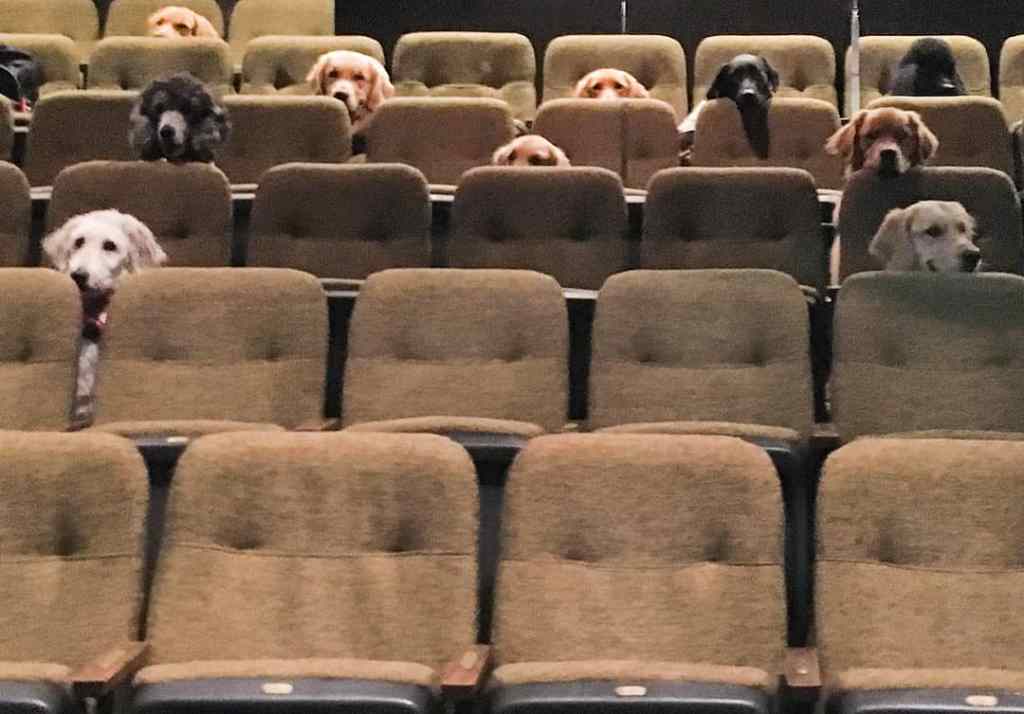 Recently, a photo of a class of service dogs taking in a production of Billy Elliot at the Stratford Festival has stolen hearts worldwide.

ICYMI: We had some pawsitivly adorable audience members from K-9 Country Inn Service Dogs during last weeks Relaxed Performance of #sfBillyElliot. Our Next Relaxed Performance is #sfNeverending on October 2nd. https://t.co/xaBwx65W8J pic.twitter.com/otyNjm5pUS

The photo shows dogs of various breeds, but all adorable, sitting in their assigned seats at the Stratford, Ontario, theater with rapt attention while watching Billy Elliot performed on stage.

While it may appear the dogs are theater buffs, they are actually in training to help their owners navigate through auditorium settings. This is important because the dogs need to handle whatever activities come their way.

“The theatre gives us the opportunity to expose the dogs to different stimuli such as lights, loud noises and movement of varying degrees. The dogs must remain relaxed in tight quarters for an extended period of time.”

The theater training teaches the dogs to safely guide through crowds and narrow passageways. It’s also good for practicing ignoring other people and distracting smells and tastes.

The dogs enjoyed one of the theater’s relaxed performances which are especially designed for people who need a little more light, more muted sound, to move around or vocalize during the show. It’s perfect for those on the autism spectrum and parents of small children–and also dogs who are in training to be service animals.

The theater regularly features closed captioning, audio descriptions, braille programs and touch tours for their productions, and they often see service dogs with their owners. 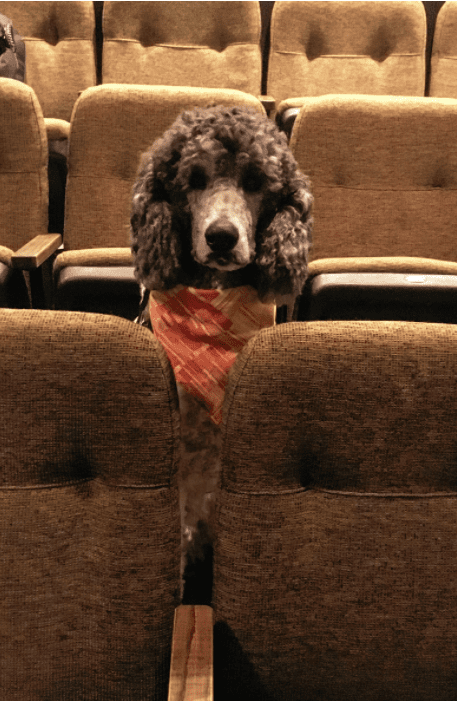 “I was in the lobby when they came in, then they took their seats, then got out of their seats at intermission and went back — all of the things we learn as humans when we start going to the theatre.”

Mackenzie reported the dogs seemed to enjoy the show, peeking through the cracks between the chairs to follow the drama on stage.

To train service dogs specifically to handle the theater sends an important message too: no activity, even pleasurable ones, should be out of reach to a person who needs the assistance of a service animal.