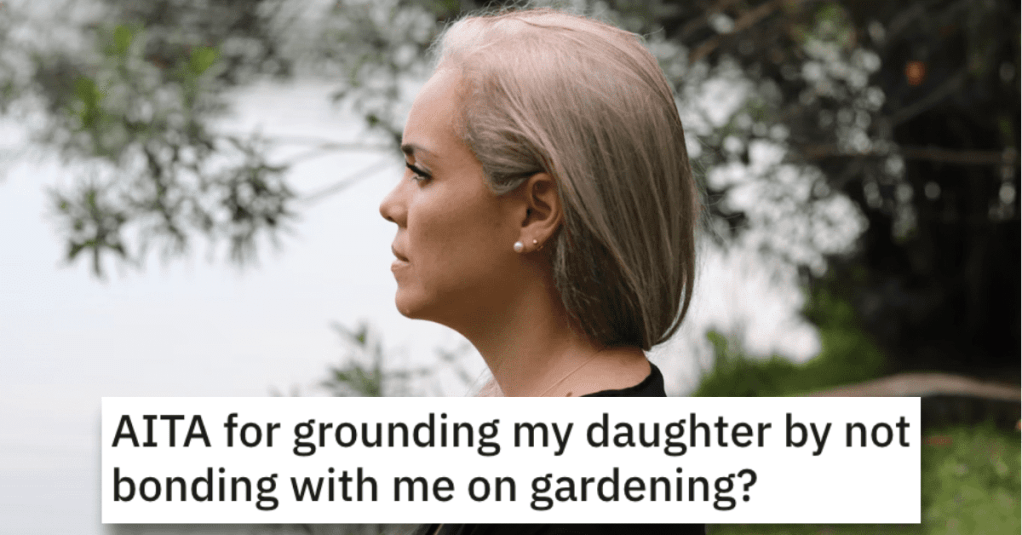 She Grounded Her Daughter Because She Wouldn’t Bond With Her Over Gardening. Was She Wrong?

Boy, I haven’t heard those words in a while…but there was a time when it seemed like that was a constant threat from my parents.

This brings us to today’s story from Reddit’s “Am I the A**hole?” page.

Read on to see what happened and let us know if you think this mother was out of line for grounding her daughter.

AITA for grounding my daughter by not bonding with me on gardening?

“I (47f) live with my husband and my youngest daughter (15f). My oldest daughter (20f) no longer lives with us and I feel a bit lonely, since she used to be my partner.

We did everything together, we liked the same things and we were best friends. I love my youngest daughter equally, I don’t have a favorite child, but it has always been difficult for me to bond with her, because we’re too different.

My youngest daughter clearly prefers my husband, given that just like my oldest daughter, they are best friends: they do everything together, they like the same things, and they often bond over games, music, and anime.

I’ve tried to bond more deeply with my daughter, but I don’t understand her tastes, and when we’re alone we hardly ever have anything to talk about. My husband doesn’t see it as a problem, and he often says “each parent with its own daughter”, but it doesn’t seem right to me.

I recently decided to build a garden and asked my daughter to help me, as I often bonded with her sister on gardening. She said no right away, but I forced her anyway. I thought it would be a beautiful afternoon, laughing and chatting, but it wasn’t. She complained ALL the time, that the dirt was gross, that the sun was gonna burn her and every time I turned around, I saw her using her phone.

At one point I got bored with her attitude and said “if you dislike this so much, go and leave your mother alone.” She went back into the house. I thought she would come out in a few minutes, she would apologize and we would start over (like in the movies), but an hour passed and nothing. I walked into the house and saw her in her room, playing on her computer.

I got mad and grounded her without games for a week. She wasn’t even sorry she left me alone and she called it “a wasted afternoon”, which hurt me. My husband defended her by saying that if I really knew her, I would know that she doesn’t like outdoor activities and that I should’ve tried to bond by doing something she likes instead of forcing something that I like on her.

He also accused me of trying to turn her into a version of her sister and of trying to take “his daughter” away from him. Now they’re both against me and give me the silent treatment.

This person said that this woman is indeed the a**hole in this story. 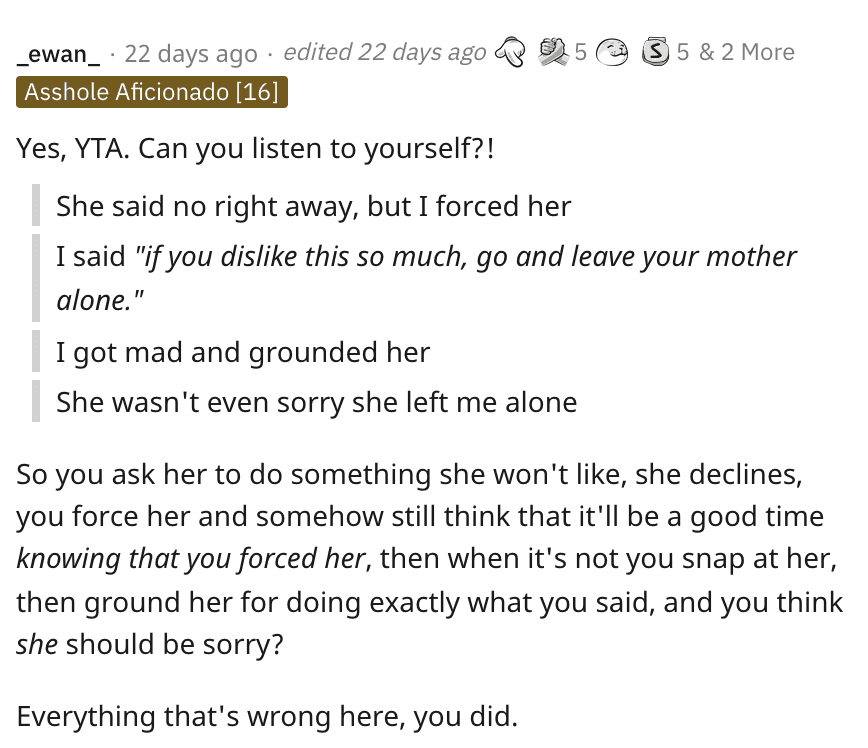 And another Reddit user said that it’s time this woman accepts her parenting mistakes. 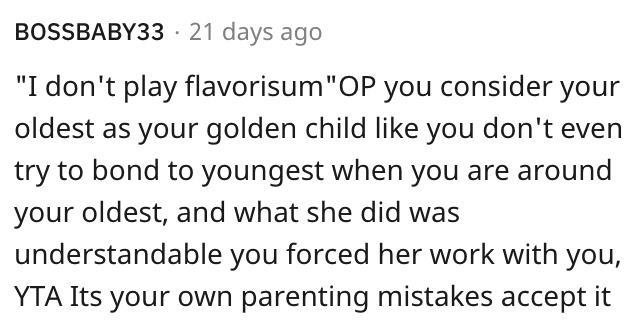 Finally, this individual said that it sounds like this woman doesn’t even know her own daughter. 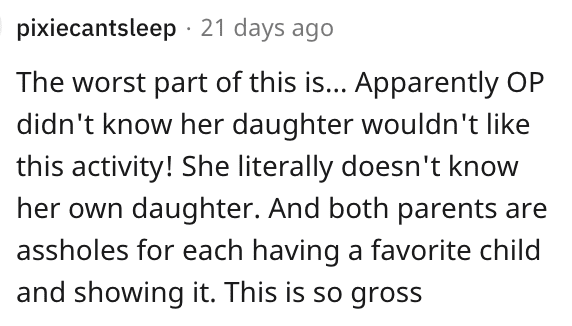