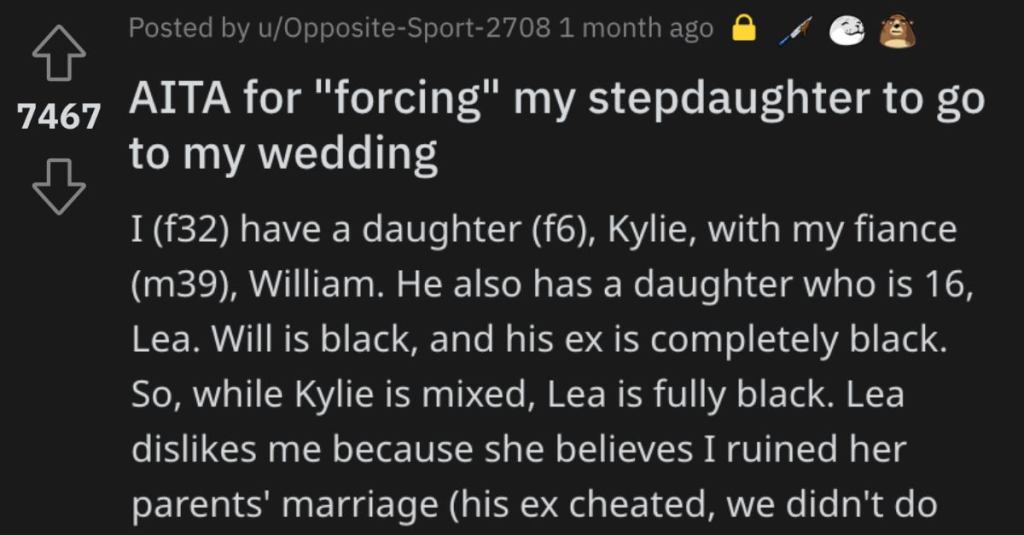 She’s Forcing Her Stepdaughter to Go to Her Wedding. Is She Wrong?

Are you ready for an unhealthy dose of family drama?

Take a look at this story from Reddit’s “Am I the A**hole?” page and stick around to see what readers thought about it.

AITA for “forcing” my stepdaughter to go to my wedding?

He also has a daughter who is 16, Lea. Will is black, and his ex is completely black. So, while Kylie is mixed, Lea is fully black. Lea dislikes me because she believes I ruined her parents’ marriage (his ex cheated, we didn’t do anything until they were separated).

Our wedding is on the day of his ex’s birthday. It is also the day that Will is supposed to have Lea. Lea wants to skip the wedding in favor of her mother’s birthday vacation. I told her her mom’s birthday comes every year and that our wedding will only happen once and that one day she will regret missing her dad’s happiest day.

She threw me out of her room and told me that my wedding meant nothing to her and that I was a white trash homewrecker (her family is very wealthy, and I was struggling—Will bought me an apartment while they were still married, but nothing happened until after they were over).

When we let her know, she called me a vindictive b**ch and said she would rather walk barefoot every day than go to my wedding in “some stupid car.” I feel guilty, but Lea has been such a problem child since me and her father started dating.

She’s extremely talented at cooking but refuses to help me cook the food. She accused my brother of doing something so vile that it makes me sick to think about it (It was not S/A), and she constantly leaves the house to go to her boyfriend’s or back to her mother’s house.

This reader said that this woman is the a**hole: no doubt about it. 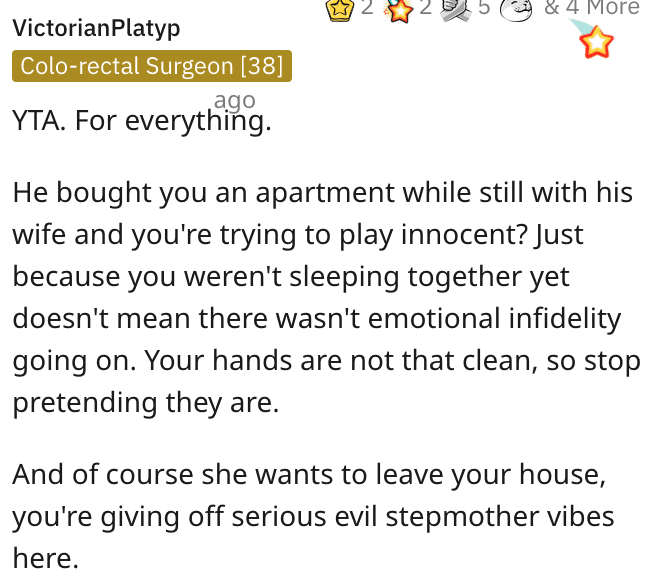 And another individual said that the planning of the wedding proves she’s to blame here. 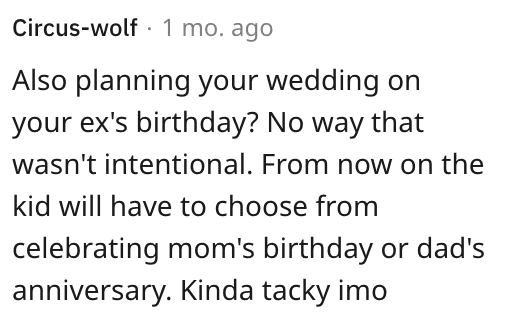 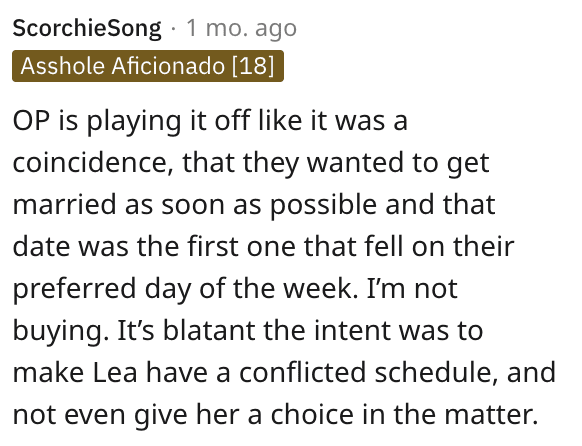