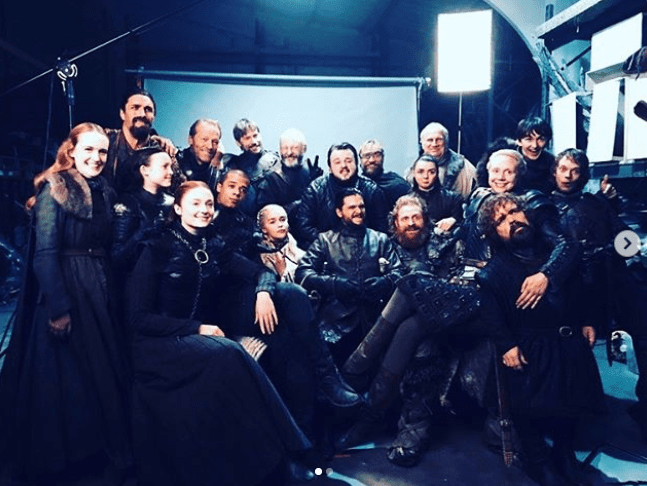 Sophie Turner’s first professional acting role was as Sansa Stark, and it is not an overstatement to say that it’s been the role of a lifetime for Turner, launching her into international fame. She also received critical acclaim for her acting.

As her time as Sansa Stark came to an end, Turner took the time to reflect on her role. After all, she practically grew up with Sansa. She started playing her at age 13 and spent 10 years in the part. To honor her time as Sansa, she posted a cast picture on Instagram, along with a moving message.

Sansa, Thank you for teaching me resilience, bravery and what true strength really is. Thank you teaching me to be kind and patient and to lead with love. I grew up with you. I fell in love with you at 13 and now 10 years on.. at 23 I leave you behind, but I will never leave behind what you’ve taught me. To the show and the incredible people who make it, thank you for giving me the best life and drama lessons I could have ever asked for. Without you I wouldn’t be the person I am today. Thank you for giving me this chance all those years ago. And finally to the fans. Thank you for falling in love with these characters and supporting this show right through till the end. I’ll miss this more than anything.

Turner credits Sansa as teaching her “resilience, bravery and what true strength really is.” She goes on to thank Sansa for teaching her “to be kind and patient and to lead with love.”

Sansa grew and changed arguably more than any other character on the show. She grew from a sheltered, shallow young girl into a powerhouse queen, defending and advocating for her people. It was an incredible character arc to watch, and Turner played every moment beautifully.

In honour of the Thrones finale out tomorrow night, and of 6 mill followers on instaaaa… here's da reel roadmans of westeros

Turner also took the time to thank the fans. “Thank you for falling in love with these characters,” she said, “And supporting this show right through till the end. I’ll miss this more than anything.”

We’ll miss Sansa Stark too, of course, but we can’t wait to see what Sophie Turner does next.