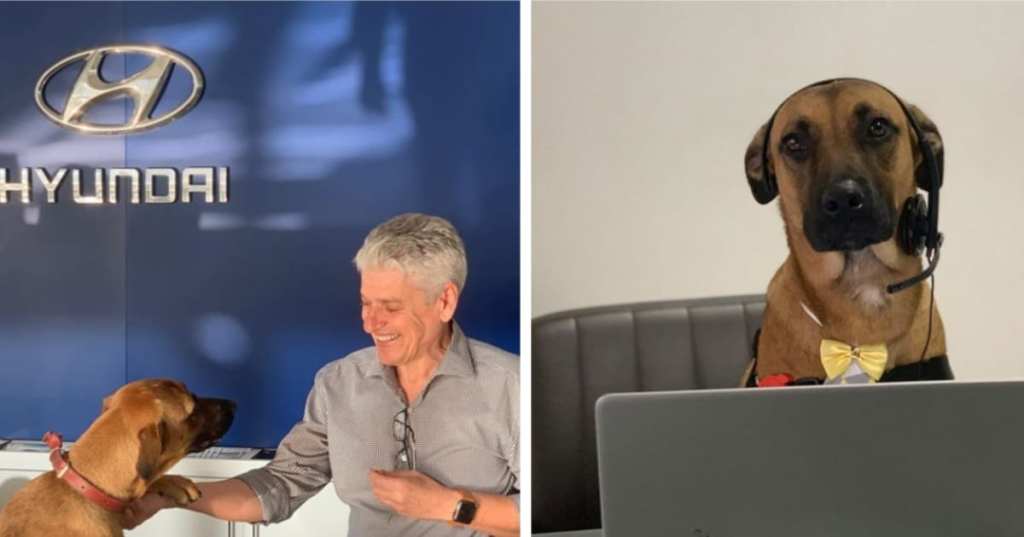 We’re often told that if we stick with something, we’ll be successful. Well, one dog in Brazil decided to take this to heart.

The stray started showing up at a Hyundai dealership. Everyone thought the dog would eventually move along but he seemed to really like the dealership.

They liked having him around, so no one made too big of a deal about it.

In May of this year, the team at the dealership decided to officially adopt their furry friend. They recently shared his photo on their Instagram page, and all of a sudden their popularity was through the roof.

At first, they planned to just give the dog somewhere to stay. But he proved to be so popular that they decided to print up an employee badge and give the dog a job. Why not?

The showroom manager Emerson Mariano shared that customers love having the dog around and that he has a “very caring and docile nature.”

Not only are customers showing up to buy cars, but they’re also coming back to bring treats to their favorite four-legged friend.

Emerson explained why he wanted to adopt the dog officially:

After all, the company has always been pet friendly, so now, we decided to embrace this idea in practice too, having our own pet precisely at a more complicated time like this with so many abandoned animals.

Now, the dog has all his shots and is ready to go. He’s even supposed to appear in a national ad for Hyundai!

Can you believe how this story turned out?

It’s pretty amazing that they decided to make life better for the dog.

Make sure you let us know what you think about the story in the comments!