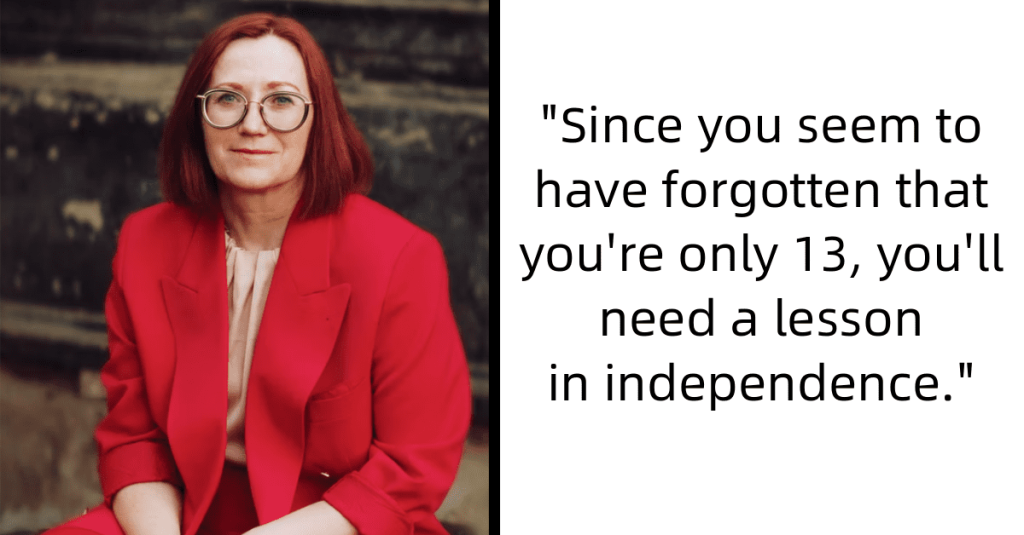 If I’ve learned one lesson in this world, it’s that you should never mess with a mom…ANY mom.

Because they’ve been through it all and they know what they’re talking about!

And when it comes time for moms to dish out some tough love, you better believe they’re gonna nail it.

And that brings us to today’s story. A mom named Heidi Johnson was fed up with her son’s behavior: the 13-year-old thought he didn’t have to follow the house rules and, since he was making a little bit of money from being a YouTuber, he threw it in his mom’s face that he had some of his own money.

So Heidi decided to write him a letter and she shared it on Facebook for the whole world to see.

She started off the letter to her son Aaron with these words: “Since you seem to have forgotten that you are only 13, and I’m the parent, and that you won’t be controlled, I guess you will need a lesson in independence.”

And boy, did this mom put her 13-year-old in his place.

Read the whole letter below. 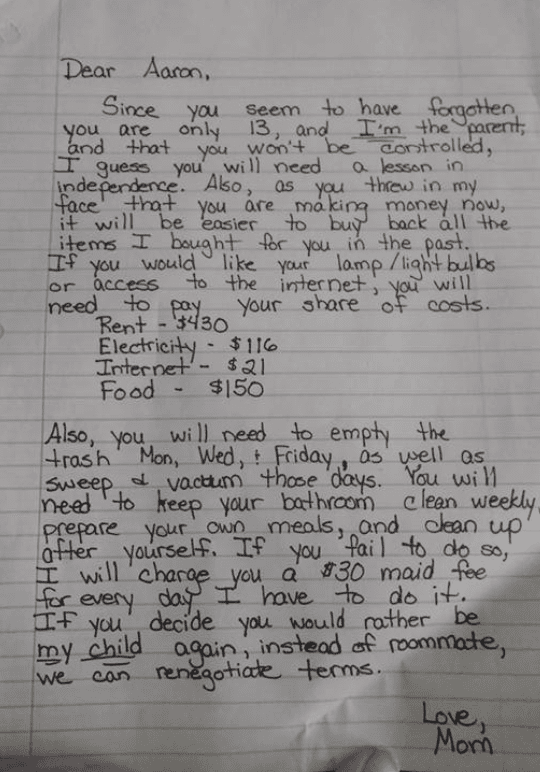 I think Aaron probably got the point, don’t you?

After the letter blew up on Facebook, Heidi faced some backlash that she addressed with an update later on. She said, “I am not trying to make a buck off my kid; otherwise I would have sold him to the circus a long time ago 😉 This came down to a 13 year old telling his mother she had no right to enforce certain rules, and had no place to “control” him. I made the point to show what life would look like if I was not his “parent”, but rather a “roommate”. It was a lesson about gratitude and respect from the very beginning.”

Have you ever had to show your kids some tough love?