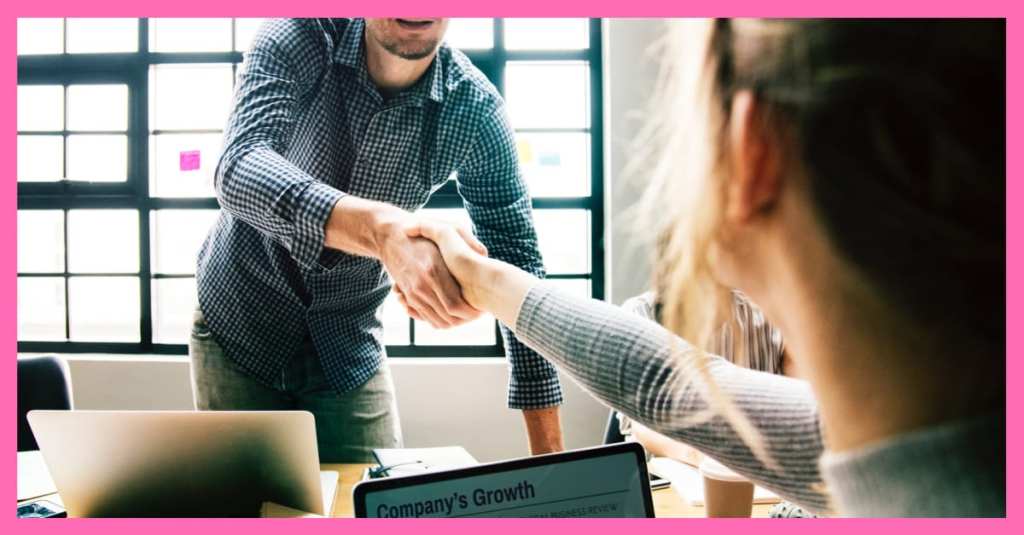 What does success mean to you? A six-figure salary, a new home, or a promotion?

Success comes in many forms and if you’ve ever wondered how “successful” people are, well, successful then remember one trait. They don’t shy away from uncomfortable moments.

Here are a some things your idols of inspiration do when they’re peeing in their pants. (Metaphorically, obviously.)

We all hate rejection! But successful people don’t look at this as a mere setback or even dwell on it. They understand rejection is a part of life! I know a successful fiction author who received over 1,000 rejection letters from publishers and she kept on going! Now she sells millions of copies of her books worldwide.

So how should you handle rejection? Don’t think of it as a negative! Spin it in your favor. Remember, rejection is the path to perfection. It’s the chance to learn how to get better at something, how to craft a cover letter that sells, or how to land that big client you’ve been salivating after.

In life, you will always cross a difficult, non-budging person that just won’t hear what you have to say. As you cruise down the highway to success, the road is littered with potholes. So what you need to learn is how to massage those relationships, play the game, and ultimately learn to work around these obstacles. Successful people eventually learn how to work efficiently with nay-sayers. It’s not easy to “bend” but trust me, you’ll attract more bees with honey.

New experiences can be painful. No one seems to respect a beginner. But remember what I mentioned about rejection? You can learn from past experiences through analyzing where things went wrong.

“It takes practice, patience, and perseverance to truly master a skill. Successful people relish in the beginning stages of learning a new skill. Despite not “being good” at it yet, they find themselves hungry to get better each day. Having such a purpose, while seemingly burdensome, ends up being what makes them feel the most alive.”

Rejection, difficult people, and being a beginner can send you running for the hills, but you must dig deep! No successful person had it easy. It may appear so, but that simply isn’t true. Let’s say you were passed over for a huge promotion. It stings. But your ideas are valid. So commit to them! Don’t stop. Don’t run away. If you do, you’ll only hold regret. Every day, even when it sucks, you have to push forward. You have to continue to believe in yourself. Cheesy, but it works.

We ALL have experienced failure in our lives, but what we do about it is the secret to success. Do you walk away? Or do you attack the feeling of “I’m not good enough” and march forward? I hope you do the latter because even that is a success.

“Sometimes the only way to know that you are incredibly talented at something is to find out that you suck at what you thought you really wanted to do. It’s a painful experience to go through, but you will find that finding your talent is no less exciting at any age or at any phase of life. It is okay to change your dream to align who you are now and what it is you feel you are meant to do. Don’t hold onto that which weighs you down, even if it is also keeping you warm.”

This is all true. Sometimes you’ll find out that the one thing you were pursuing wasn’t a good fit for you and THAT IS OKAY! Think of all you learned to get there. There was NO LOST TIME, even if you think so.