It was called the Rue La Rue Cafe where memorabilia came served alongside Betty White’s angel food cake in the hipster haven of Washington Heights. 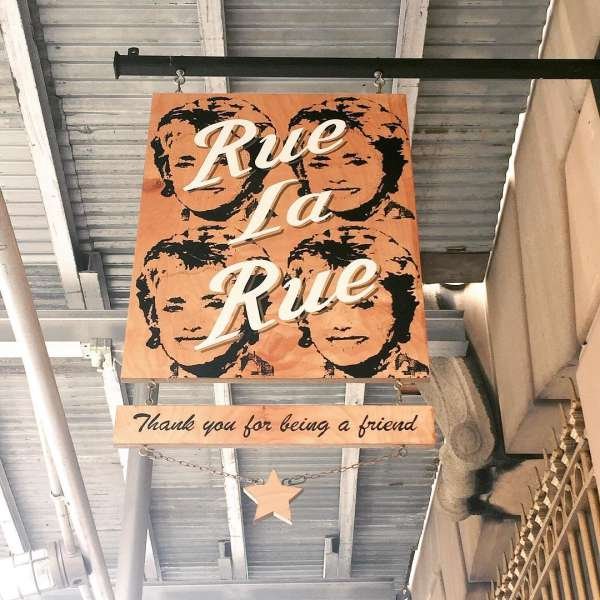 Owner Michael J. LaRue was a close, personal friend of Rue McClanahan, who famously played beloved Southern floozy, Blanche Deveraux on “Golden Girls.” The show aired on NBC from 1985 to 1992 delivering stories filled with friendship and love (or sex) with lightening fast wit. 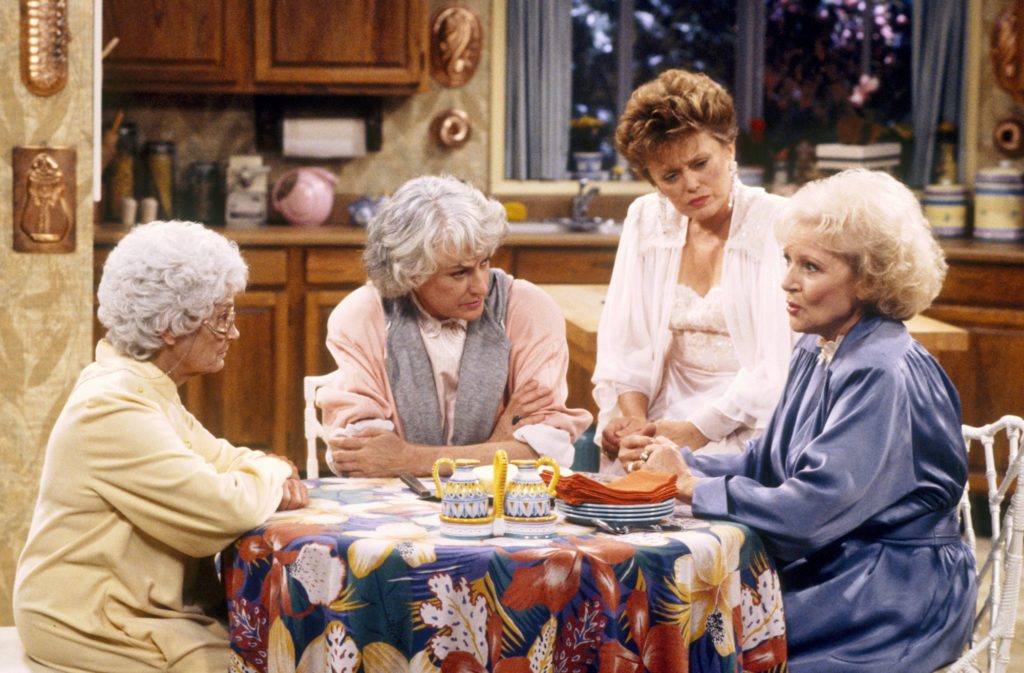 Throughout LaRue and McClanahan’s friendship, they often joked how if they married, McClanahan’s name would be Rue LaRue. When LaRue became executor of McClanahan’s estate after her death, he came up with the idea of the restaurant to honor his friend and her wish that her possessions be shared with all the “Golden Girls” fans. His dream (and hers) became a reality in February, 2017. 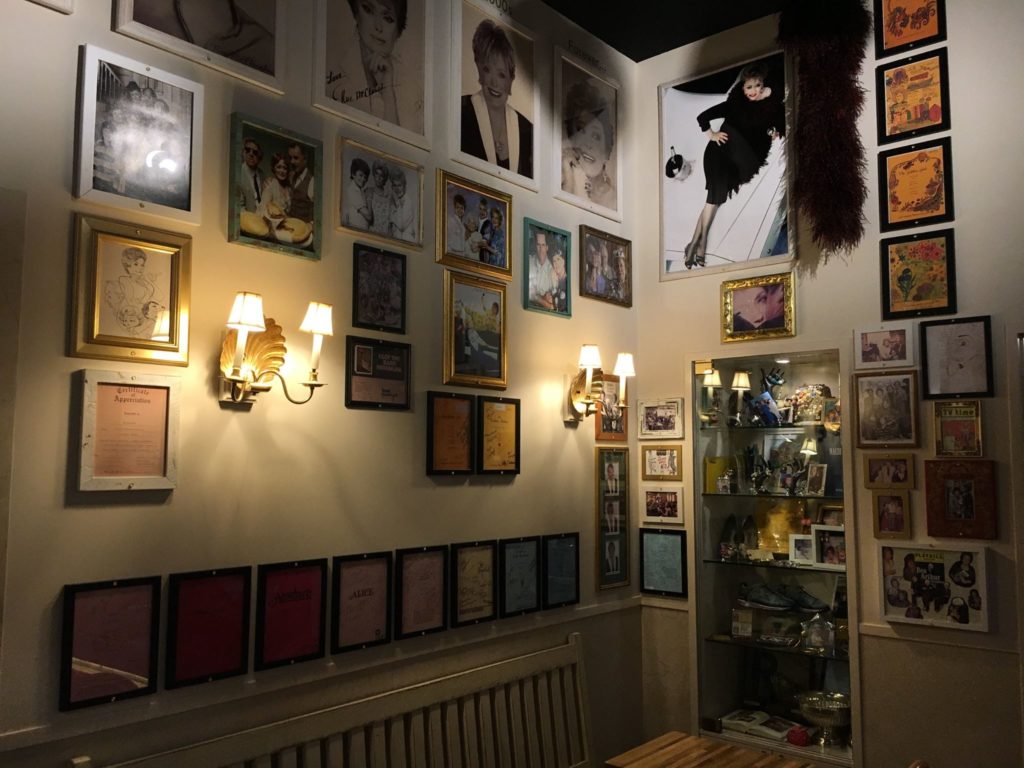 LaRue filled the cafe with photos, costumes and mementos, including the girls’ yellow kitchen phone and the show’s Emmy. Enthusiastic fans from around the globe streamed in to check it out. 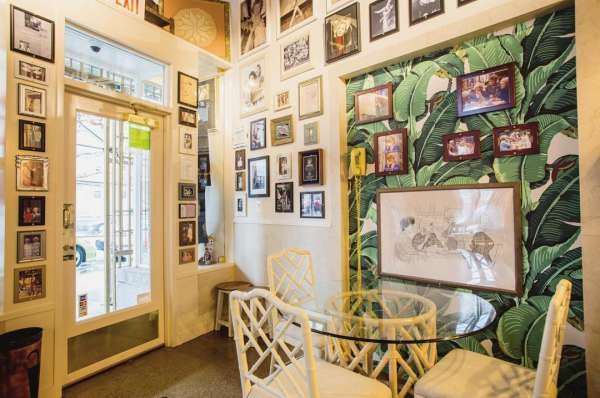 But the hyper-competitive restaurant business in New York City proved too much for the little restaurant. In November, LaRue posted the sad news on Facebook that the cafe was closing. He promised to “process the lessons learned during the rehearsal period this last year and, hopefully, continue to provide this special experience to guests from around the world.” 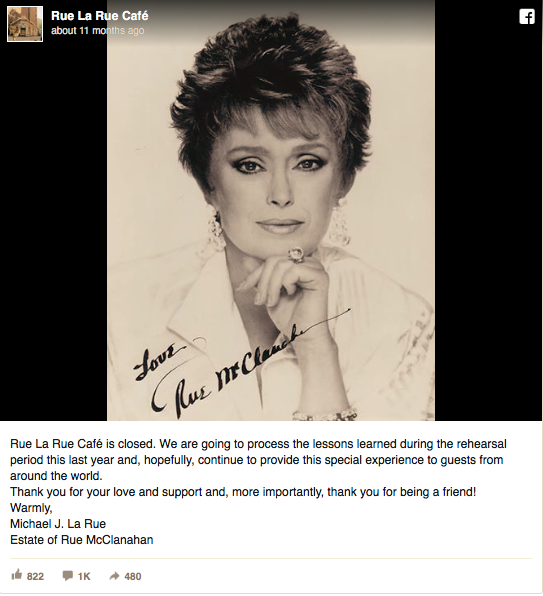 All true “Golden Girls” fans hope the Rue La Rue will reopen as hinted. Because, just as sure as Blanche Elizabeth Deveraux’s initials are B.E.D., this kind of crisis requires close friends and a good cheesecake.