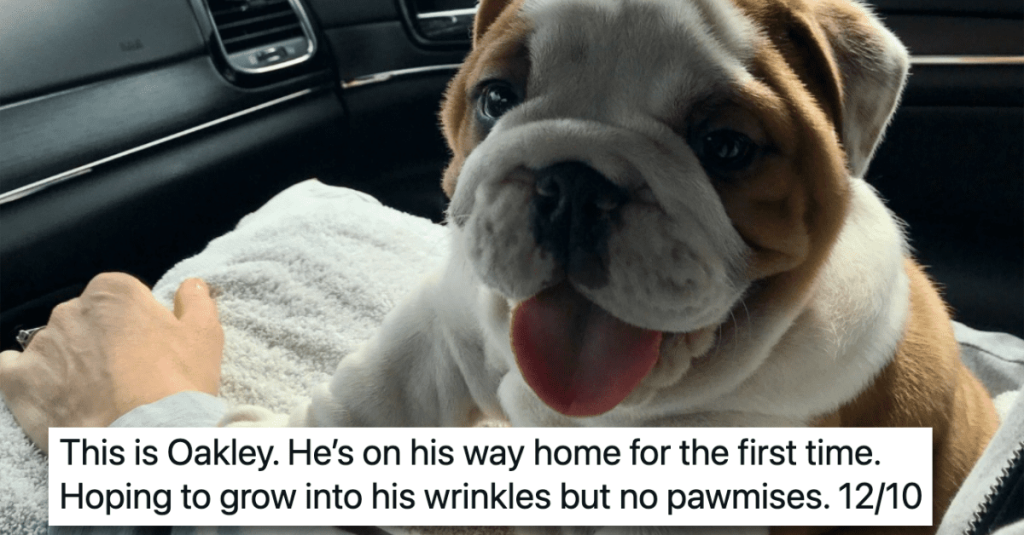 Ask and you shall receive.

That’s the philosophy behind a Twitter page called “We Rate Dogs”.

People send in photos of their good boys and girls and these fine folks give the pooches a rating…and you better believe that the ratings are always good, because all dogs are amazing!

And they get submissions of all kinds: big dogs, small ones, puppies, old-timers. You name it, they’ve seen it!

Let’s take a look at some of the posts from their Twitter page. We think you’ll love it!

1. You need to be a little more vicious.

Do you think you can handle that?

This is Meeko. He's supposed to be a guard dog. Incredibly bad at it. Hasn’t scared a single person away. 13/10 would noggin pat through the fence pic.twitter.com/GsukncAqfq

2. Are they gonna let you order?

I mean, since you walked through the drive-thru?

We’ll all be able to cuddle soon enough!

This is Ringo. He appreciates your urge to pet him, but respectfully asks you to keep your distance until this is all over. 12/10 I will do my best sir pic.twitter.com/qTBY4pNMJU

4. A most wholesome cuddle puddle.

Well, would you look at that?

This is Andi and Olli. They fell asleep arguing over who gets to cuddle the chicken toy. 13/10 for both pic.twitter.com/FzhD5cINOd

5. Didn’t make it through the bedtime story.

This is Zuri. She was reading you a bedtime story but accidentally fell asleep herself. Didn’t even make it a full page. 13/10 sleep tight bb pic.twitter.com/i4V1s4jo95

6. What do you think you’re laughing at?

This is a very serious matter!

This is Baloo. He is very serious. Not sure why you’re laughing. His seriousness is not a laughing matter. 14/10 pic.twitter.com/9PJItT9KEO

I think he’s happy about it!

This is Oakley. He’s on his way home for the first time. Hoping to grow into his wrinkles but no pawmises. 12/10 pic.twitter.com/MYllMgB3T4

You’re definitely getting the death stare.

This is Narcos. He is very angry with you. The addition of his duck friend only makes him 10% less angry. 13/10 release him immediately pic.twitter.com/T5zJY8CUXP

Do you see it? The blep?

This is Honey. She wants you to spot the difference between these two pics. It’s very subtle so please take your time. 13/10 pic.twitter.com/PvC2oGSJcQ

He was just saying hello.

This is Buddy. He found a phone in the park and decided to leave a selfie on it. 12/10 pic.twitter.com/PgWejKeghu

Right before our eyes!

This is Heidi. She’s certain the hole in the fence is getting smaller. There is no other explanation. 13/10 would still boop pic.twitter.com/avwVy0BY15

I love that page!

In the comments, please share some photos of your dogs and introduce us to them.

We can’t wait! Thanks, fam!