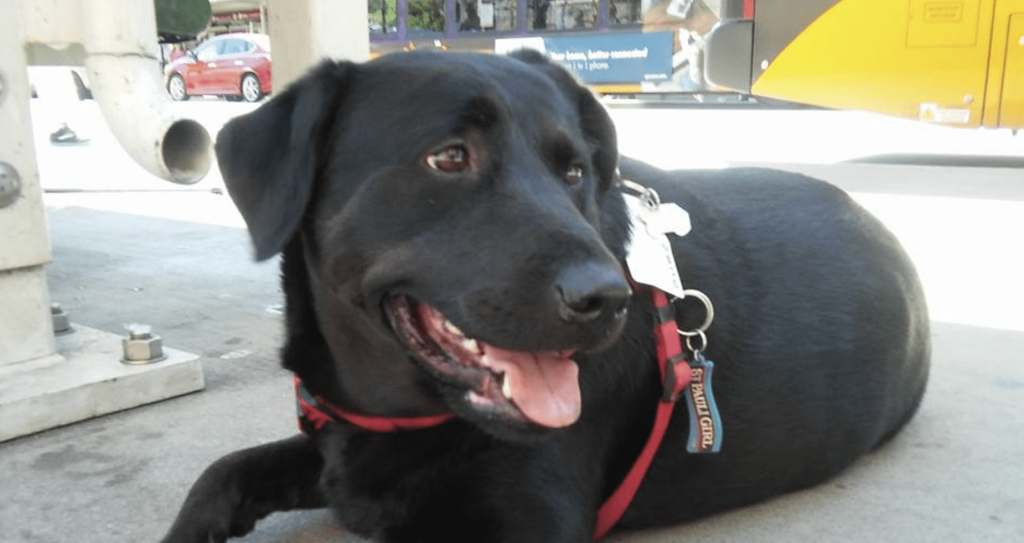 This Good Dog Rides to the Park All by Herself, Everyday Using Her Bus Pass

Commuting on public transit can be irritating. Depending on where you live, busses and subways pack people in like sardines, adding to the stress of your day. But if you happen to live in the Seattle area, a bus ride just might be the best part of your day. A certain route has a special passenger with four legs and a heart of gold.

Eclipse, a black labrador, is  more independent than any pup you’d meet. Robbie Lauren, a commuter on this route, posted on her Facebook page, “Every day she leaves her house, by herself, and takes the bus downtown to the dog park where she spends a couple of hours getting exercise and making friends, and then she takes the bus back home again.”

Where does Eclipse put her spare change to pay for the ride?

She has her very own bus pass strapped to her collar. Smart girl.

Apparently, Eclipse started this when her owner, Jeff Young, was taking a long time to get to the bus stop. Eclipse noticed that they wouldn’t make it, and like any dog that loves the dog park, she sped off and boarded the bus!

“The bus driver recognized her and dropped her off at the dog park, and later Jeff caught up with her.

After several more trips by herself, Jeff started letting her go on her own, and she always comes back home a couple of hours later.”

This is all well and adorable, but how do the passengers react?

“All of the bus drivers know her and she makes them smile, and many of the regular passengers enjoy seeing her every day and will often sit down next to her.”

My heart goes out to this pup! Not only is Ellipse serving her purpose for meeting new four-legged friends at the park, she’s giving back to the community but showing love to her fellow riders.

The community has certainly embraced her presence as “even the police have given their approval as long as the bus drivers are okay with the arrangement.”

Long story short… this is what one passenger thinks of Eclipse:

“She makes everybody happy.”

I would say so!

Don’t worry of you’re not in the Seattle area. Eclipse has a growing Facebook presence with almost 80K followers! Now you can keep up with her adventures.