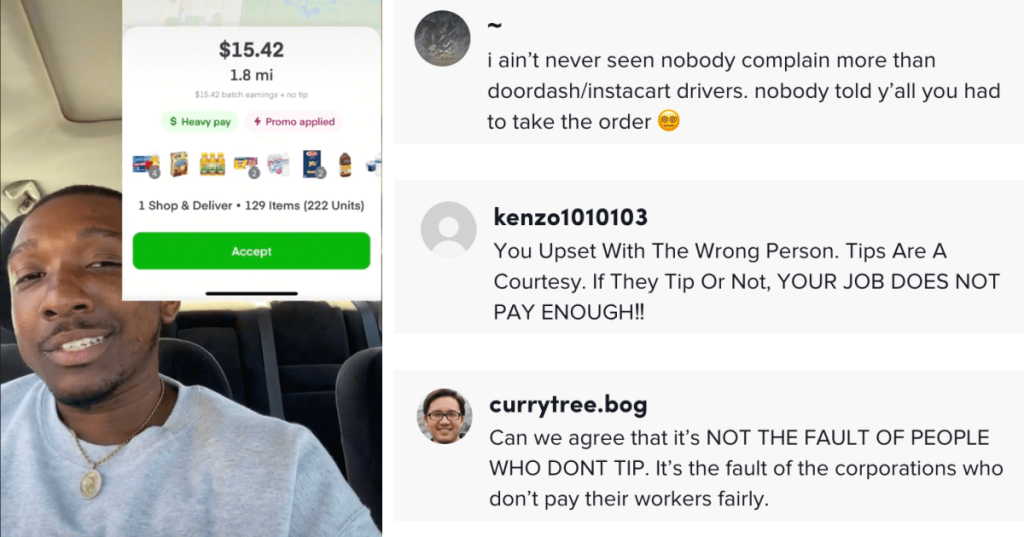 If you’re someone who shells out for Instacart for grocery shopping, have you stopped to think about how much the people getting your items are paid per hour?

If not, you’re probably one of the people this shopper is complaining about in a post that has now gone viral. 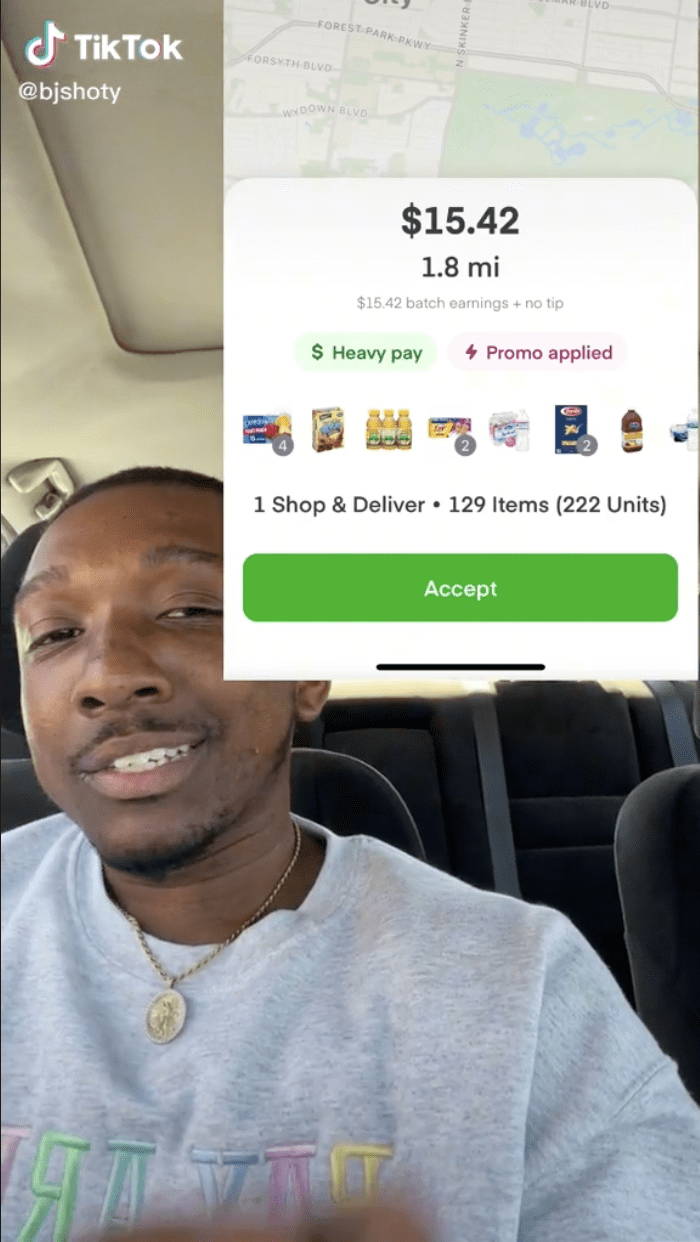 Shopper @bjshoty says we should be able to agree this kind of pay is “unacceptable,” given that it would likely take around 2 hours to shop an order that large – but he thinks Instacart is as responsible for addressing the issue as customers who don’t tip.

In addition to shopping over 200 items, the person also has to deliver the order, which means they’re likely making below minimum wage once all is said and done.

“Well this is not just on the customer it’s on Instacart as well. Base pay for an order with this many items should be $50+, that would at least make it $25 an hour and then a customer tip being between $15-$30 depending on the quality of service.”

Some people in the comments agreed that grocery shopping is time consuming and stressful, and that anyone who places that large of an order should be considerate enough to tip.

Others figure that shoppers can accept or reject jobs, so it’s up to them whether or not they want to work for these wages – an opinion that’s fairly privileged, because sometimes people just need money too badly to turn down work.

“You can’t blame the customer when the company is the one ripping you off, and the fact of the matter is you have the option to take the job or not.”

For his part, @bjshoty did not take this order.

“A lot of people understand why I said what I said. People who actually do Instacart know that kind of order would’ve taken over two hours to do for $9 with no knowledge of a tip. But negative feedback came from people who tip or feel like Instacart isn’t a luxury service. Most people that have negative comments don’t even use Instacart and would never order 200+ items from Instacart.”

He does hope, though, that his feedback will push his employer to think about implementing changes.

We’ll have to wait and see whether or not changes are made – personally, I’m not holding my breath and with gas prices the way they are, I don’t expect to see more people flocking to work for Instacart the way it is.

Can we all agree on 1 thing for once ??? instacart fypシ

Do you think they should be paid more per hour? Would you make sure to tip on an order like this (or any order)?

Let’s discuss down in the comments!