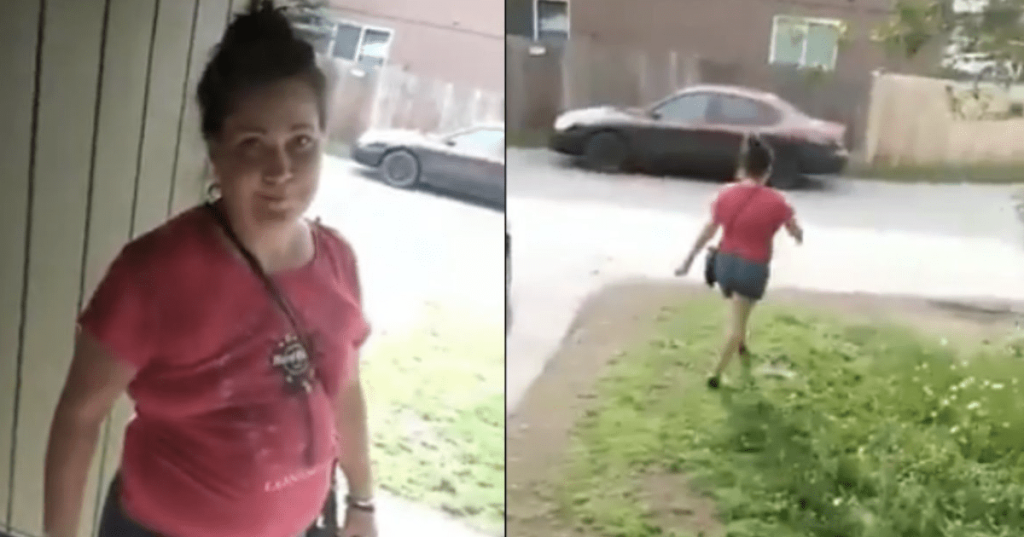 While the era of the ‘Karen’ never cease?

Throughout the past few years, “Karens,” middle-aged white women who have felt threatened and call the police on people of color, have been prevalent in modern culture, but in 2020, there’s news of at least one a day who sinks to a new low.

In a video posted to Reddit and Twitter, a “Karen” appears to have already called the cops and knocks on the man’s door to ensure that he does live there.

Cul-de-sac Karen calls cops on Black Man for sitting in his own car in his own driveway in front of his own house waiting for his own son to come out and get in the car.

She tried to block the door and accused him of being a DRUG DEALER.

Can she be arrested for harassment, pls? pic.twitter.com/8c4zTot2lL

The man tells her he was waiting for his son to come out, but this does not sate her. She also not satisfied when he enters his own home.

My bad. He was parked across from his own driveway so his kid could see the car from the window. He parked on the easement, which is public property. Still ain’t none of her goddamn business.

After a few minutes, once she realizes he does live there, she walks away, but not without yelling a string of obscenities and accusing him of being a drug dealer. He refers to the dozens of Karen’s we see on the Internet, and he says he never thought it would happen to him.

Twitterers responded with anger, saying the woman could have easily apologized when she realized she was wrong—instead, she dug her heels in even further.

It’s one of the hardest things for people to do…admit when they’re wrong…and you’ll never get a racist to admit that.

Other people who responded said the behavior has been going on a long time, and we see as much as we do now because we can easily record evidence of it.

Wtf? The racism is loud and proud.
If she indeed called the cops as she said, she should be charged with filing a false police report at the very least.
These Karen’s are taking off their hoods and coming out of the woodwork.

So far, the Internet has not identified the man, the woman, or the city in which the altercation took place. There’s also no telling if the cops ever showed up.

Have you seen Karens exhibiting bad behavior in your neighborhood? Let us know in the comments below!