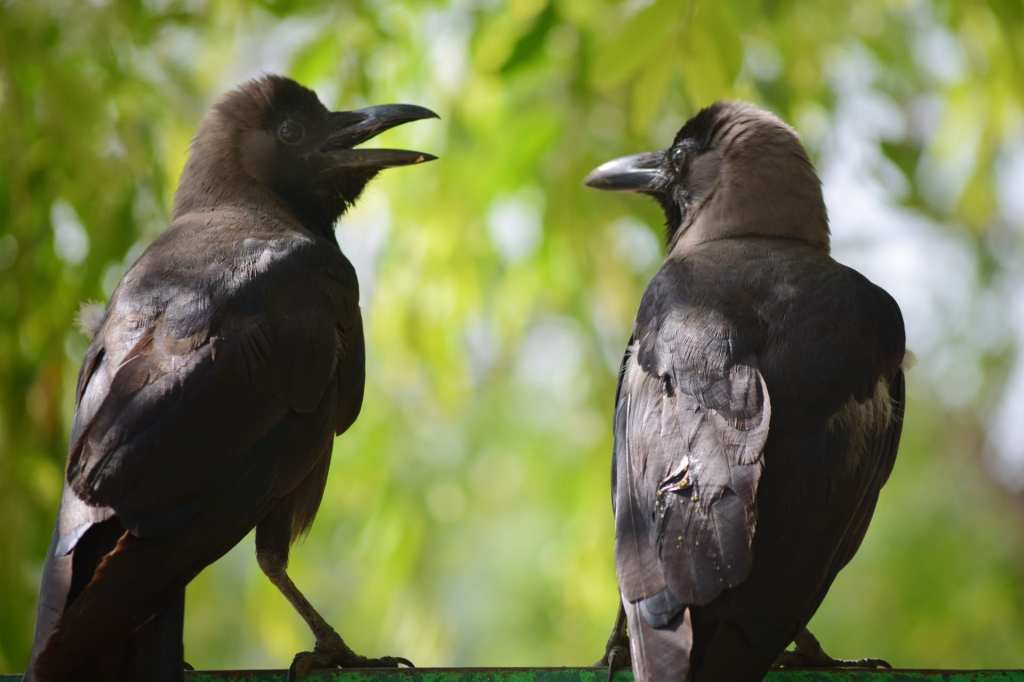 This story really is incredible; it shows the amazing bond that humans can have with animals of all kinds.

Stuart Dahlquist has long been a bird enthusiast, but even he was shocked by the actions of a family of crows that he’s been feeding for several years.

We've been feeding a small family of four crows (mated pair and their two year old kids) for several years. Last week two days in a row they left these gifts, pull tabs threaded onto pine twigs. This isn't only generous, it's creative, it's art.
My mind is blown. pic.twitter.com/tT5ORZ3AHL

“Crows are amazing creatures and I’ve always felt this way since I was a boy. Birds – all kinds – have been a real focal part of my life; I love watching them, listening to their calls, identifying them… Oh! And helping them if they need help. I’m not a real ‘birder’ with high powered binoculars or anything like that but they play an outsized role in my enjoyment of life.”

“They nest in a large douglas fir tree that’s in our front yard and we could hear the babies when the parents would feed them. One day I found both babies had fallen to the ground, almost able to fly but not quite. We got them into a tree and the parents – pretty angry with us actually – took it from there and the little ones survived. We began feeding them soon after.”

Dahlquist has helped out injured crows as well when necessary.

He lived in our bathroom for several days, a really calm crow. Nursed him back and he seemed healed. When we released him there were three or four crows watching us, and as he took off they greeted him. It was fucking awesome.

A lot of people were moved by Dahlquist’s actions and the “gifts” that the birds brought him.

Crows have roughly the intelligence of a 3 year old human and are capable of perceiving depth. They've been known to use tools and can solve complex puzzles. I love them.

We have 2 resident crows (Russell & Sheryl) who leave us shiney pebbles on the path now and again. We whistle every time we leave our food for them and last year we were positive that they mimicked the sound when their fledgling was brought to our garden! We love them ?

That’s so beautiful. The best I get is my fox bringing the bones back from the meat I’ve left him and putting them on the tree stump as if to say ‘thanks, more please’

Crows are amazing! We once nursed an injured chick for several days. The mama never left our yard. On release day, the baby squawked, mama responded and the sky was soon filled with crows! Hundreds circled overhead while a couple helped. They stayed til mama and baby joined them!

It’s quite a story. Do you have anything similar that’s happened to you?