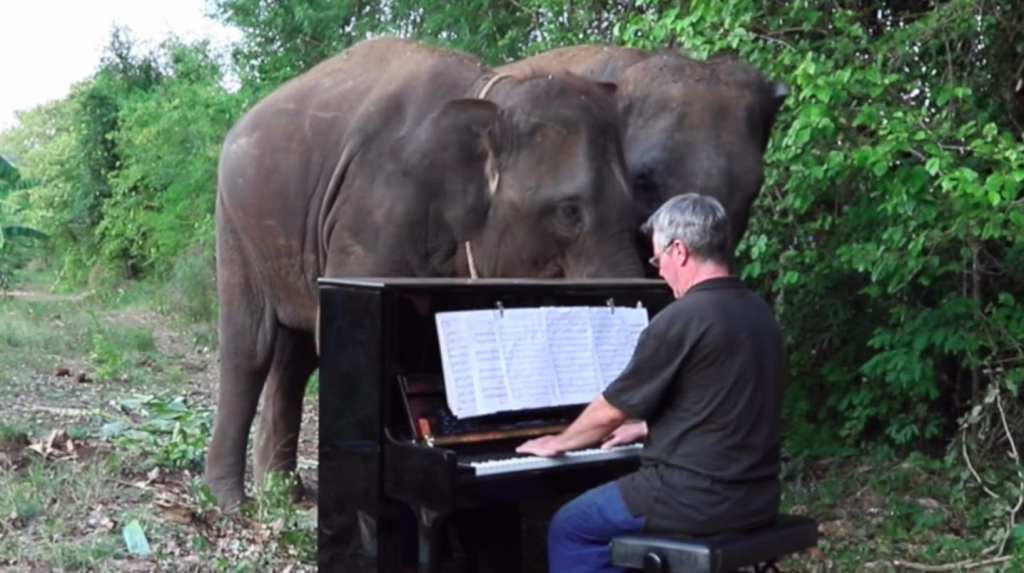 This Man’s Hobby is Serenading Elephants With Classical Piano Music

ElephantsWorld sanctuary in Wang Dong, Thailand is a retirement center for old working elephants. When Paul Barton of the U.K. first visited the center, he had a lightbulb moment, Simplemost reports.

As a professional pianist, Paul was the perfect person for the job. He checked in with the staff, who gave him permission to bring a piano to the sanctuary.

He set it up in a clearing, and elephants can walk right up to him as he plays. They’re free to leave at any time—but many of them enjoy it enough to stick around for a while.

In one video, a male elephant called Romsai sways softly back and forth as Paul plays “Moonlight Sonata.” Romsai was in musth, a time similar to a deer’s rut when male elephants become confrontational and aggressive. But listening to Paul play, he was as peaceful as ever.

Paul’s story first went viral in 2018. A year later, he continues to play piano for his elephant audience members on a regular basis.

The elephants are retired working elephants who are too old or injured to continue working in the logging and trekking industry.

If anyone deserves to sit back and relax to some Chopin, it’s these guys!