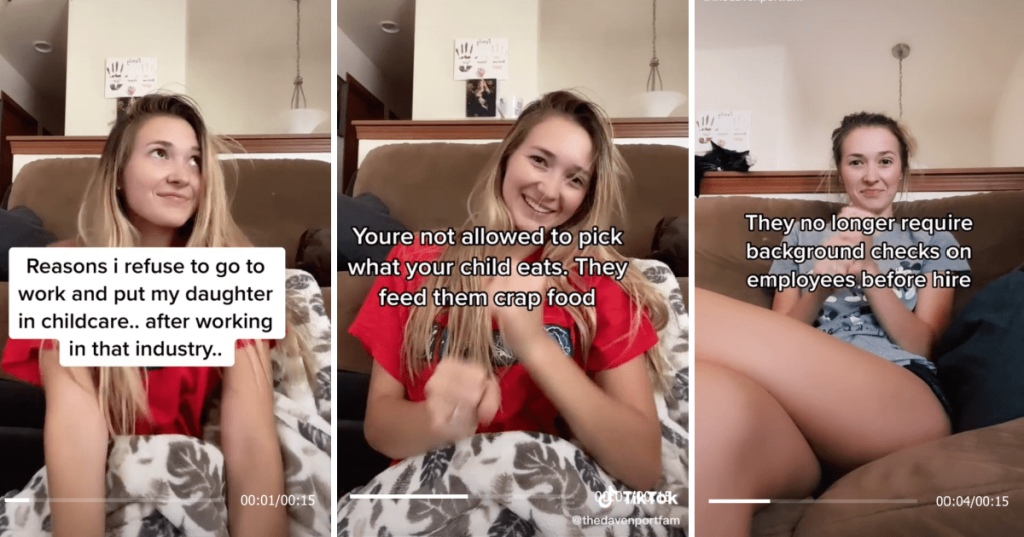 When we have children, there are hundreds of decisions that have to be made right from the start. Bottle or breast? Cloth diapers or disposable? Co-sleeping or sleep-training?

The list goes on and on, but if both parents work outside the home before baby is born, then one of those questions is what to do for childcare once maternity (or parental) leave is used up – if the family even had any to begin with, of course.

If both parents want to keep their careers more or less on track, then they’ll be looking for carers for their baby – and if no extended family is available, then they’re going to need a daycare center to fill the void. 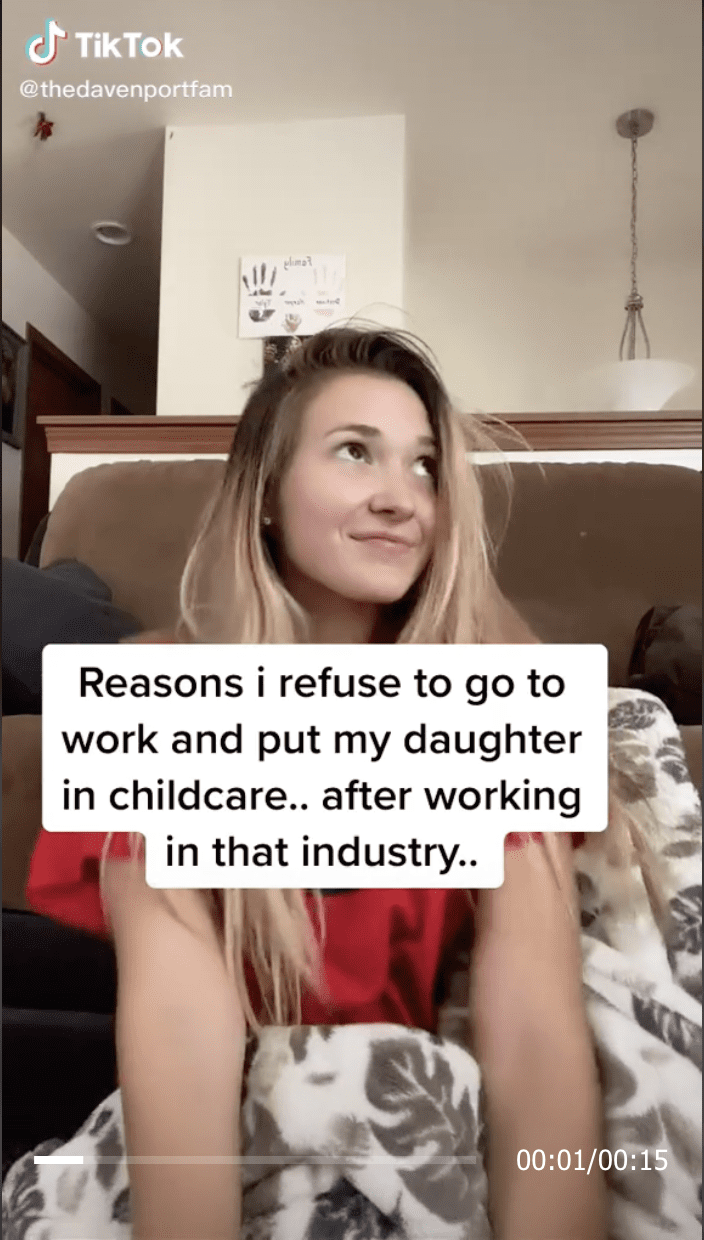 This TikTok user used to work in daycare, so when she started to make videos stating that her own daughter would never go to one and giving her reasons why, parents understandably sat up and paid attention.

This isn’t something that working parents want to hear, especially because for many of them, they have no choice financially but to trust strangers with their kids. 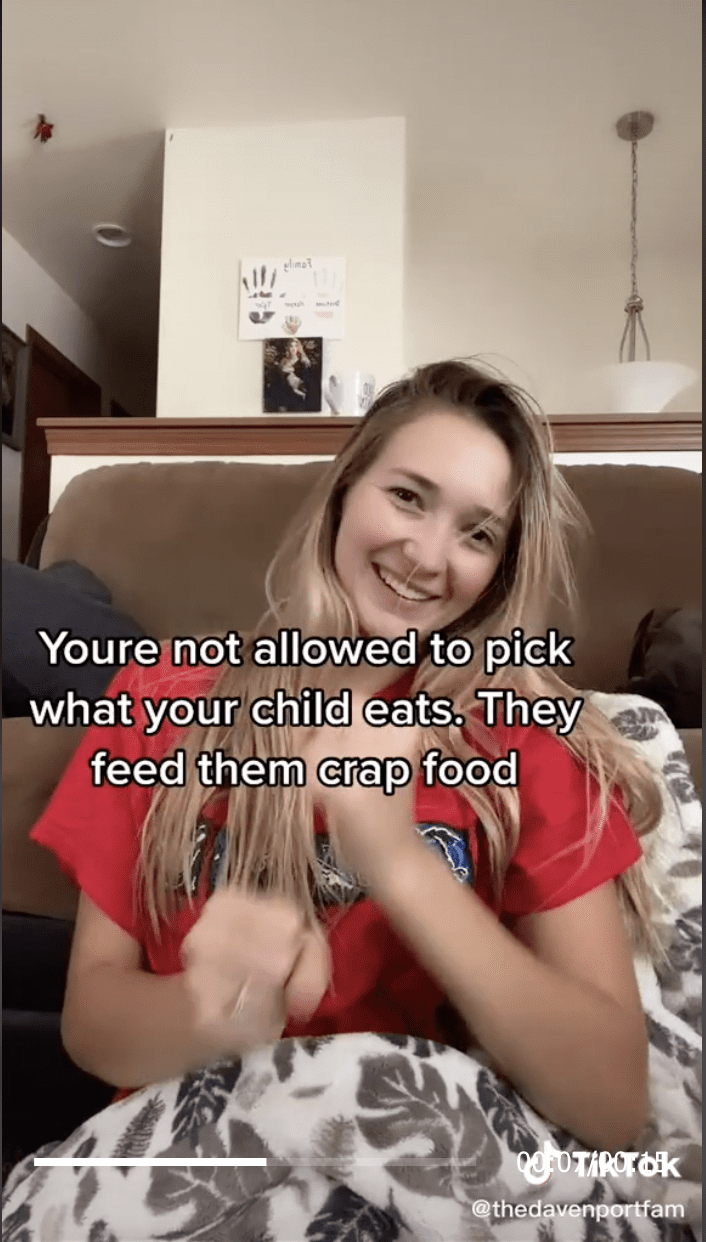 The U.S. Department of Treasury has similar findings, though, and recently called the childcare system in the States “unworkable,” and “plagued by market failures that put quality care out of reach for many families,” according to a statement put out by Catherine Wolfram, the Treasury’s acting assistant secretary for economic policy.

We saw women’s employment take a nosedive during the lockdowns, as they were the ones quitting their jobs to stay home with kiddos when daycares were no longer operating. Many people believe the economy can never truly recover until the daycare issue is resolved and parents who want and need to work can work without worrying about the quality of care their children are receiving while they do.

@olddavenportfam returned with a second video and even more reasons she chose to stay home with her kids (and was lucky enough to be able to do so). 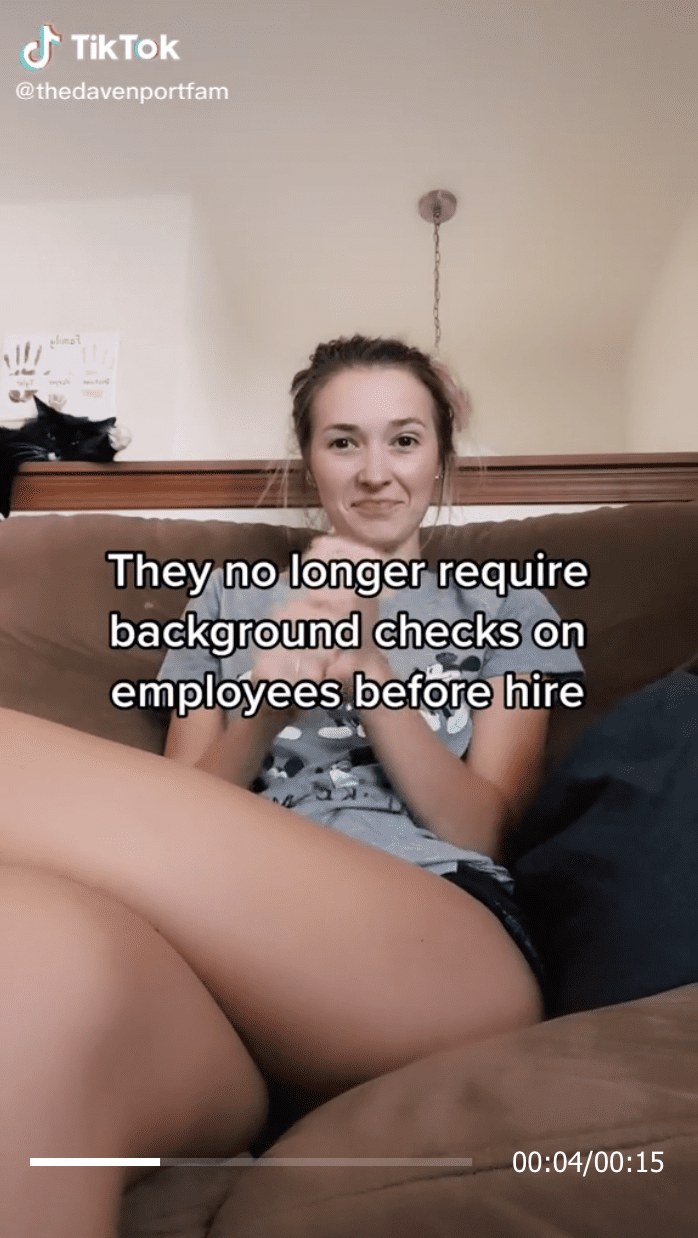 In it, she listed the fact that background checks on employees are not required, they’re unwilling to keep to your child’s schedule, and ratios of staff to students aren’t always compliant.

If you read her comments, you’ll find many other childcare workers who feel the same way, which is more than a little disconcerting.

You’ll also find parents talking about touring facilities and the seriously questionable things they saw when they did. 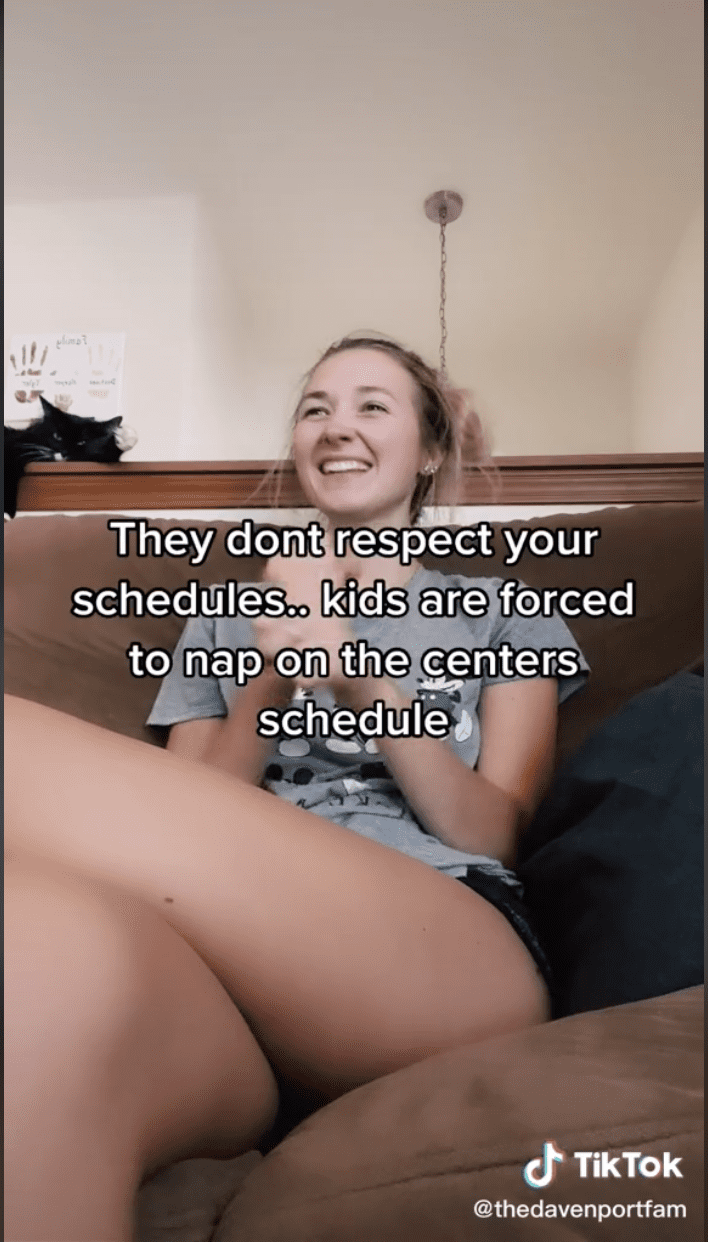 If you need to utilize childcare that’s done in a daycare setting, make sure to do your due diligence ahead of time. Tour the facility, maybe more than once, to get a general vibe and see how the children who are in their care seem during the day.

Ask all the questions you need to, and maybe even pop by unannounced to see how the kids are being treated when the workers think no one is asking.

The truth is, many working families have no choice but to trust someone with their child. Don’t feel badly about that; we’re all out here doing our best – just make sure the daycare workers are doing their best for your child, as well.