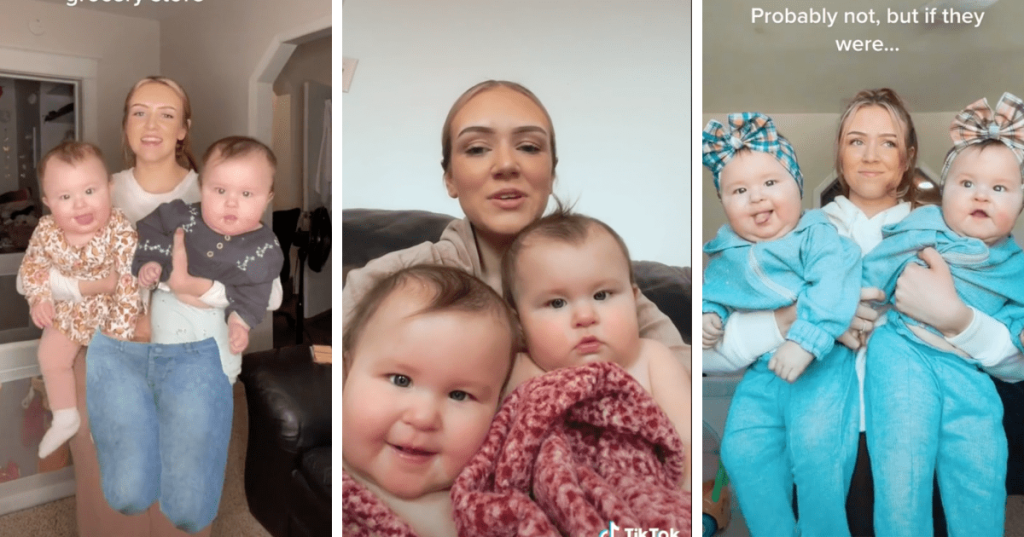 This Tiny Mom Has Giant Babies And The Internet Loves It

When most of us think about giving birth and cuddling the cute little babies we bring home, the operative word there is “little.” They’re tiny and cute, with their little fingers and little toes…except sometimes they’re not.

Sometimes they’re huge, and their mothers are the opposite, and honestly, people on TikTok can’t get enough. 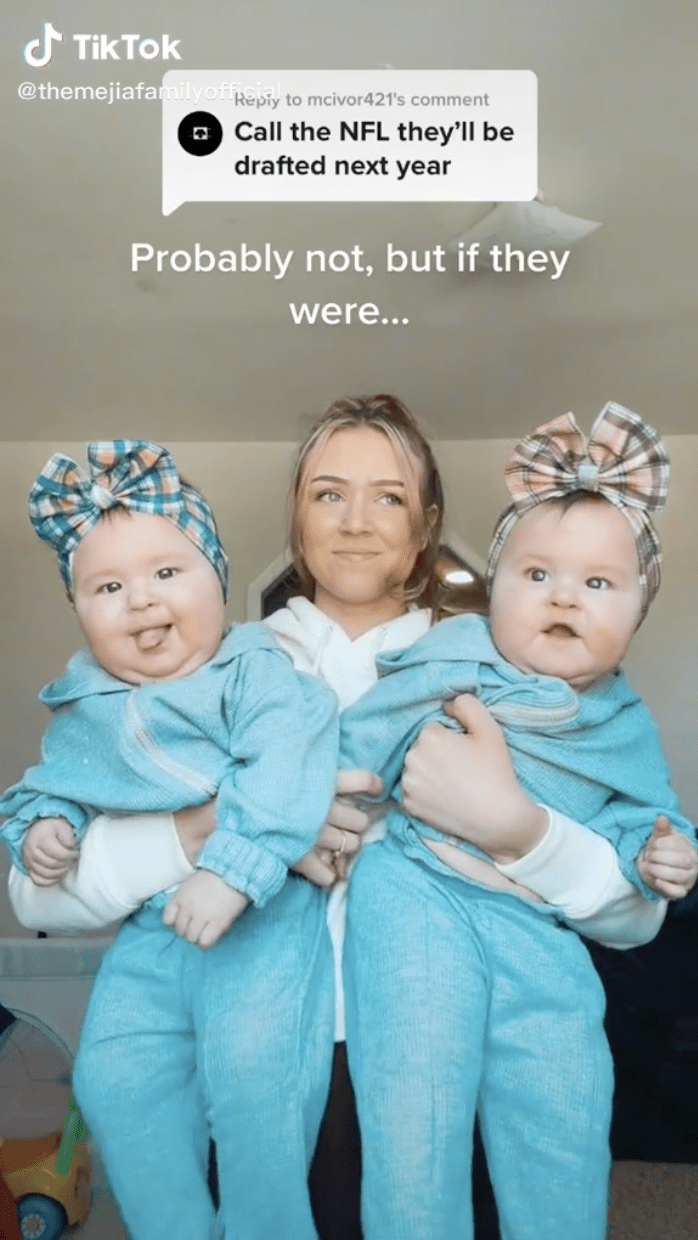 Alexis LaRue is 22 and a a new mom to seven-month-old twins. She’s only five-foot-three, and whether it’s the camera angle or the fact that her twin girls, Camila and Elena, are big for their ages, it’s hilarious to watch her try to hold them both in one arm (ala Maia Knight).

The girls were born at average weights – just over 6 lbs, though that’s still a little big for twins – but at 7 months old they’re both in the 98% for both height and weight and wear 12-18 months old. 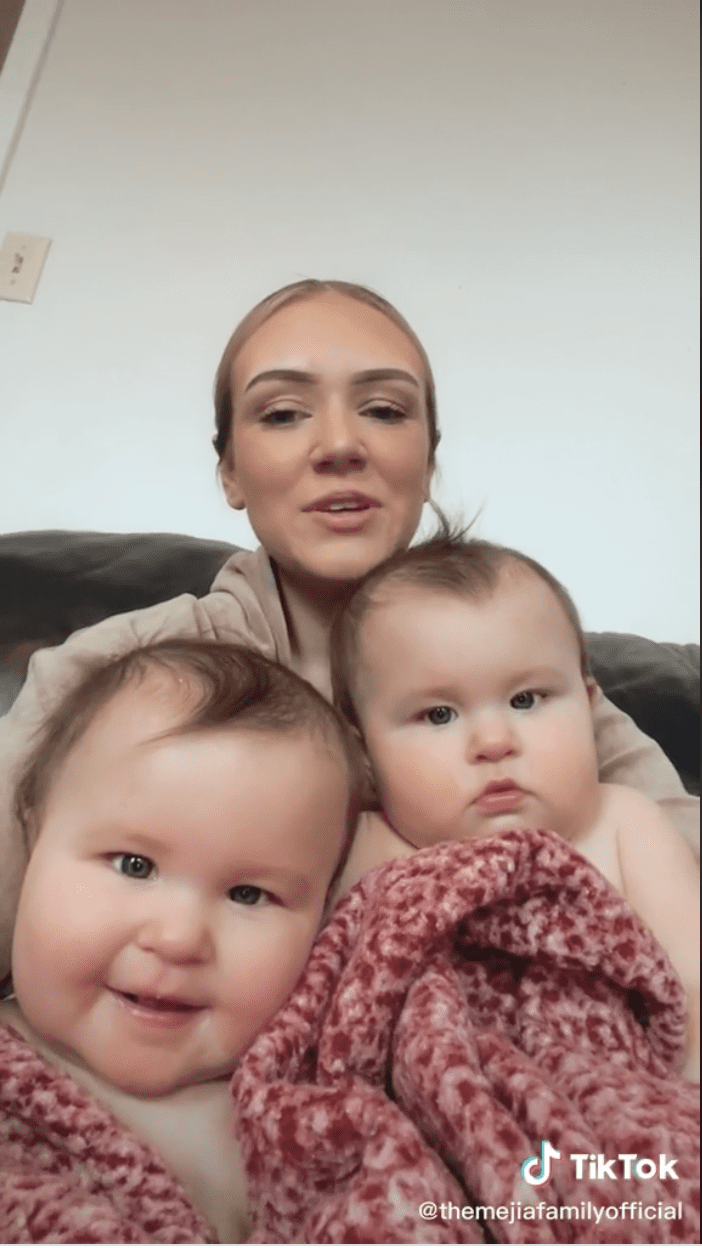 And no, her fiancé isn’t super big, either, at just five-eleven.

Alexis told Metro.co.uk that they were a surprise from the start. 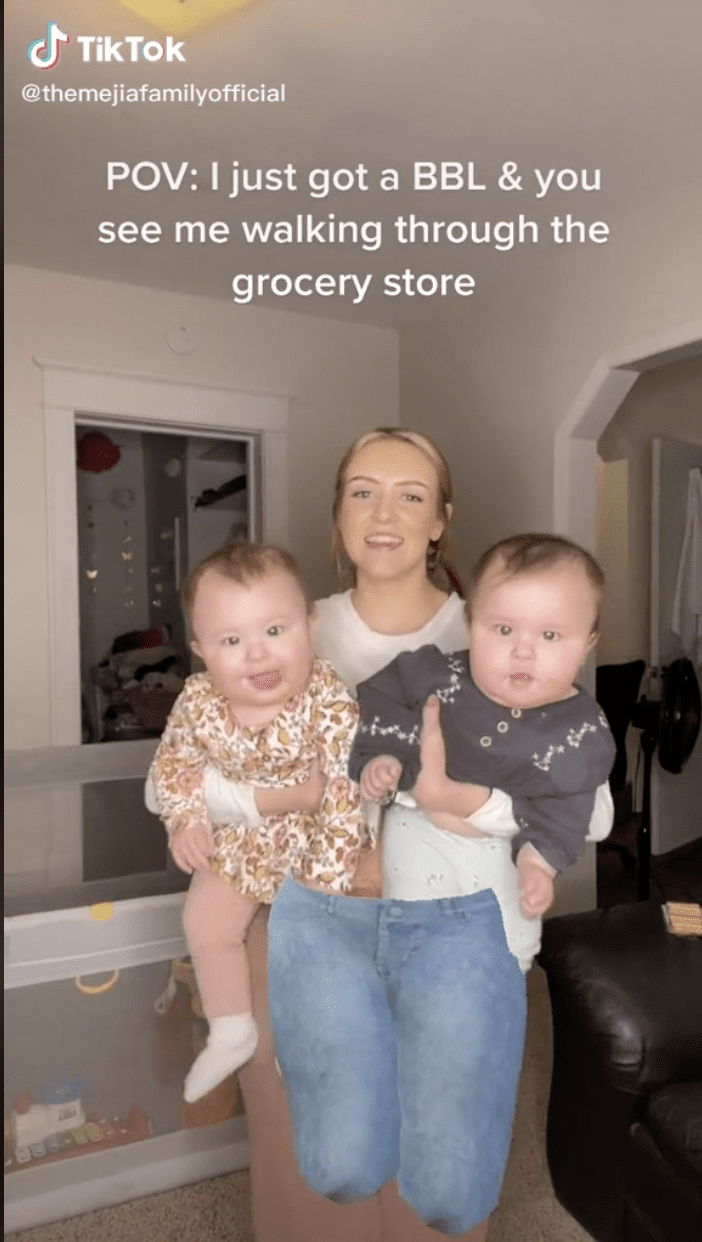 “In the twin community, it’s pretty normal to expect babies around 5 lbs or less.

I had already bought preemie-sized clothes for the twins, as I thought they were going to be very small.

However, with the combined weight of almost 13 lbs, the girls went straight into newborn and have been growing very rapidly since.”

Most people are normal and just get joy out of virtually squeezing chunky babies, but of course, there are always the mom-shamers out there who want to imply that LaRue is somehow forcing them to grow bigger than average. 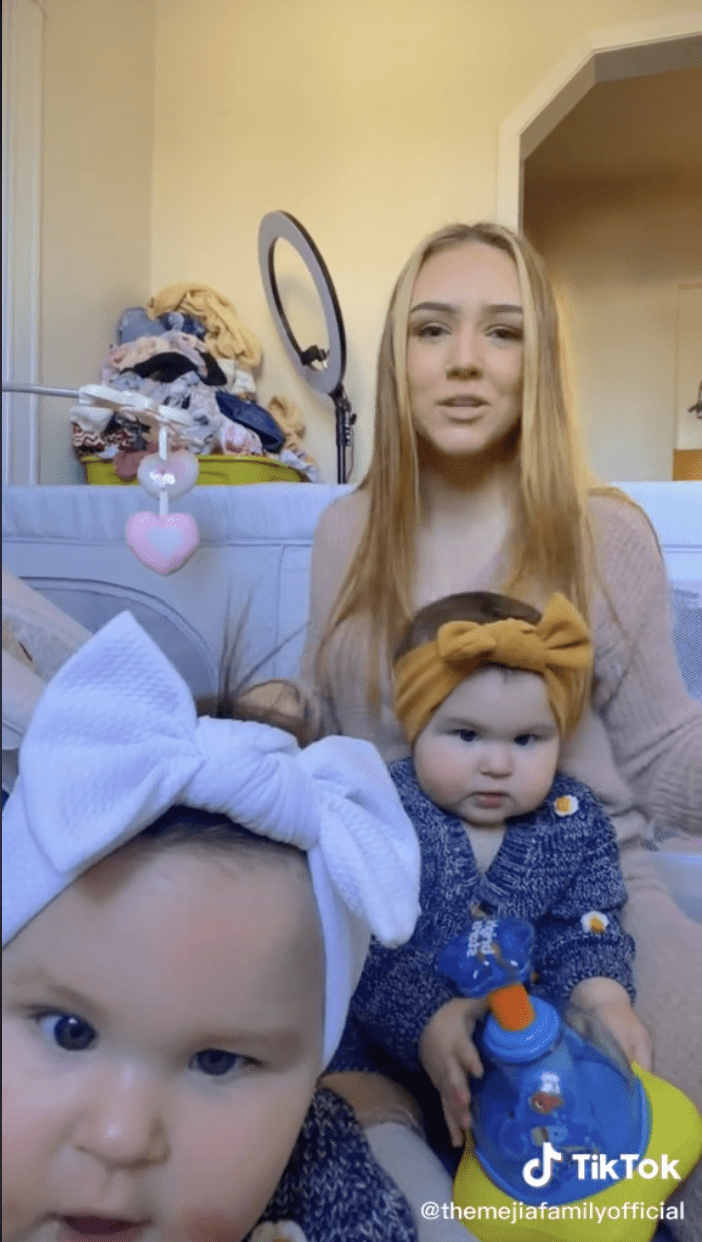 “They’re getting just the right amount of milk.

They’re happy and healthy and that’s all that matters.

Some people just have big babies! Their pediatrician has not had any concerns about their sizes, they are simply very fast growers.”

I say squeeze them and enjoy every minute, because soon they’ll be running around shedding pounds and you’ll only have pictures of the days you could hold them both (barely) in one arm!