Let’s face it: the job search process is hard. Most of us have had bad interviews – or at least interviews that didn’t go as well as we’d hoped.

Like any of us would be, Laura MacLean was excited about landing an interview with Microsoft. The interview was scheduled for February 18, 2019.

MacLean studied the company diligently and make sure her computer was ready for her Skype interview, according to BuzzFeed News.

On the morning of the interview, she made sure she was ready in plenty of time. She booted up her computer and waited. And waited.

Then she emailed them… 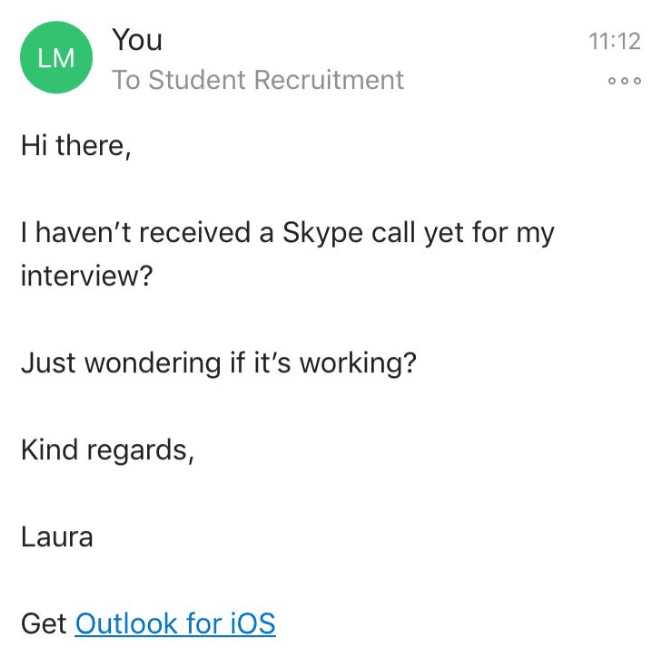 They write her back promptly.

Do note… they said February 18th. 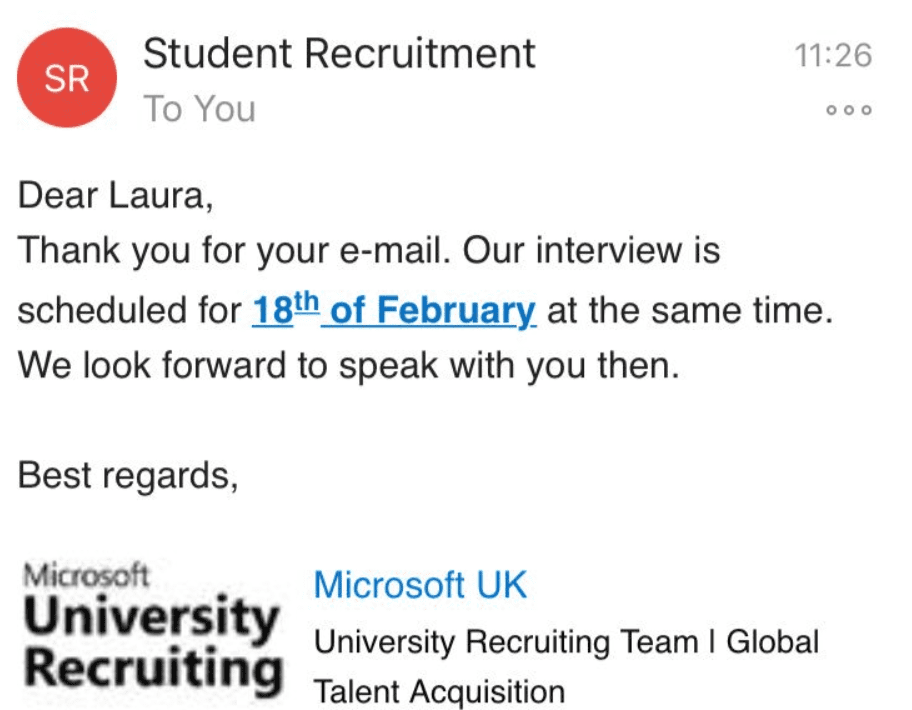 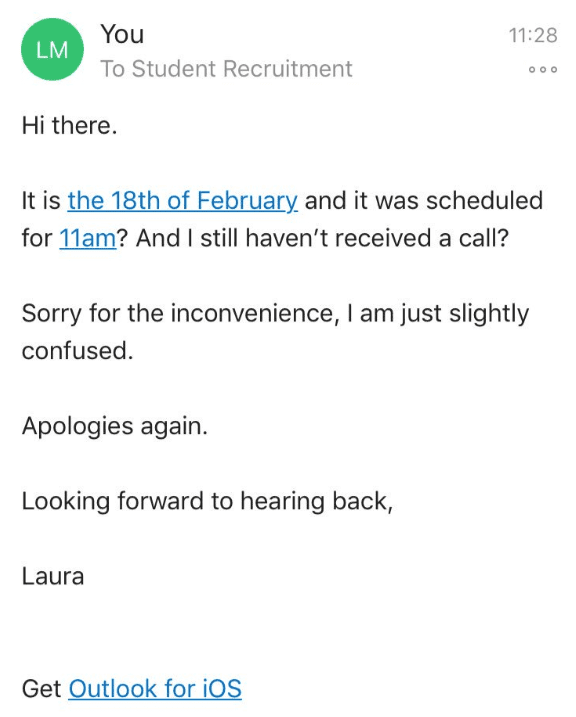 The good folks at Microsoft write back, clarifying things for Laura.

And this is JUST a bit embarrassing. 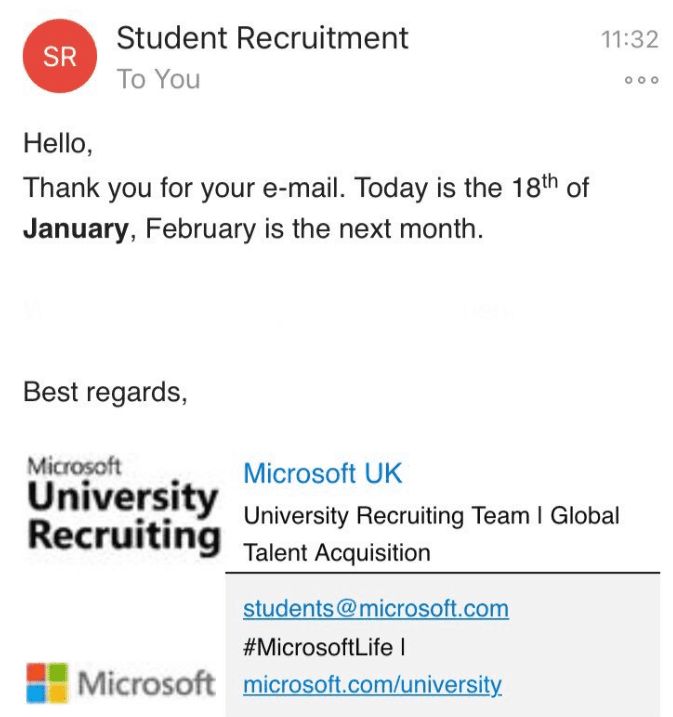 MacLean kept a sense of humor about the whole thing, posting her exchange on Twitter, where it rapidly went viral.

Because, yanno, she fessed up to it all and had a good sense of humor about it.

Of course, Twitter found this hilarious. Some shared stories of their own awkward mistakes.

Microsoft took a moment to weigh in as well:

At least Microsoft has a sense of humor too!