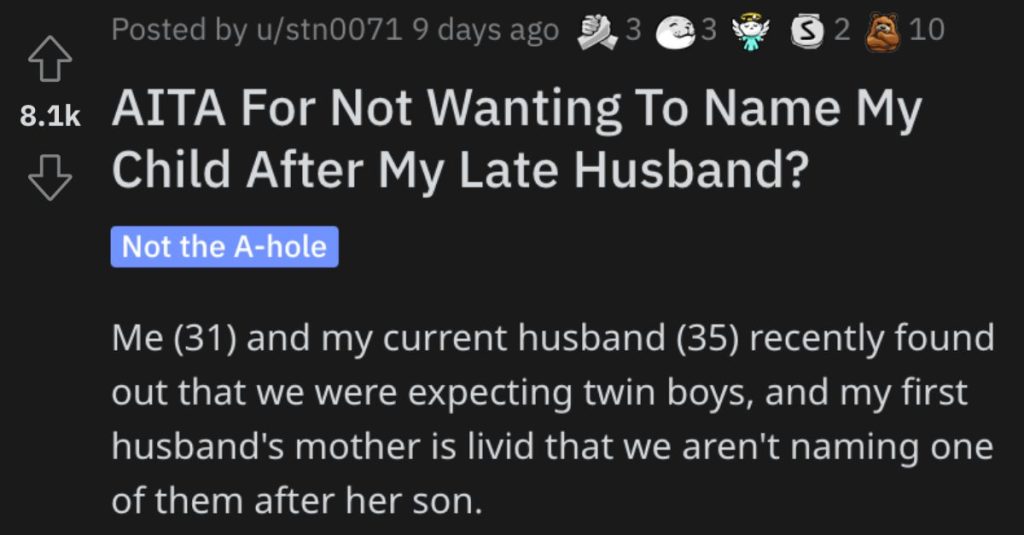 This is a pretty unique story and I can honestly say that I’ve never heard one quite like it before.

It comes to us from the “Am I The A**hole?” page on Reddit and we think you’ll find it to be very interesting.

Let’s see what went down, shall we?

AITA For Not Wanting To Name My Child After My Late Husband?

“Me (31) and my current husband (35) recently found out that we were expecting twin boys, and my first husband’s mother is livid that we aren’t naming one of them after her son.

A little background. My first husband (Michael) and I were college sweethearts. We got married not long after graduation, and I thought I would be with him for the rest of my life. Unfortunately, we were only married for a couple of months before Michael passed away suddenly.

It was one of the worst times in my life and I never thought that I would ever fall in love again, much less get married again or have a family. I remained very close with Michael’s mom, my MIL, and she was very supportive when I eventually started dating again. Not long after I met my current husband (John) I took him to her house so that they could meet. She was so excited to meet him and I remember going to the bathroom and crying tears of relief that she wasn’t angry at me for moving on.

When John and I got married she was so happy for me, and on my wedding day, she took me aside and told me that she knew Michael was happy for me too. It meant so much to me to hear her say that.

Earlier this year, John and I found out that we were pregnant. At first, MIL was ecstatic, making jokes about being a ‘bonus grandma’ and asking to help plan the gender reveal party and baby shower. But then when the subject of names came up, she was shocked that we weren’t planning to name the baby after Michael.

I explained to her that if it was a boy, we were going to name him after John’s father. I could tell she wasn’t happy, but she seemed to accept it. Things took a turn for the worst after my twenty week ultrasound, when we found out that I was carrying twin boys. When I told her the news, she flat out told me that had to name one of the babies after Michael, or she would never forgive me.

When I told her that we weren’t going to do that, she absolutely flipped, saying that I was betraying the memory of her son. I tried to make her understand that as much as I love and miss Michael, that chapter of my life is over, and I feel like it’s disrespectful to John to insist on naming one of his children after another man. At first John said that he would be fine with it, if it was what I wanted, but eventually he admitted that the idea made him uncomfortable.

I never want to make my MIL think that I’ve forgotten Michael or that he wasn’t important to me, but I don’t want to name one of my children after him either. And honestly, I don’t think he would have wanted me to. There are better ways of remembering him than giving his name to a child that will never have any real connection to him.

I tried explaining this to MIL, but she just wouldn’t hear it. She told me that she would never speak to me again, if I didn’t name one the babies after her son. She’s been a really important part of my life, and I don’t want to lose her, but at the same time, I feel like she’s giving me an unfair ultimatum.

One reader said this woman is not an a**hole and the name of the child is totally up to her.

Another Reddit user said that this story is just full of red flags as far as the mother-in-law goes. 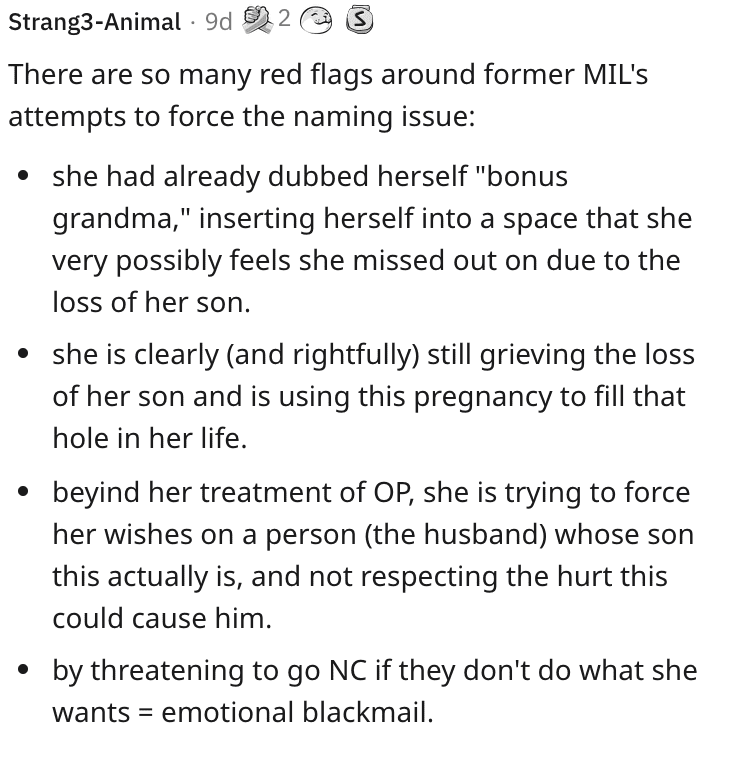 Another reader remarked that “every kid deserves to start life with a blank slate”, not with this kind of baggage. 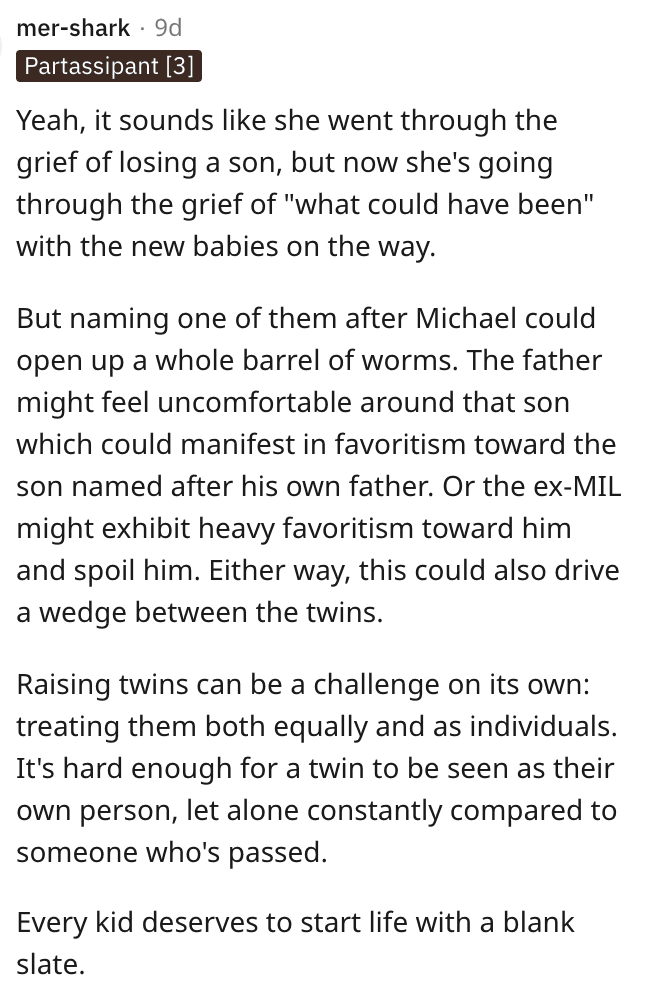 And finally, this person made no bones about it: the mother-in-law in this story is a real piece of work. 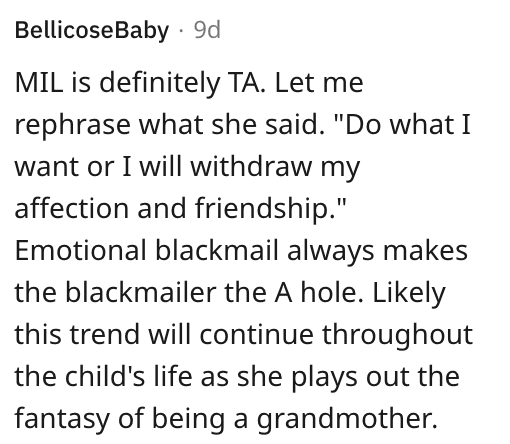