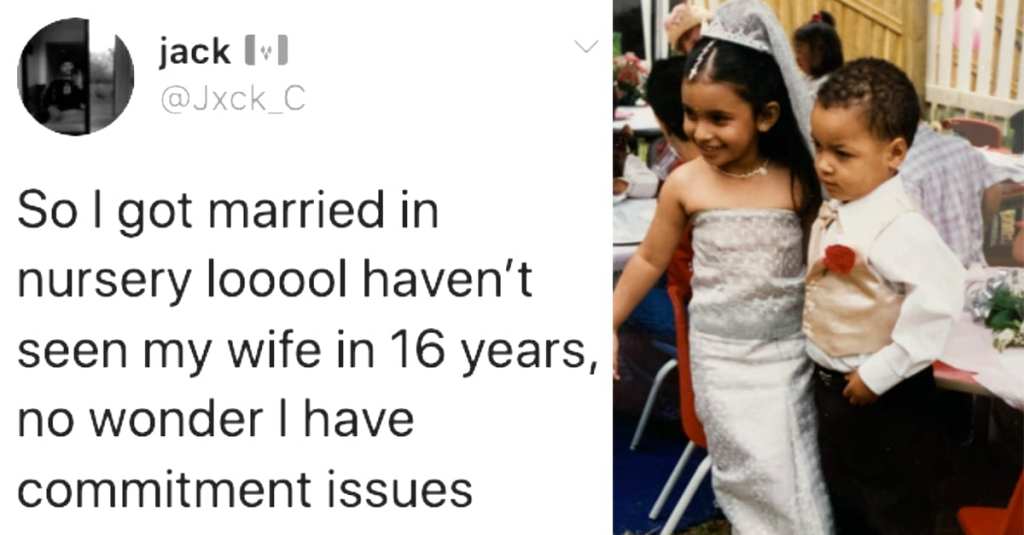 Twitter user @Jxck_C, whose real name is Jack Callow, shared pictures from a rather fancy wedding ceremony he participated in as a kid. Wherever he went to nursery school really went all out on the decorations, right down to the flower centerpieces.

So I got married in nursery looool haven’t seen my wife in 16 years, no wonder I have commitment issues pic.twitter.com/EeEfTj3jnc

His post of course referred to his “wife” who he married 16 years ago. And thanks to Twitter, Jack finally got a chance to see the girl he tied the knot with as a kid.

While many users took advantage of the opportunity to crack a few jokes, Jack’s desperate attempt to find the unidentified girl in the pictures eventually paid off, with a little help from his internet friends.

Y’all, I found the ‘other’ girl. You know in weddings they always have that one who missed the guy ? pic.twitter.com/NbIhwghDrL

In fact, the bride herself responded the next day!

Incredibly, the bride, whose real name is Rena, has managed to do quite OK without her long lost husband. The 21-year-old is a student in the United Kingdom.

She apparently had not seen the photos before. So the viral post certainly made her raise her eyebrows before responding.

“All my friends and family thought the pictures were really cute and thought it was funny how they went viral.

As for her groom, Jack? The 21-year-old is a law student at Nottingham Trent University. 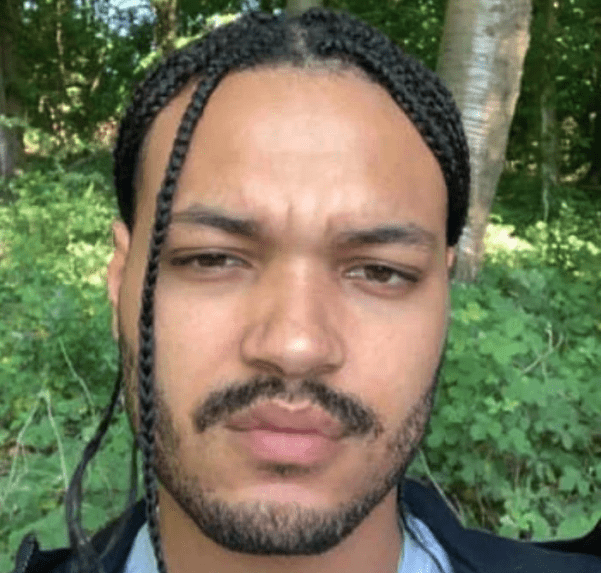 Ultimately, the two may have gone their separate ways, but thanks to the power of Twitter, husband and wife finally got a chance to reconnect, even though Twitter had its opinions…

Just married and already be eyeing that other girl. pic.twitter.com/g5rCW6oCtW

Just don’t get your hopes up for a real wedding.

This man knew you were marrying the wrong one ? pic.twitter.com/RHNf3UBiVK

“Your mum” gets the final word… and we couldn’t agree more!

Have you ever been reunited with a long-lost childhood friend? How did you get in touch and what was the reunion like? Tell us your story in the comments below!