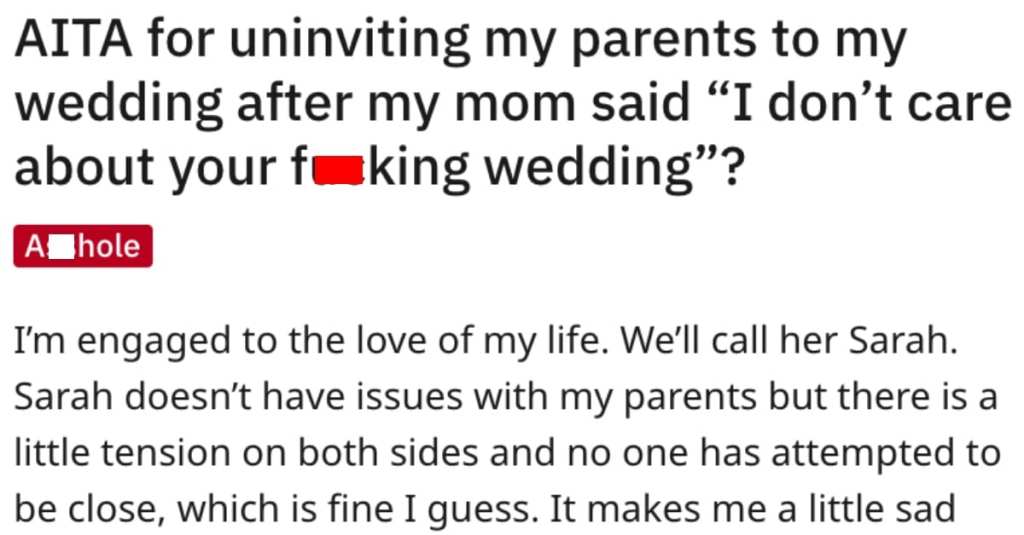 Was This Guy Wrong to Un-Invite His Parents to His Wedding? People Shared Their Thoughts.

Family drama is here and it’s here to stay!

We all have drama in our families on some level, but some folks really take it to another level, you know what I mean?

A guy took to Reddit’s “Am I the *sshole?” page to ask if he was way out of line for uninviting his parents to his parents after his mom was…less than polite.

AITA for uninviting my parents to my wedding after my mom said “I don’t care about your f*cking wedding”?

“I’m engaged to the love of my life. We’ll call her Sarah. Sarah doesn’t have issues with my parents but there is a little tension on both sides and no one has attempted to be close, which is fine I guess. It makes me a little sad that they are not more excited about her.

Sarah asked my mom the other day if she would help make centerpieces. Sarah is into DIY but we are running out of time and she was asking around to see who would be willing to help.

She admitted to my mom that it was kind of grunt work and if she didn’t want to, no pressure. My mom got offended and said of course she doesn’t want to, we haven’t cared about her at all, so she doesn’t care about our f*cking wedding. This hurt Sarah but she didn’t fight back.

Sarah told me and I called my mom. Honestly I probably went into it a big aggressively, but I yelled at her for saying that to Sarah. My mom said that Sarah hasn’t included her in any of the fun parts, or cared about her opinion on anything, so why would she help make centerpieces. I asked her to apologize to Sarah and my mom said no, she was done talking about it, so I uninvited her to the wedding.

My dad sent me a text, because I said he could still come, and pretty much told me to f*ck off if I thought he would come without my mom. My mom is now upset because everyone is going to ask where she is. Sarah is very happy and feels like I defended her, and literally everyone else thinks I’m the *sshole.”

This person said they agreed with the man getting mad, but they would have handled it in a different way. 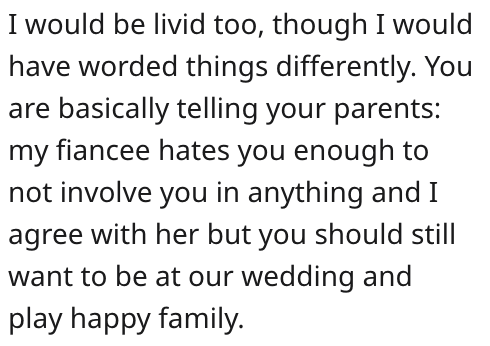 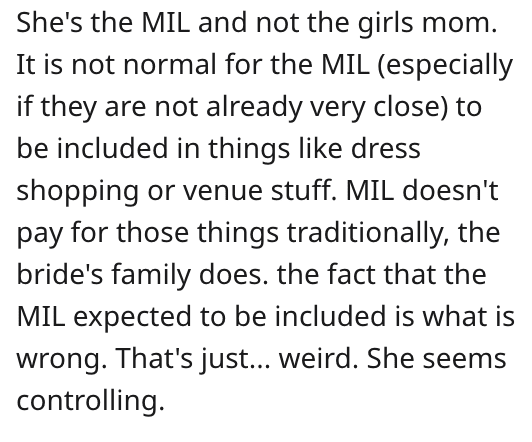 Another reader said that this whole blow-up could be a sign of BAD things to come. 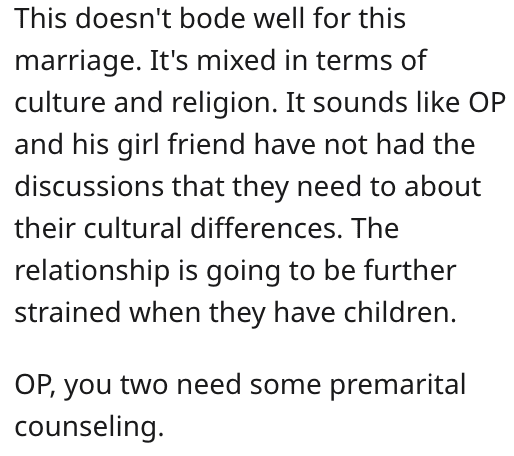 Another Reddit user said that the man is to blame here and that his bride-to-be isn’t in the clear, either. 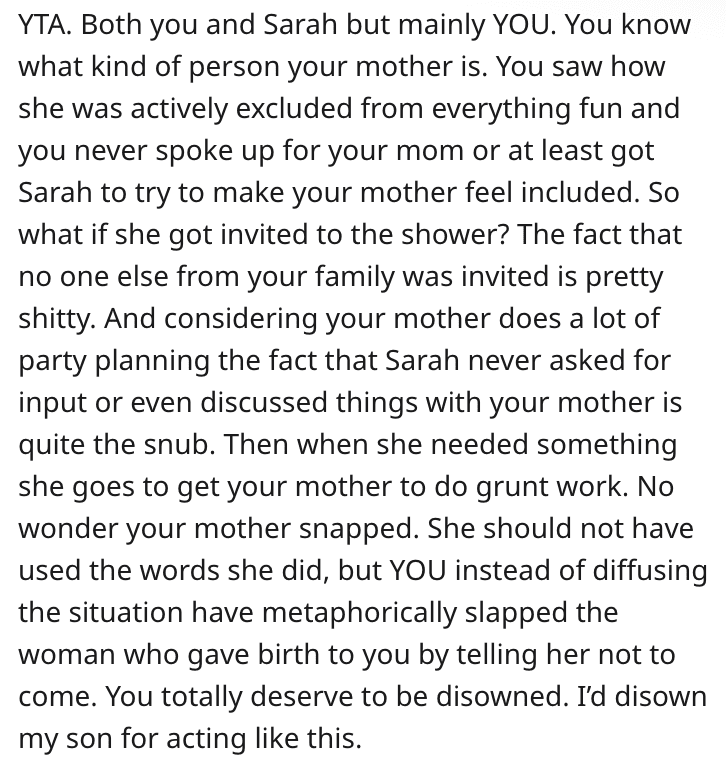 And this person agreed that the man is also the *sshole here and that they’re taking advantage of the people in their lives during the wedding planning. 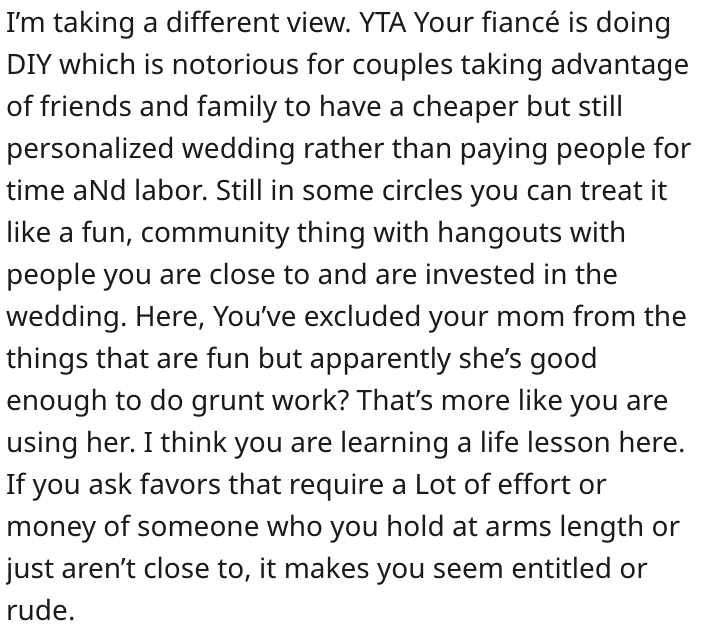 And now we want to hear from you!

In the comments, tell us what you think about this situation.