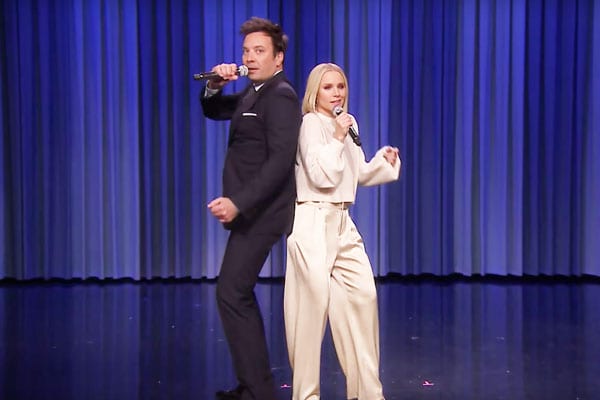 When ‘Frozen’ came out in 2013, its theme song, storyline, and main characters seared themselves into our memory. The film’s sequel is already out, and Kristen Bell once again plays the lovable Anna.

Bell and Jimmy Fallon have delivered a treat: a 5-minute medley of classic Disney songs for our amusement.

The talented duo did some pretty faithful renditions of songs that have defined the childhoods of so many. 17 songs form part of this jam-packed medley, including When You Wish Upon a Star.

Fans already knew Kristen Bell is talented, but this five-minute performance gives us a taste of her singing chops. Included in this performance are also Mary Poppins‘ ‘Supercalifragilisticexpalidocious,’ ‘Bear Necessities’ from The Jungle Book, and ‘You’ve Got a Friend in Me,’ from Toy Story.

The duo didn’t shy away from The Lion King and included Elton John’s ‘Can You Feel The Love?’ as well as ‘Tale as Old as Time’ from Beauty and the Beast. 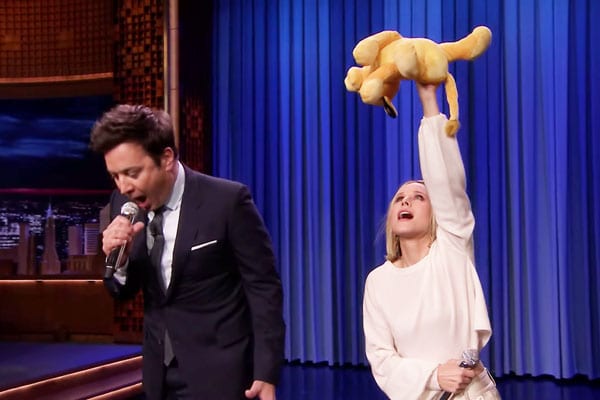 Of course, Kirsten Bell and Jimmy Fallon got on a magic carpet as they performed ‘A Whole New World’ from the soundtrack of Aladdin. There were also skeleton versions of the pair as they sang part of ‘Remember Me’ from Coco. 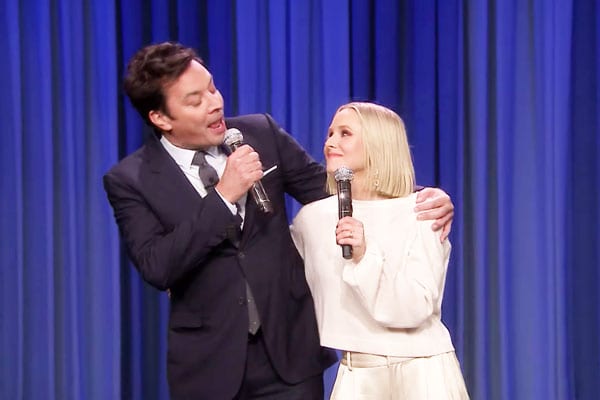 They saved the best for last though. Jimmy Fallon began teasing ‘Let It Go’ from the original Frozen, and eventually, Kristen Bell broke out into a rendition of the song.

The video is worth a watch and will definitely cheer you up. So check that out and let us know what song you think Kristen Bell and Jimmy Fallon sang the best!