What Did a Garbage Man Do After Collecting 25,000 Books? He Made a Library!

What is the “shelf-life” of a book? A day? A month? Years? I suppose it depends on the owner. Regardless, most books end up being donated to libraries or – unfortunately – in the trash.

That is where José Alberto Gutiérrez of Bogota, Colombia comes in. The local-area garbage man had one mission: save old books. He searched for books that were still in good condition and took them home, stacking them on shelves in every room of his home. His collection, which started with just one book, Tolstoy’s Anna Karenina, has amassed over 25,000 to date!

What does one do with all these books?

Gutiérrez has officially started a library inside his home. In a city with high rates of endemic poverty, this library, La Fuerza de las Palabras (“The Strength of Words” in Spanish), is giving kids the chance at an education.

“The whole value of what we do lies in helping kids start reading,” Gutiérrez told Al Jazeera.

“I grew up, here and I can tell you it got me a Ph.D. in marginalization and poverty,” Gutiérrez said. “Kids here don’t have a place to study; instead, they have to start working early.”

Since starting this endeavor, Gutiérrez has made appearances at book fairs and has even received an old ambulance to transform into a book-mobile. Other garbage men have followed suit, and, whenever books are found in the trash, they know exactly where to take them. 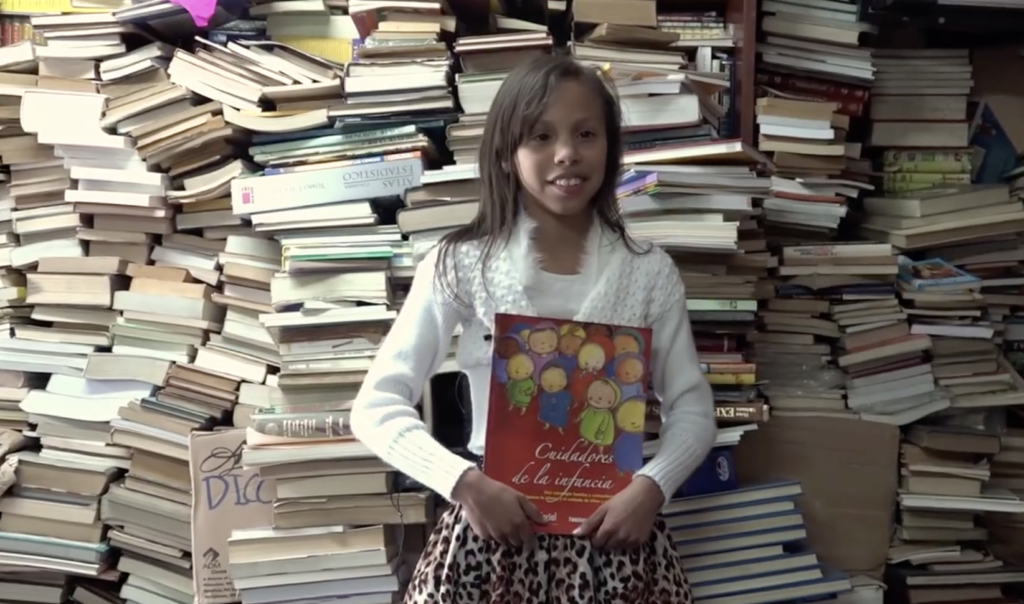 As the saying goes, “One man’s trash is another man’s treasure.”