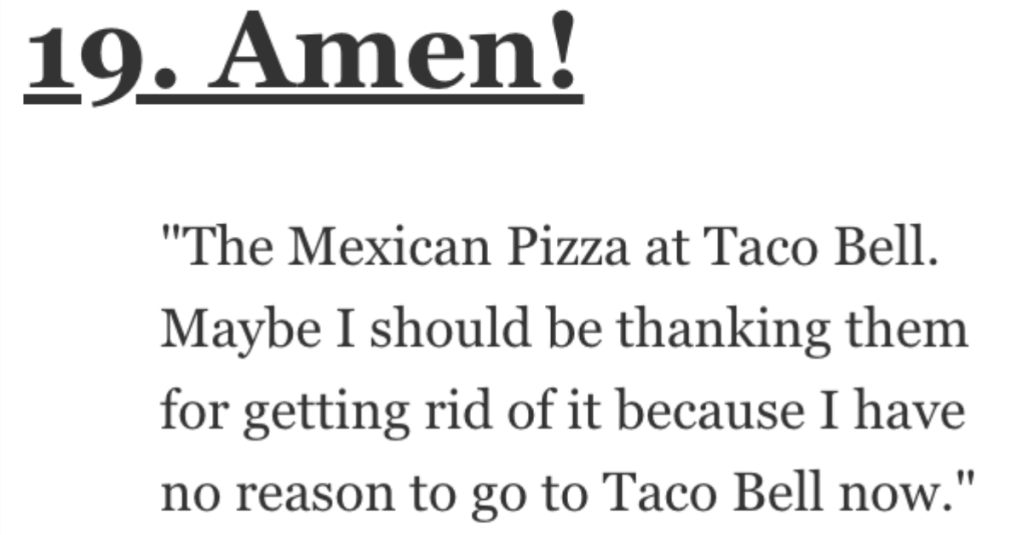 What Discontinued Food Do You Want to Return? Here’s What People Said.

Don’t call it a comeback!

On second thought..go ahead and call it a comeback, because that is what these people are all calling for; foods that have been discontinued to have a resurrection!

You ready to dive in? (Also, this article might make you hungry).

What discontinued foods would you like to see brought back?

With the Simpsons characters on the package.”

“I remember Philadelphia Cream Cheese made single size cheesecakes that I would always see at convenience stores.

I finally got the courage to ask my grandma to buy me one and it was my first cheesecake experience…so delicious!!!”

The Rain one was agave cactus and was delicious.”

I know it’s lame, but I really miss it.”