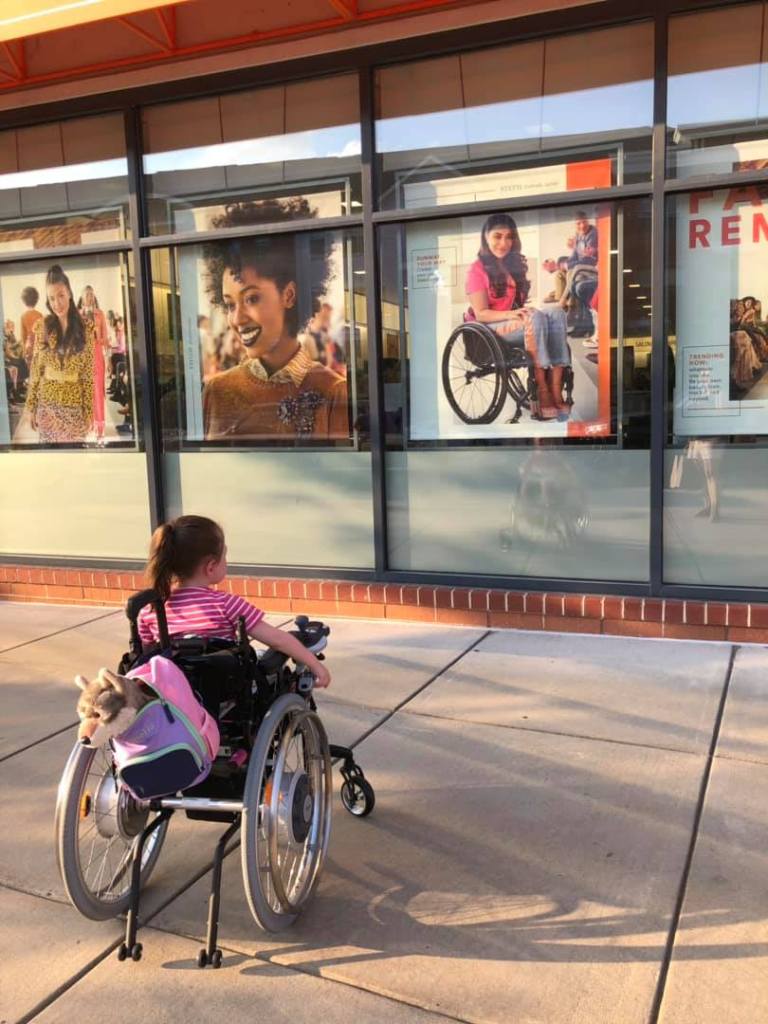 An image of a young girl with a rare disease, requiring her to use a wheelchair, stopping to look at a poster has melted the hearts of thousands of people around the world.

Maren Anderson is a four-year-old from Leesburg, Virginia. A rare disease caused by a gene mutation resulting in early infantile epileptic encephalopathy, spinocerebellar ataxia, and pontocerebellar hypoplasia means she must use a wheelchair.

Mother, Carolyn Anderson, told Good Morning America her daughter was struggling with using her new chair out in public. But, when she saw the poster of the young woman with a chair like the one she used, she couldn’t help but stop and stare.

Anderson recalls that after months of practice in using the chair, Maren finally gained the confidence to navigate city streets in her chair.

“[Maren] was so eager, we could barely get her to stop at crosswalks. Then, she suddenly stopped and focused all her attention on this image of a woman in a wheelchair like hers. It was amazing.”

“Well Ulta, you absolutely stopped my girl in her tracks this evening. It was mesmerizing to watch her stop, turn and gaze at this poster. So thank you.”

The picture accompanying the post shows Maren in her wheelchair stopped in front of the store window and gazing at the model who is also sits in a wheelchair. 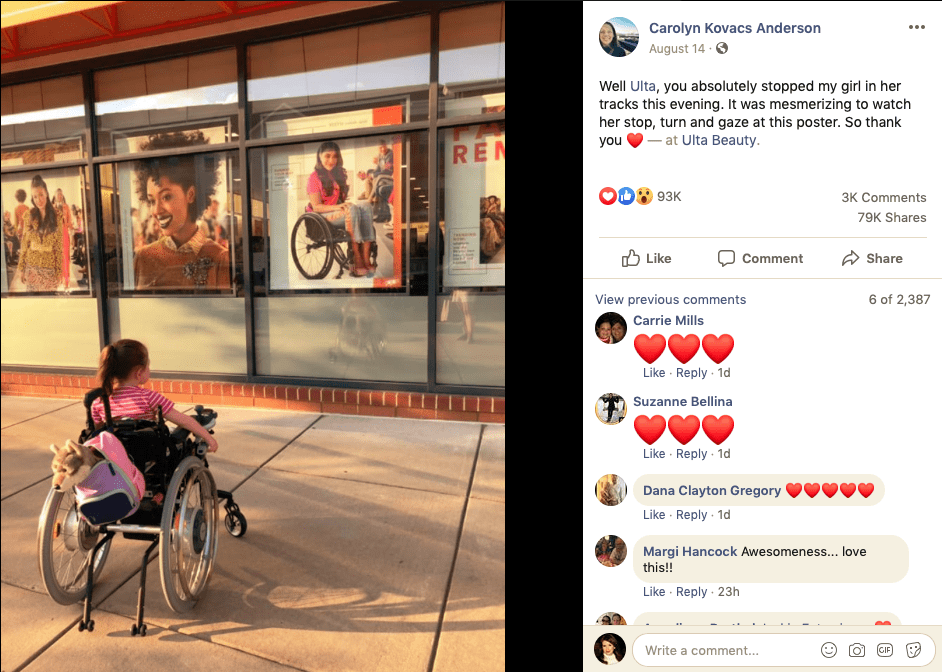 What made the moment extra special to Anderson, was the fact this was the first time her daughter connected with another wheelchair user due to receptive and expressive language delays.

“She got to see herself in this picture, and that planted a seed for her to see that there is a place for kids like her in this world. She was included.”

Her meaningful and beautiful picture reminds us there truly is a place for everyone.