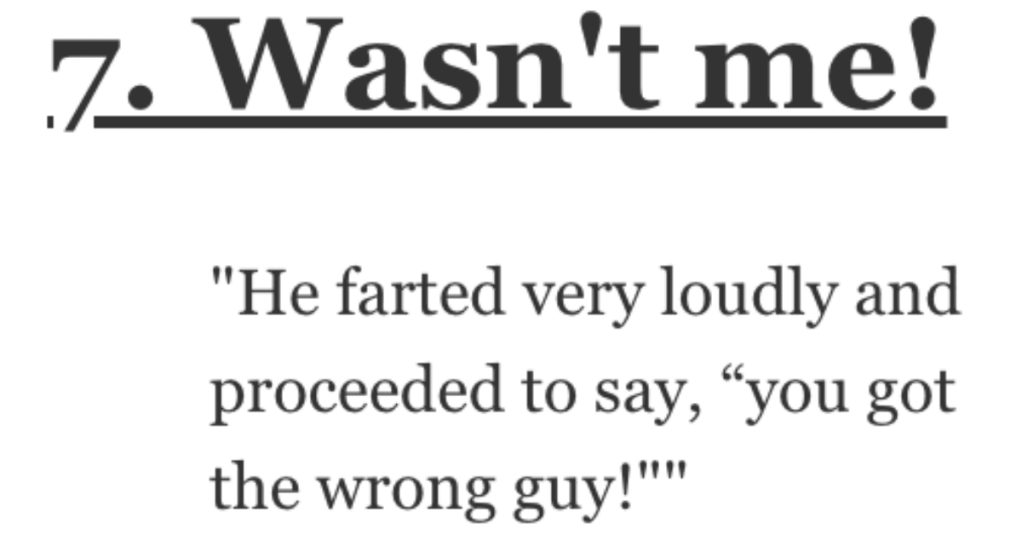 What’s the Funniest Thing You’ve Heard Someone Say or Do in Their Sleep? Here’s What People Had to Say.

I have a confession to make: I am a notorious sleeptalker.

And, in my younger days, I even took the occasional stroll in my sleep and scared the hell out of my parents and my siblings.

And if you’ve spent any time sleeping in the vicinity of other humans, you know that things can get really weird once the lights go out for the night.

AskReddit users talked about the funniest things they’ve seen folks do and say in their sleep.

“My ex-boyfriend sometimes talks in his sleep and the funniest story was this one time I was still up reading a book and I hadn’t noticed that he was already asleep next to me.

Suddenly he bursts out ” Will you just give me the f*cking yogurt already, Shannon!?” in a flawless British accent and scares the sh*t out of me.

We’re both German and none of our first languages include English. We didn’t know a Shannon. He’s lactose-intolerant.”

“My girl woke up one night and said “Did you find your rocks?” and I asked her what she was talking about and she said “I don’t know, I’m just trying to make conversation.” and promptly went back to sleep.

She has no recollection of this.”

“My boyfriend either recites postcodes (delivery driver) or calls the dog in his sleep.

So either he is mad no one is responding to his postcode nonsense or I get a flying 30 kg dog to my body.”

“Once my ex said “horse.” That’s all. Just horse. But with a sense of urgency…

The same ex told me I once sat straight up in bed and mumbled, “Jesus, grandma, you scared the sh*t out of me.”

I had been dreaming that I was in bed at night and my grandma (still alive at the time) wandered into the room and stood at the end of the bed with a blank stare.”

“So this one time while my s/o was sleeping, she randomly reaches over and starts to pet my leg softly.

When I ask her what she’s doing she looks at me like I’m stupid and says “what does it look like? I’m petting this fluffy baby penguin.” Then pauses for a second, pats my leg again and blurts our “Wait this isn’t a penguin!”

I have never laughed so hard over someone talking in their sleep.”

6. Lost in the supermarket.

“My wife started screaming one night that she was lost in the local grocery store. And that no matter where she went she couldn’t find her way out.

I asked her has she tried checking out at the cash registers? She then looked at me and said in her most sincere voice, “that’s why you are the smartest person I know.”

And then she rolled over and fell back asleep.”

“He farted very loudly and proceeded to say, “you got the wrong guy!””

“One night, my boyfriend woke me up in the middle of the night, tapping me on my shoulder. He put his finger on his mouth, whispered “shush” to me, then pointed at the door and told me “I can hear something, don’t move”.

Predictably, I nearly sh*t my pants. All the worst possible scenarios crossed my mind, and the moment of silence after he shushed me felt like hours.

Then, he started waving his hands and talking about Tetris, ‘the twirlies’ (idk), and making sure we don’t align… And that’s how I learnt my boyfriend talks in his sleep.”

“My wife was an avid sleep talked for a long time and her midnight announcements range from simple single words to elaborate speeches. The ones that really stand out to me are:

Waking up in the middle of the night to her suddenly sitting violently up in bed, throwing back the covers, and screeeeaaaaming: “TARANTULA!!”. That will make you very awake, very quickly.

Whispering my name repeatedly which woke me up so she could share in a hushed, cautious voice: “There is an alligator in here.” When I expressed my concern (playing along) she told me, still whispering, that: “It’s okay. It has been here before.”

But my all time favorite was when, from her perspective as she later explained, she was dreaming that I was playfully sneaking up on her and she saw me and was calling me on it.

From my perspective, my wife sat up in the middle of the night, starting into the darkest corner of the room and said repeatedly in a soft sing-song voice: “I seeee youuuu.” My flipping blood froze.”

“Years ago, my wife was mumbling in her sleep and seemed a bit upset. I wanted to comfort her, without waking her up too much, so I said, “Honey, you’re fine. Do you know where you are?”

She slugged me in the arm, and said “I’m in place where punch buggies are seen first.” She then rolled over and muttered to herself, “chugga-chugga-chugga-buggy”, and went back to sleep.

She didn’t remember a think the next morning.”

When she was in the middle of her residency, she came into my room in the middle of the night and sharply asked, “Did you give {patient} her dose of {medication} like I asked you to 15 minutes ago?”

I groggily replied, “Who? Wha?”

She just huffed and said, “Well I guess that answers my question.” Before turning around and leaving. (without closing the door of course)

She didn’t remember a thing about it the next morning.”

“My boyfriend woke me up the other day by gently putting his fingers in my mouth and I kept moving my head out of the way until eventually I was like “can you stop that!!!”

He then sounded genuinely upset and asked why I woke him up as he was having a really nice dream about feeding a deer.

Have you ever heard someone say something really funny or weird in their sleep?