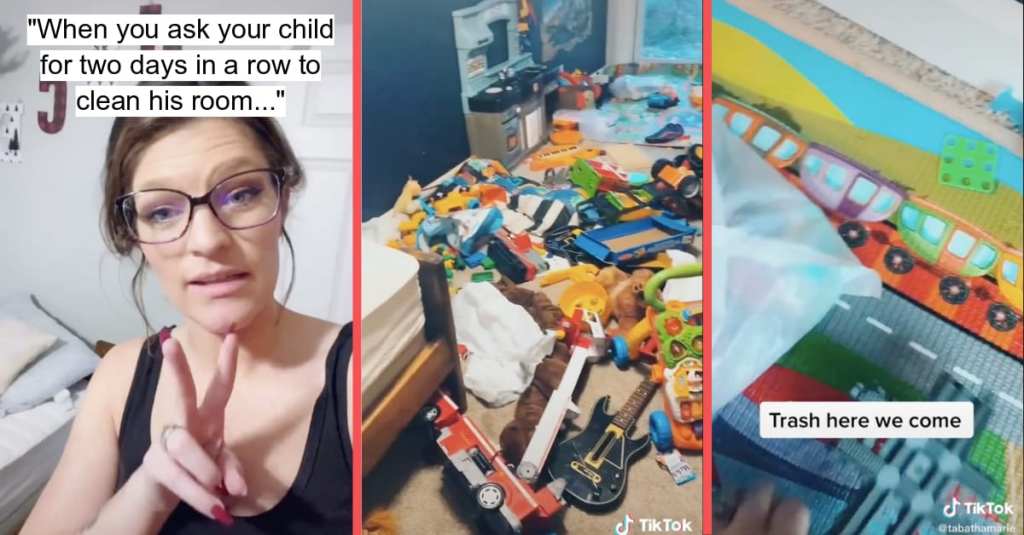 When Her Son Refused to Clean His Room, This Mom Bagged Up All the Toys

I don’t have kids, but I have watched a LOT of Supernanny.

And based on her no-nonsense style, particularly with teaching children respect, I think she would endorse the approach one mom recently used to teach her son to clean his room.

According to the video, Tabatha had repeatedly told the little boy to clean his room, but he refused. 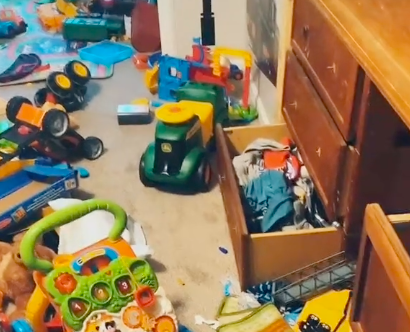 At one point he even responded, “No, Mommy. You do it.”

It was a pretty standard response from a little kid who didn’t want to clean up, but Tabatha wanted to make sure her son learned three valuable life lessons: That he needed to clean up after himself and take care of his toys, that he should be respectful and listen, and just in case he needed the reminder–that his mother wasn’t there to serve him.

So she bagged up all those toys like garbage and took them away.

I hated seeing the look on his face when he seen his room. It hurt me just as much but my babies will not be disrespectful #parenting #fyp #foryoupage

Based on the comments, you might think Tabatha had done something truly heinous to her son.People were horrified that she would throw his toys away. They assumed quite a lot about the situation based on one 60 second video. They offered parenting advice centered on rewarding good behavior and teaching your children what you want from them.

But here’s the thing. I kind of think Supernanny would have been okay with this approach. The boy wasn’t harmed. He learned a lesson. And even if Tabatha had actually thrown (or better yet, given) the toys away, it’s all just stuff.

In response to the comments, Tabatha posted a follow-up video the next day. It has only been viewed a fraction of the 3.5 million times the first video has been seen, but she explains that people can calm down.

He’ll have a chance to earn all his toys back.

Your response to cleaning my sons room out #fyp #foryoupage

This video got a lot of positive responses in the comments, with people applauding the parenting technique and respecting Tabatha’s choices.

And for what it’s worth, she posted a video of her son playing with some toys in a pretty tidy bedroom a few days later, and he looks safe, healthy, and content.

What’s your take? Good way to teach a lesson or just contributing to her child’s future therapy bills? Tell us in the comments!