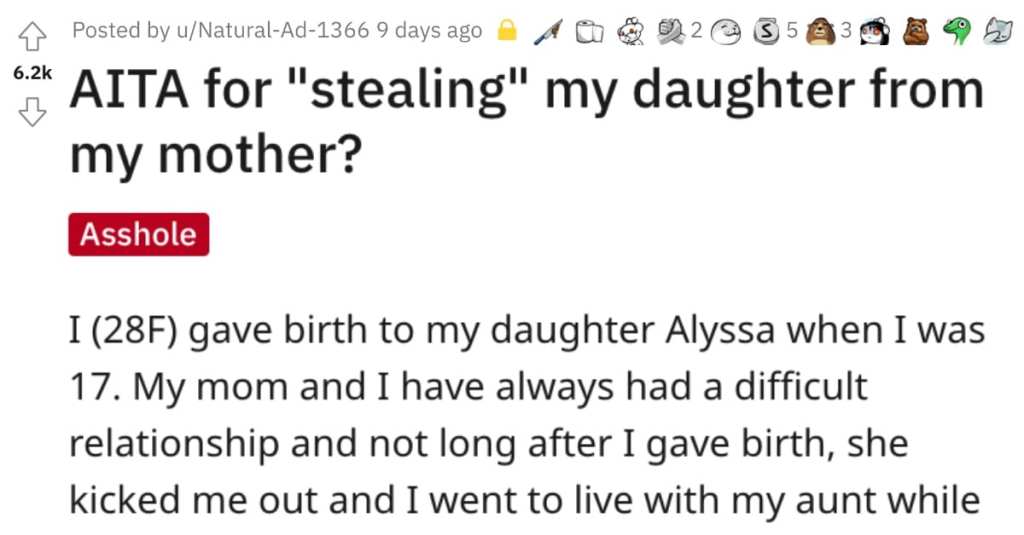 Woman Asks if She’s Wrong For “Stealing” From Her Mother

And when we say “stealing”, we’re not talking about the kind of stealing you might be thinking of.

You’ll get all the details in a minute when you read this story from Reddit’s “Am I The A**hole?” page, but I’ll give you a little taste: it involves some major family drama. Like, a lot…

AITA for “stealing” my daughter from my mother?

“I (28F) gave birth to my daughter Alyssa when I was 17. My mom and I have always had a difficult relationship and not long after I gave birth, she kicked me out and I went to live with my aunt while she raised Alyssa.

I went to college in another state after, and though I’ve seen Alyssa some since then, my relationship with my mom prevented me from being there for her. Since I graduated, I’ve managed to start a pretty successful business and my fiancée and I are currently in the process of purchasing our first home. I’m ready to be a mom now, and I really want to support my daughter.

I had originally contacted my mother and told her that I was ready for Alyssa to come live with me, but she said no. Because of this, I’ve decided to file for full custody of her. I’m fairly well established financially, and my mother has had some trouble managing her money since Alyssa was born, so my lawyer is pretty confident that I’ll get at least primary custody.

When I told my mother about it, she was extremely upset and told me I was a complete a**hole for trying to take away her kid, and that I had never wanted to be around Alyssa before. This is just not true, I’ve visited over the years and tried to send my mother support, but she’s never wanted me there.

I told her that this wouldn’t be happening if she hadn’t tried to keep Alyssa away from me all these years. I’ve talked to my aunt and my older sister about this, and they both think that I should let my mother keep Alyssa. I truly think she’ll be better off with me.

Now it’s time to do what we always do…

Let’s see how folks responded to this story!

This reader called the woman out: she definitely thinks that she is an a**hole. 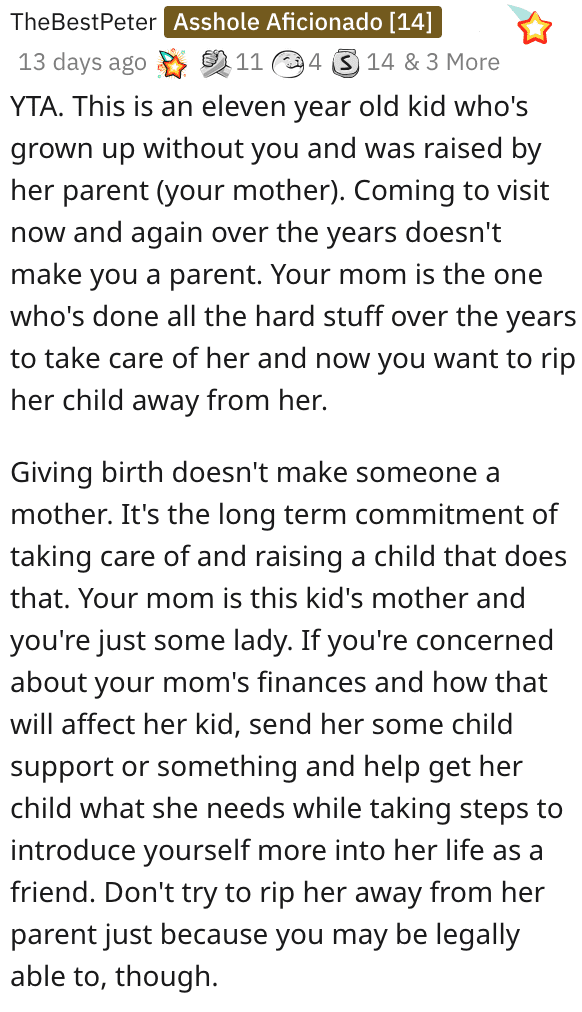 Another reader made a great point: how does the child feel about this?

Because this mom didn’t even bring that subject up. 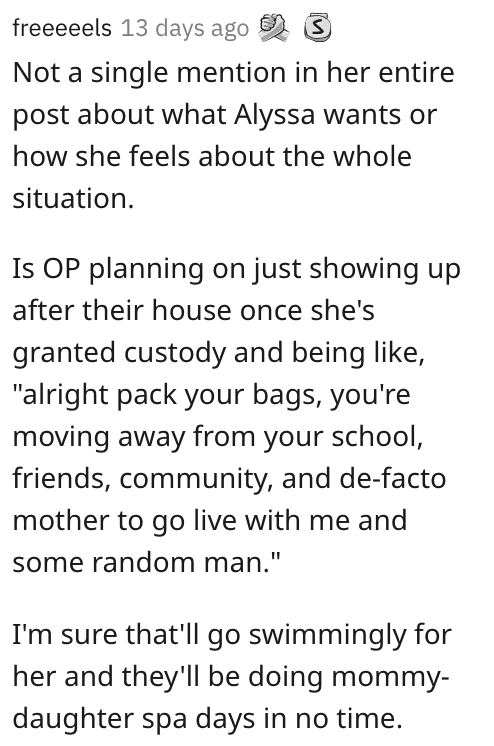 This Reddit user said that the woman is acting in a very immature manner and that she’s definitely in the wrong in this situation. 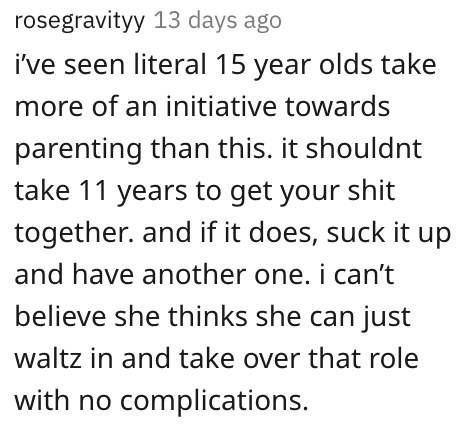 Lastly, this person argued that now that she’s been able to enjoy some of her youth, she wants to waltz in and take credit for raising the child. 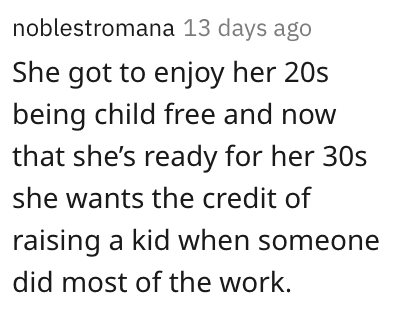 How do you feel about this woman’s actions?