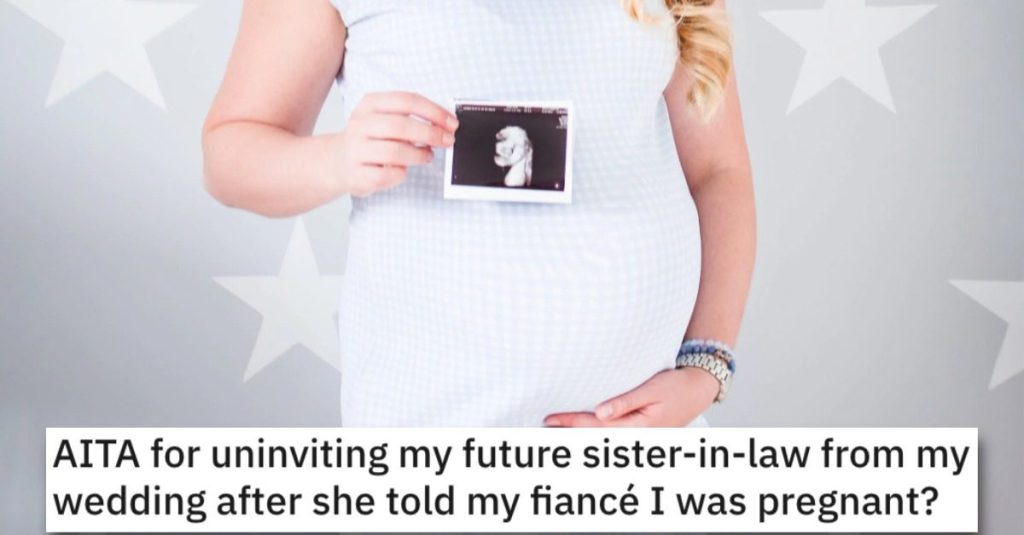 That’s right folks, today we have another tale of wedding drama from the “Am I the A**hole?” page on Reddit.

And now it’s up to you to read this woman’s story and see if you think she acted like a jerk.

AITA for uninviting my future sister-in-law from my wedding after she told my fiancé I was pregnant?

“I decided to keep my pregnancy to myself because I don’t know what I’m going to do about it and I knew my fiancé wasn’t going to be happy with the news.

My future sister-in-law/best friend is the only other person who knew as I only took the test at her suggestion and at her house. She also agreed that her brother was unlikely to be happy about it but she felt like I should tell him immediately anyway.

We kept arguing over it because I told her I needed time to process it and she felt like I was making excuses to avoid telling him. In the end, she told him herself while we were having dinner with their family. He was so upset he confronted me in front of everybody so now they all know and everybody is upset with me for keeping it from him.

His sister kept trying to reach out and apologise after it happened but I was ignoring her as her only excuse was that he was her brother so she couldn’t keep it from him and that she gave me 3 weeks to tell him myself. The last time she called me I was so upset that I answered and yelled at her. In the heat of the moment, I uninvited her from the wedding and told her I would find a new bridesmaid.

I’ve given my fiancé and his family another reason to be upset with me but I’ve refused to let her come to the wedding even as a regular guest despite them asking me to and it being important to them for her to attend.

This person said she’s an a**hole and that they don’t think this marriage will last long. 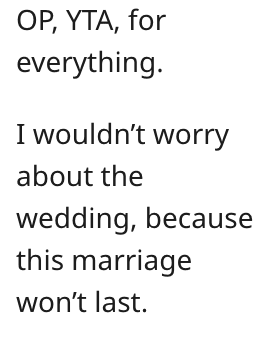 Another reader said she’s NTA because she was just trying to figure this out.

And this person said everyone sucks in this story… 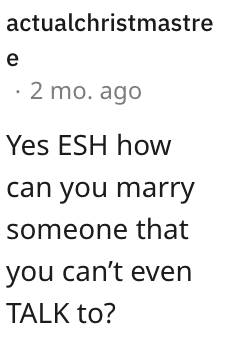