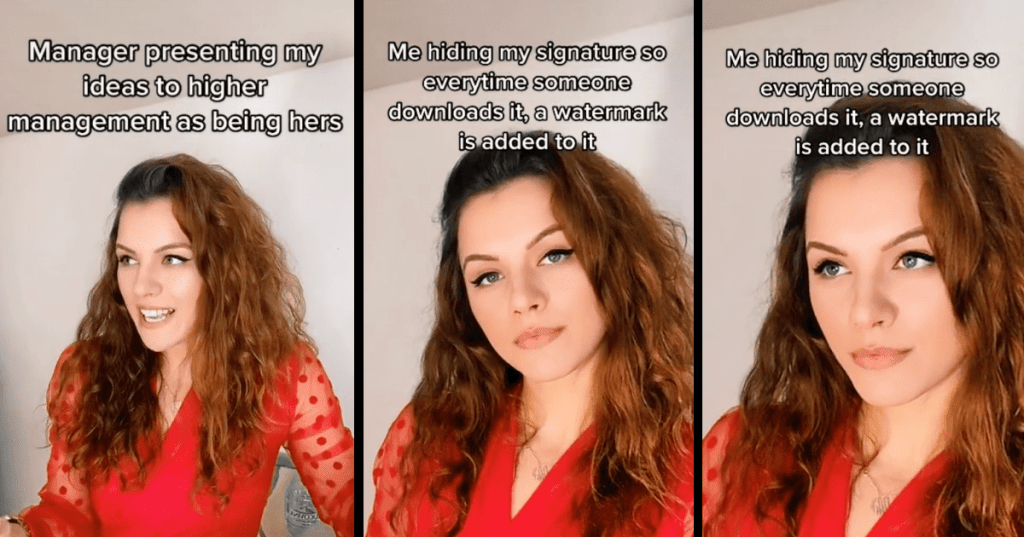 There are many things that people don’t tell you before you land your first grown-up job, and one of them is definitely that, at least in certain career fields, you’re going to have to look out for your own interests–because no one else is going to do it.

This woman learned that lesson the hard way when she submitted a report to her boss, only to walk by a conference room later and hear her direct manager passing those ideas and hard work off as her own.

Cristina Sevcenco was working her first corporate job, and was taken aback. 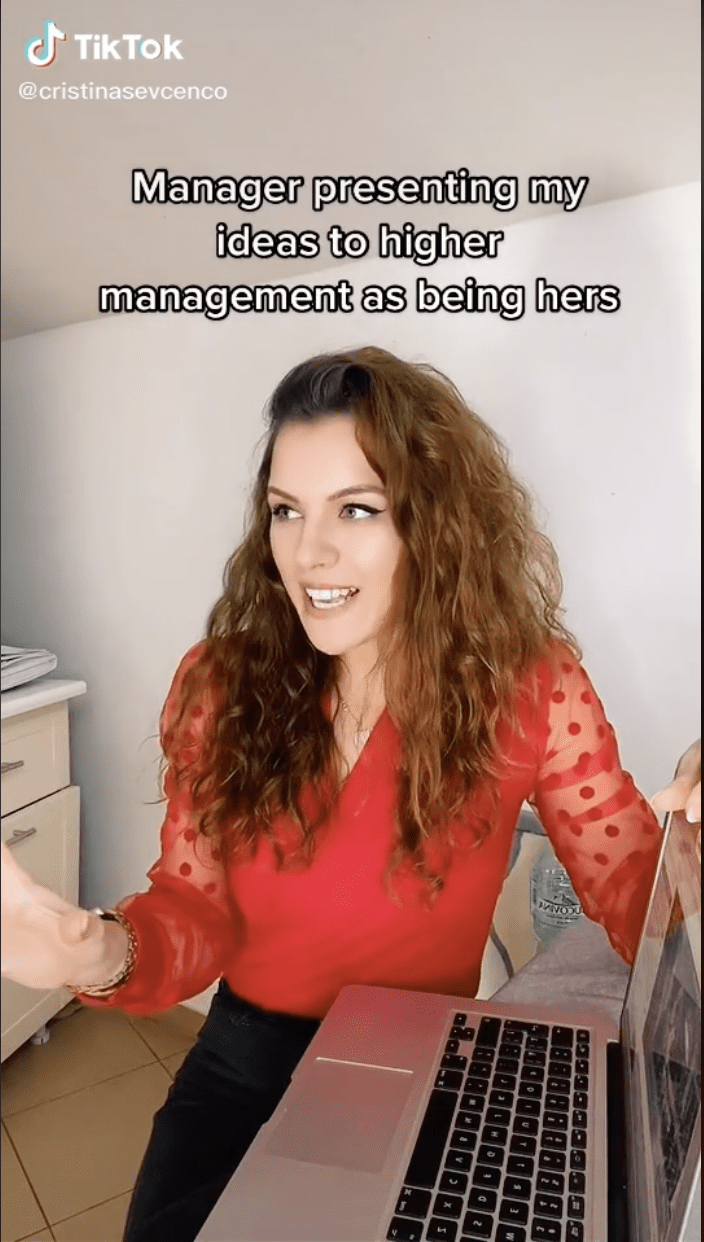 “I walked by an office and saw my work being presented in a room full of very powerful people. However, my name was not once mentioned. It broke my heart.”

She had been prepared, as an underling, not to be invited to the big, important meetings right away, but she wasn’t prepared to be completed erased from the process.

“Although my manager once told me that I would rarely be the one presenting my work for the higher management, she never told me that they wouldn’t even bother to change anything in the presentation BUT MY NAME.”

The first thing Cristina tried was, you know, talking to her boss like a reasonable adult.

“I tried explaining to her that it was never about promotions or bonuses, it was more about their recognition and their pat on the back for me. …She did not flinch an eye about this subject–quickly brushed it off and moved on to the next.”

When Cristina didn’t get the reaction she wanted from her manager she took matters into her own hands, adding a watermarked signature in the background of her work. 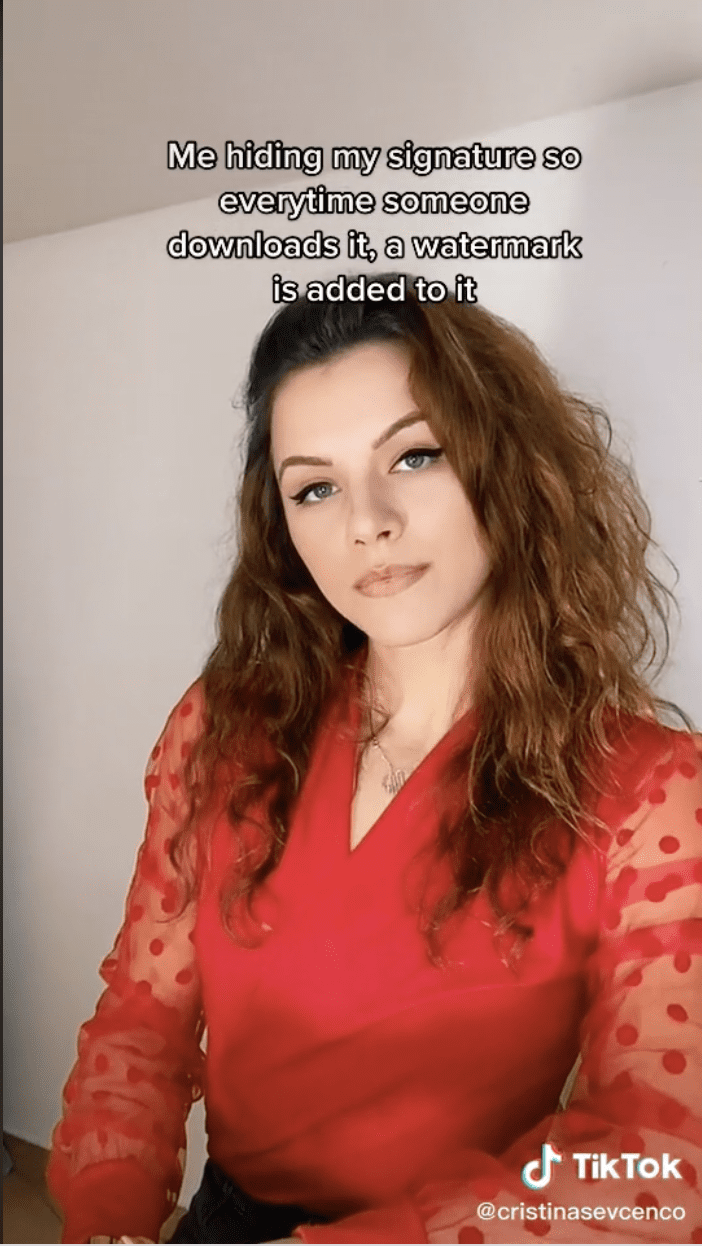 Her boss called her repeatedly, asking her to remove it, and eventually had a stern talking to with Cristina about “how things worked” and even reported her up the chain, as well.

Although Cristina did get her point across, she wants everyone following her to realize her story is more of a cautionary tale.

“My career definitely slowed down. She didn’t give me as many projects anymore, and she was talking to everyone about how to perform better, except me. Later on, I found out they replaced me and I had 21 days to find another job.”

In the end, she thinks that if way things are in corporate America are going to change, it’s going to have to start at the top.

“I think managers passing off work as their own is common because in this field of work, it’s like a lion cage. You need to fight your way up. Literally. No matter who gets hurt.”

So in the end, even though she lost her job, she doesn’t blame her direct manager for her actions.

“My manager’s boss was the same. I truly believe my manager wasn’t a bad person, but she was made that way by her manager.”

If there’s one way to change how management behaves, Cristina thinks it might be remembering that your underlings are still people, after all.

“Sometimes people forget that they work with people, for people. It doesn’t always have to be a competition. We can work together to grow. We don’t need to steal from each other. We can learn from each other and be better – create a better workplace where everyone is supported and appreciated. But sometimes, I feel like that’s just a dream.”

Check out the original video:

Watch me get urgent calls “Cristina, there is a watermark on the ppt, could you please attach?” #fyp #businesstok #corporate #businesstiktok #job

Especially in the current culture, where employees are in demand and unwilling to work for companies who don’t prove that they value them, it feels like a good time to initiate change.

Whether or not that actually happens, though…we’ll have to wait and see.