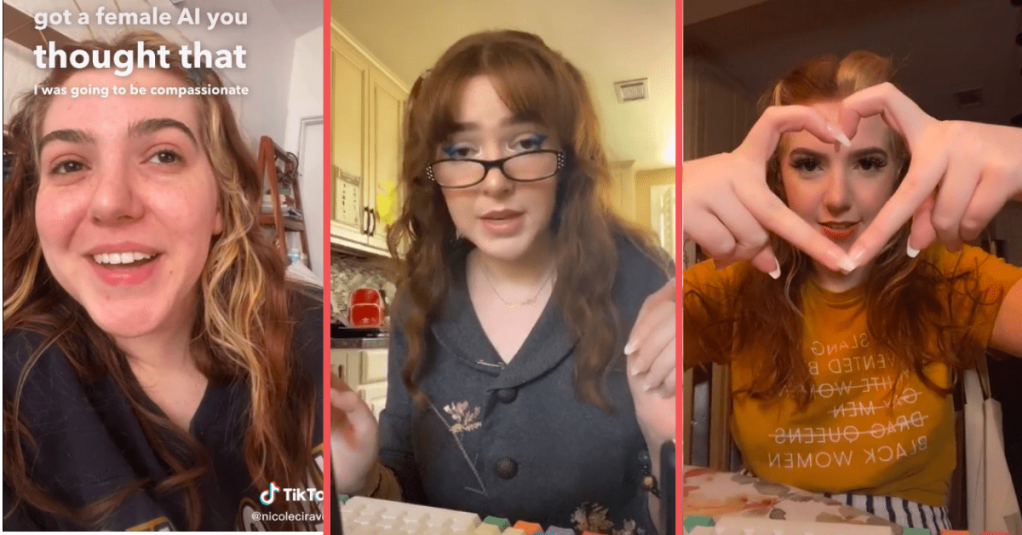 As someone who attended Catholic school, I’m very familiar with the troublesome dress code, although the dreaded “skirt check” tended to be biased against girls who were taller than I was.

But at least having to wear a uniform reduced some of the possible infringements that girls could be “guilty” of.

Whether in school or in the workplace, every woman is familiar with the rarely-evolving concept of acceptable attire, and feminists are beginning to strike back.

any advice yall have would be greatly appreciated♥️

One of her most popular videos about what it’s like to live with ADHD has been viewed 2 million times:

PLEASE tell me im not the only one who does this? object permanence, baybeee!!! #adhdcheck  

And she’s not shy about sharing her feminist point-of-view.

She’s also no stranger to having her body policed by her alma mater, which Nicole believes has nothing to do with helping students stay focused on learning.

As she told Buzzfeed:

“We had uniforms, yet girls were constantly being dress-coded for skirt length (or often in my case, not wearing a bra — even though that’s not in the dress code).”

But Nicole calls BS on the one-sided enforcement of such rules.

“It was ridiculous, especially considering it was often targeted at curvier girls like me whose bodies were inherently deemed more sexual.”

She pokes fun at the experience in a series of videos that went viral on TikTok.

Adopting a broad Brooklyn accent, Nicole plays a school secretary engaged in one-sided conversation with a high school student who was sent to the office for wearing a tank top.

POV: you get sent to the principles office for dress code but the secretary does! not! f*ck! around!

She then takes a phone call from the offended teacher who argues that the boys in class found the girl’s outfit distracting.

part two of… POV: you get sent to the principal’s office and realize the secretary does! not! f*ck! around!

In the final video, which has been viewed over 5 million times, Nicole engages in a bit of fantasy role play.

She takes the teacher to task for objectifying his student, calling him creepy. In standing up for the girl, the way she wishes administrators would have stood up for her, Nicole reminds everyone what exactly is at stake.

#POV part 3 — I think we’re gonna make this into a series!! ? but… she needs a name! I’m thinking Linda but would luv to hear ur suggestions ?

Clearly Nicole’s videos struck a chord with viewers who not only echoed their experiences in the comments, but helped her name the character (Ms. Connie), which she turned into a regular feature of her account.

So what’s your worst dress code violation story? Tell us in the comments!