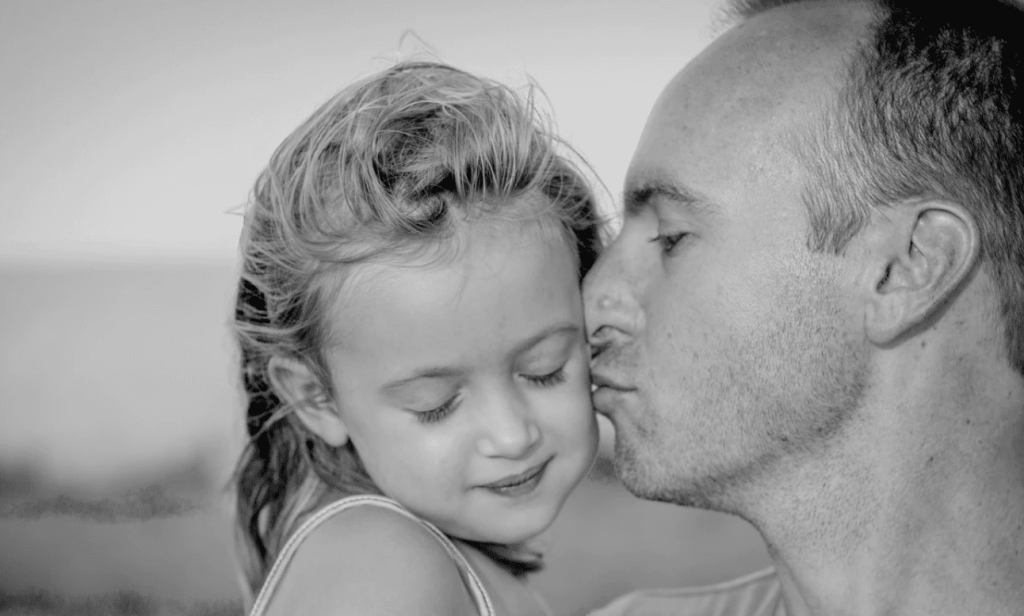 Parenting is tough no matter which way you look at it. Most of our parents did everything in their power to assure that we had good childhoods and they did the best they could.

Even when they mean well, parents mess up, just like their parents did…and when we look back when we’re older, we have some clarity and can evaluate where we think our parents could have done some things differently.

Here’s what women on AskReddit had to say.

For context, my dad would be working on his boat engine or something, and he’d say come help me with this, and then I’d sit on a bucket for 20 minutes watching him in silence, and finally wander off out of boredom.

Looking back, it’s great he wanted to spend time with me and I appreciate that, but being present and being involved are two different things.”

“Treating every boy interested in your daughter as your enemy does both of you a disservice.

My dad was very over-protective. Any time a boy had a crush on me, he would be immediately added to my dad’s shitlist. Even if he was perfectly kind and respectful.

After a certain point, I just stopped listening to my dad’s complaints. In my eyes, he had lost the right to give input about my relationships.

Unfortunately, when I was 17 I became entangled in an abusive relationship.

My dad hated the guy. But since he also hated every one of my previous suitors, I didn’t interpret his concerns as legitimate.

On top of that: since he was so busy trying to prevent me from having relationships, he never talked to me about what a healthy relationship looks like.”

Pay attention to your friends’ behaviors and comments around your kids.

My dad cut off a longtime friend after catching him leering at me in a bathing suit at a pool party when I was only 12.”

“Include the daughter in stereotypically-male housework. I can cook and load a dishwasher like my life depends on it, but I can’t do any sort of maintenance like putting up a picture frame or unclogging a sink.”

5. Not the right thing to say.

“If you spend a good portion of your daughter’s childhood talking about how much better and easier a son would be to raise, don’t be surprised when your daughter grows up confiding almost exclusively in her mother and never in you.”

6. Maybe the most important thing.

Watch how adult children treat their parents and you will learn a ton about how the parent treated them (does not always apply).”

“When you do something wrong, apologize. Don’t just try to ignore what we just fought about and try to be our friend 15 minutes later. When you try to ignore our problem, it hurts us. It makes us angry. We won’t want to be friends.

My friends and I have almost all had this issue with our dads. The worst thing, though, is when you try to have someone else apologize fix things for you. My dad has asked me to be this middleman for my younger sister, my friend has been asked by her dad, and some others have mentioned their dad sending in their mom. It doesn’t make things better, and a lot of the time, makes that middleman lose respect for you.

Respect us as people and apologize to us.”

“That it doesn’t make you look weak to show affection once in a while.

My dad hardly ever hugged us or said he loved us.”

9. Lessons from the past.

“How to build and support a healthy self-esteem and lifestyle habits. The things you say and the way you treat her can leave a lasting impression on your daughter.

I was a latchkey kid in an Asian household filled with cheap convenience foods (3 for $1 hotdog baos, Chinese crackers, etc) and lack of income for things to do outside of watching TV at home. So, I grew up overweight and uninformed about healthy lifestyle habits.

Since tween-hood, my dad was constantly on me about my body and bluntly laid it out that I would never find a boyfriend. If he saw me in a t-shirt or shorts, he’d comment on how big my arms/thighs looked.

I’m now in my late 20s and still refuse to wear tanks/short sleeves/skirts/dresses/shorts because of that idea that has been ingrained in my thought process. The link between being fat and being single still has a huge presence in my mind.

My dad passed away last year from his own struggles with his health (cancer, diabetes, hypertension). Since then, I’ve made my own lifestyle changes and went to therapy. I am about halfway to my weight end goal and I’ve discovered a love for hiking, spin classes, and yoga. But trying to build up self esteem through reframing of things and positive self-talk has been the hardest struggle of all.”

“Don’t just assume your daughter won’t be interested in your activities because they aren’t stereotypically girly or because once as a small child, she didn’t want to do it.

Not wanting, say, go hiking or fishing when I was 5 years old doesn’t mean I never ever want to do it. Keep trying to get your kids involved in your life and don’t just give up. You’re teaching them not to share things about themselves and losing the chance to bond over something you love.”

“When your daughter is going through puberty and starts getting her period, don’t write off the things she’s going through. There’s all sorts of new hormones swirling around in there, and they’re gonna affect her mood. She’s getting periods, they’re probably gonna hurt.

Being in pain makes you grumpy, but don’t write off every instance of anger or bad temper as being ‘because you’re on your period’. Maybe her mom doesn’t get bad ones, maybe you’ve never thought about it because your wife is a grown woman who has learned to deal with her periods and the assorted mood swings and pains and moved on; your daughter hasn’t yet.

Be a little more thoughtful, help teach her ways to manage what she’s feeling.

If she’s in a lot of pain, and it doesn’t change after a while, take her to a doctor. Maybe nothing’s wrong and she got shit luck, but she could have endometriosis or cystic ovaries. Stick up for her at the doctor – lots of women have trouble finding doctors who will listen to them about their pain, and it’s very hard to advocate for yourself when you’re only 14 and throwing up from pain.”

12. The importance of doing things together.

“That it is best to have a personal bond with your father, a hobby or activity that’s the two of you -no matter how small, and not him just be there when the whole family is together.

When our outdoor cats would get ticks I quickly alerted my father and we removed them. For him a chore and for me the one thing that was us doing something together.”

13. Be open and encouraging.

“Make sure she is not afraid to bring home the person she is dating. Encourage open communication about relationships, dating, respect etc.

If your daughter is afraid you’re going to be “waiting on the porch with a shotgun” or you’re going to “read the riot act” to whomever they bring home, they are more likely to sneak around behind your back.”

“Now that I’m an adult I realize just how wonderful my father really is. Not just in comparison to others but he is an objectively amazing father. He taught us children the hard life lessons while still protecting us. He taught us to be self sufficient and independent.

He taught us to work hard and don’t give up just because things get challenging. He busted his ass to make sure we got to go on vacation and experience life. He taught me to hunt, fish, and fix a car. He also taught me to garden and grow my own vegetables. How to take care of livestock and other animals with compassion.

However, he also treated me more like a son than a daughter. I only wish that my father would’ve acknowledged that I’m a girl and it’s okay for me to like dressing up and that it’s okay to “throw like a girl”. Granted, I got a full ride to college for sports and that’s partly because I had to hang with the boys and my dad didn’t want me to be a great female player but just a great player in general.

I think he messed me up only in the sense that it’s extremely difficult for me to date. I’m either too intimidating to strangers or “one of the boys” to people I know. I think I lost my feminine side because I am so close to my dad and he was slightly dismissive of my emotional side. I had to be tough and stoic.

I suppose I shouldn’t complain; I just feel like if my dad were less of a hard ass and treated me more like a daughter than a son I would fit in more. Maybe be able to get a date instead of always just being a “bro”. That being said I am thankful for the life skills he provided and the protective eye he still has watching over his baby girl.”

Some very interesting answers there from the ladies.

We want to hear from our readers!

If you are a woman, talk to us about what you wish your dad knew about girls when you were growing up.