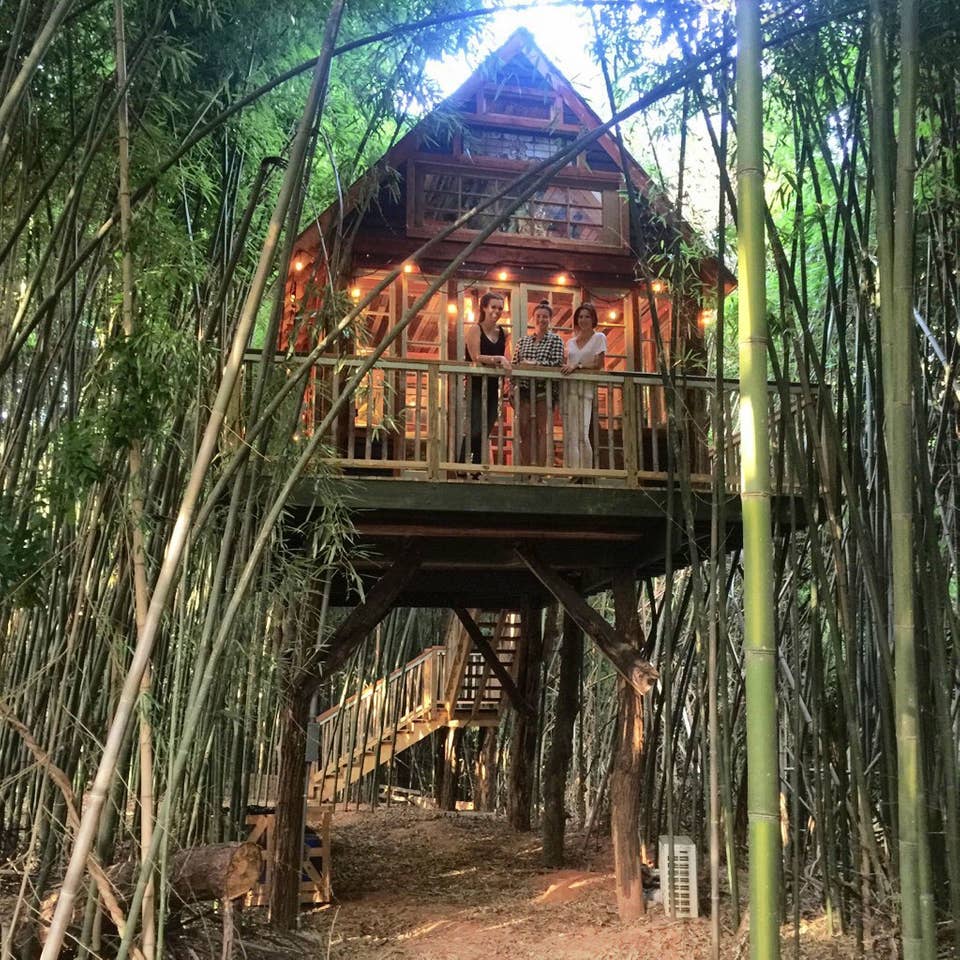 Out of all the unique Airbnbs in the world, this one has to be one of the coolest ever. First of all, it’s a treehouse in a magical bamboo forest. Second of all, it’s surrounded by llamas and alpacas. What more could you ask for from a vacation?!

The Alpaca Treehouse isn’t in some faraway country on an island. Nope, it’s right in the middle of Atlanta.

The “urban farm utopia” is owned by Kara O’Brien, who rescues llamas and alpacas from abuse and neglect. The treehouse was built from reclaimed materials, sitting 15 feet high above the tall bamboo forest. And if living in a treehouse isn’t your jam, there’s also a luxury cottage available. You can also just visit the property and hang out with the animals, as Kara also offers a “Llama Alpaca Experience” on Airbnb.

Unsurprisingly, the treehouse has become a huge success on Airbnb—it’s one of the most popular listings in the world.

People also rent the property for weddings and other events.

“It’s a place where people can come together and celebrate each other and are really happy, and that’s something that we didn’t really expect when we started,” Kara told the Atlanta Journal-Constitution.

Kara has been renting the treehouse on Airbnb since 2015.

“I just wanted to build something cool,” she said. “It wasn’t like, ‘We’re gonna change people’s lives with this.’ And then that happened!”

Here’s hoping Kara gets a TON of people renting her place!