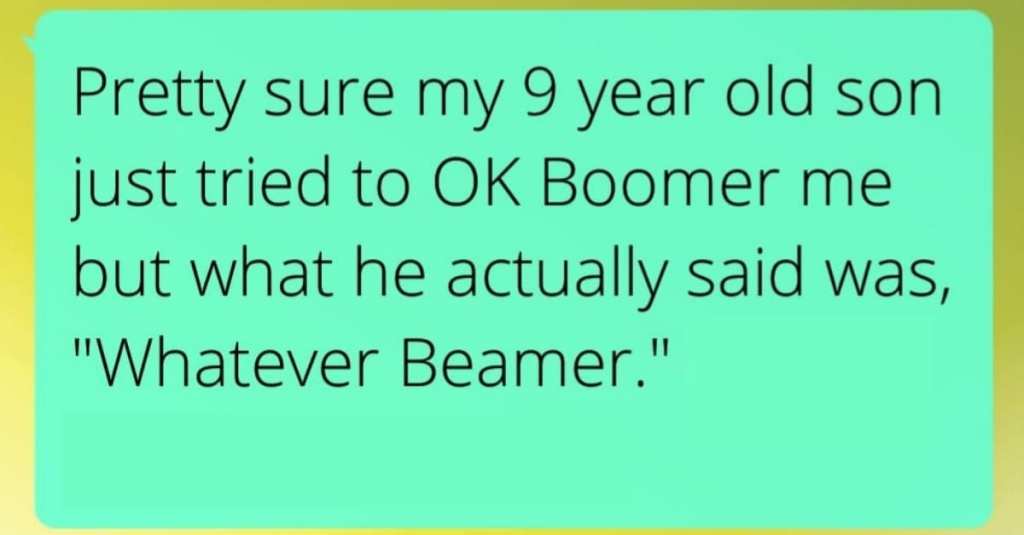 Kids say the darnedest things. And by “darnedest” I mean “wildest and most ridiculous.”

It’s not their fault, really. Their brains are still developing. They’re still figuring out basic rules of reality.

And we get to reap the benefits in the form of memes.

10. If I had a million dollars

Just don’t tell the guy behind the counter to keep the change, I guess.

Ok, well, this just opened up a whole litany of new subjects.

I mean, he was really just following the line of thinking you’d laid out for him.

Um, if that’s how it worked I think MORE people would smoke.

6. From the mouths of babes

I think I see your problem here.

If you treat every uh-oh as an emergency, you’ll never get anything else done.

I dunno, this is what we say to grown ups, I guess.

3. A man of principle

Why is “cousin” in quotes like that? What the heck is going on in your family?

Let’s get this bread.

When I was a kid I was trying to help my mom bake. We got to the part that said “grease bottom of pan” and I greased the underside.

I still haven’t lived it down.

What’s something dumb a kid has said to you?