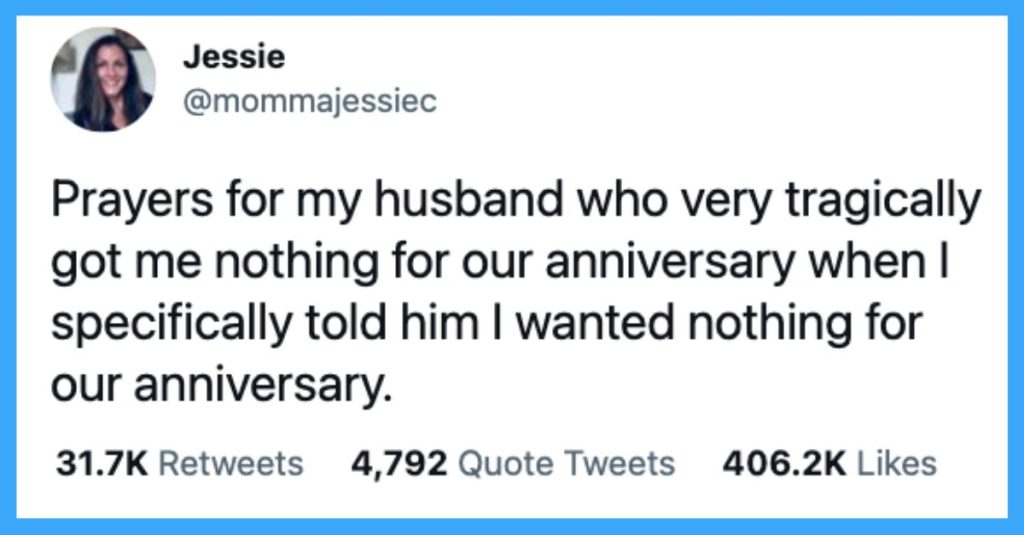 10 Tweets from People Who Are Just Trying Their Best, Dang It

Look, we’re all just trying our best here, right? I mean, personally, given how often I absolutely fall on my face in failure the idea that that’s somehow my BEST isn’t super comforting, but still, it’s at least something I can honestly say to get people off my back. And by people, I mean me. I’m on my own back a lot. Somehow.

Despite the fact that we’re all out here trying, often times we just don’t cut the mustard. Or we spill the mustard all over ourselves because we were trying to cut it for some reason.

Take solace in the fact that these tweets feature people who were also trying and failing.

Oh the things we do just to get the shot.

A whole lot of temporarily embarrassed millionaires out here.

I don’t think I could eat that if you paid me to.

And there it is ?? ft. Feet pic.twitter.com/mkP0R89TMe

Nothing but the finest for you, friend.

This is what people mean when they tell you they have a window of opportunity to offer.

Yeah that’s kind of the story of my life.

I accidentally killed all of my succulents by overwatering them because this is the only way that I know how to love.

The struggle is real, what can I say?

What’s been your biggest fail as of late?