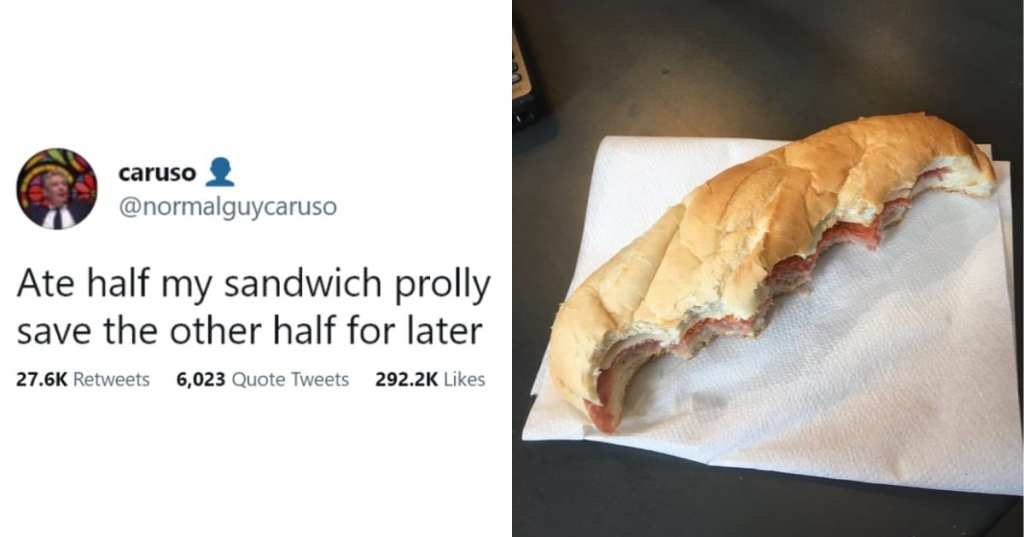 10 Tweets That Will Make Your Brain Stop Working

A lot of Twitter is just the same stuff over and over; political arguments, self-righteous anger over any give topic, pithy little observations, wild stanning, attempted takedowns, attempted jokes, it all just kind of washes over you and moves right past your brain.

But some of it has a very different effect. Some of it is so wild, so ridiculous, so absolutely cringe, that it will not only force you to take notice, but may in fact put a stop to your brain function altogether.

These are ten such tweets. How many are sincere? How many are trolling? How many are copies from some long lost source of equally dubious origin? It’s impossible to say. All we can tell you is to prepare yourself for the worst.

This bit of cringe was originally a reply to a (now deleted) simple, sweet declaration of love from a wife to a husband.

Enjoy it while it last.
Statisticaly the average relationship for a young couple last about 4 years max

Who's gonna be the one that fucks up.
You?
Or him.
Theres absolutely no way to know. Haha.
But its best to have fun in the present instead of worrying about the future ?

I’m gonna need to you go ahead and say sike right now.

I use two!! I like to cross my legs when I drive though so left foot for acceleration and right for breaking!

Oh…well that’s…um…*backs out of room slowly*

This man’s got his priorities straight.

Ate half my sandwich prolly save the other half for later pic.twitter.com/WEJIOKZplj

laid under my bfs mouth while he was sleeping for 20 minutes drinking all of his drool and using it as mouth wash, and i went into the bathroom and i saw i spilled some onto my shirt and now im crying because im such a wasteful fucking idiot

These stans are getting out of control.

my brother told me tomorrow is the worst bts song. why was this boy born? why did i suck his dick? a waste of time and incest ?

Hey where do you live so I can never go there.

I used to chew on my ex's forearm. He had an injury & had sustained nerve damage, so he couldn't feel it. It was the best stress reliever! One of the few things his worthless ass was good for.

2. The speed of sound

I’m going to need to have a serious conversation with 9.2% of you.

What speed do you listen to your music at? I typically do 2x, but sometimes I’ll do 3x for longer songs

I’m sure it’s exactly what he would have wanted.

YOOO I FORGOT I MADE THIS it’s a juul pod w my dogs ashes ??? pic.twitter.com/bhTJWlcX5h

What’s the weirdest thing you’ve seen on the internet lately?