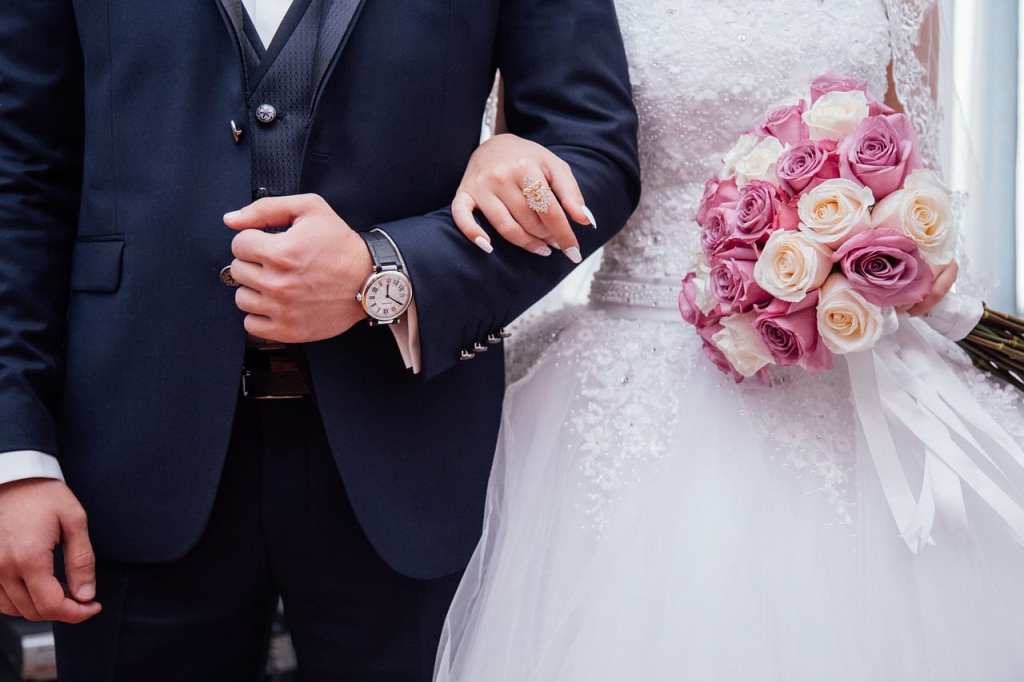 The phrase “Speak now or forever hold your peace” is basically a symbolic element of the wedding ceremony these days. From time to time, though, people take the opportunity to actually share their objections to the union. Shouldn’t they have brought up potential issues a bit sooner? Say, before people had shelled out serious cash for a ceremony?

Once I was at a backyard wedding and a random guy rode by on his bike yelling, “Don’t do it!”

9. The truth came out

I was at a wedding between one of my really good friends and her fiancée who she had been with for nearly 4 years. Then, in the middle of the ceremony, my brother (a year younger than the groom, 26) stands up, yells “We can’t live this lie anymore, Will [the groom],” and proceeds to run up to the front of the chapel and kisses the groom. Instead of objecting, the groom kissed him back and professed his love to him and what a mistake he was about to make. My friend just immediately burst into tears and started screaming about all the time he had cost her. She ran out of the chapel and I followed her.

My grandmother is known for making trouble. She REALLY liked my uncle’s former wife. They flew my grandmother out to the wedding and sat her right at the front, next to the bride’s mother. The priest asks if the parents of the bride and groom approve and bless the marriage. My grandmother straight up says “No.”

7. Seems like she could have brought that up sooner

I went with an ex boyfriend to his cousin’s wedding. Everything seemed fine and normal, until they asked if anyone objected. The bride’s sister made a small coughing noise and asked if she could speak to the two of them privately. Turns out, the bride had a shopping addiction which put her $45,000 in debt, and she’d been hiding it from the groom. Wedding went on after that, but it definitely put a damper on the celebration.

6. A class act in difficult circumstances 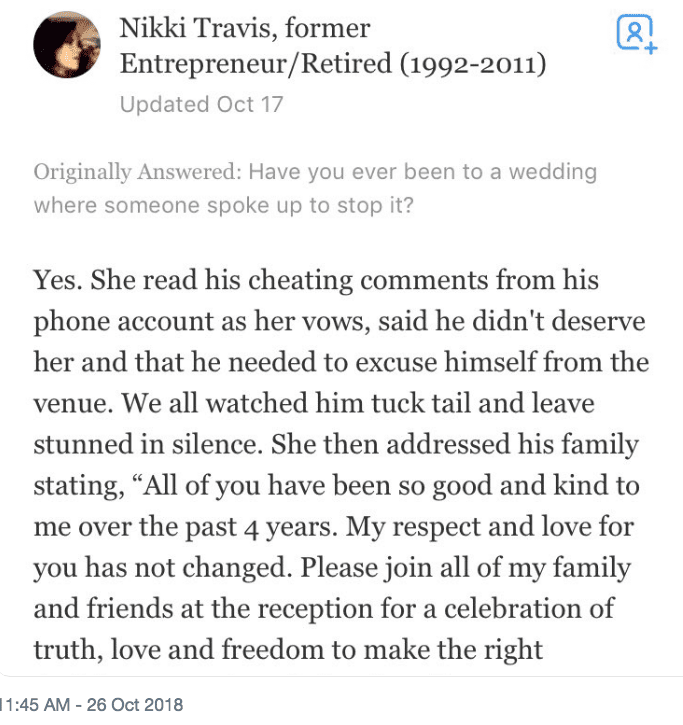 My now-husband asked my father for my hand in marriage before he proposed. My dad flat out said no. My dad talked to me every week in the two months leading up to the wedding and said I don’t have to go through with it if I don’t want to, I wouldn’t upset anyone. We had a destination wedding, and when my parents arrived to the resort, he told me he would fly me home if I wanted to. Right before walking me down the aisle he asked if I was sure and again mentioned flying me home if I didn’t want to go through with it.

When my mom told me that my now ex stepdad proposed, I objected. She threw the ring across my room in a fit yelling at me I don’t want her to be happy.

3. Can you object to your own wedding?

2. He’ll never amount to anything

It was at rehearsal dinner. My aunt’s mother stood up and gave a big long speech about how my uncle wasn’t good enough for her daughter and how my uncle would never amount to anything. My aunt started crying and my uncle told his now mother-in-law to sit down and shut up they we’re getting married no matter what she said. They have been married for 20 years now and my uncle’s mother- in-law hasn’t spoken to him since.

1. As long as you’re amused

I said no at my own wedding. It was a super fast ceremony at our new house with just the officiant and a couple of people for witnesses. When he asked if I took my spouse in marriage (or something like that, I honestly don’t remember), I said no. There was about a beat and then I said yes. I thought it was funny at least.